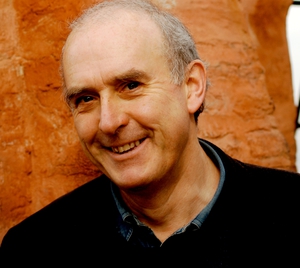 Analysis: As well as being a stunning spectacle, eclipses like this can tell us a lot about the Earth, Moon and Sun

Eclipses are one of the most spectacular events in naked eye astronomy as they are events we can view without a telescope. On Wednesday, there will be a dramatically named super blood moon visible from Asia and Australia although, unfortunately for us, not from Ireland. This is a relatively rare event which happens when there is a total eclipse of the full moon (the blood) and when the full moon is closest to the Earth (the super). As well as being a stunning spectacle, eclipses can tell us a lot about the Earth, the Moon and the Sun.

Total solar eclipses are the most dramatic of eclipses. This is when the light from the sun gets blocked by the moon and for a few minutes, day turns quickly into night. A lunar eclipse, when the Earth's shadow covers the Moon, is a gentler event. The full Moon gradually becomes fainter and redder over a period of a couple of hours. Both types of eclipse can be either total or partial. In a total eclipse the Earth or the Moon gets completely in the way, while in a partial eclipse only a part of either the Moon or the Sun is in shadow.

You can imitate an eclipse with a torch and a small piece of circular card which is slightly bigger than the beam of the torch. Shine the torch on the wall a few feet away and move the card in front of it. You will see a shadow appear and then completely block out the light from the torch. The initial shadow is the same as a partial eclipse, and when the light is completely blocked it is the same as a total eclipse.

Lunar eclipses are far more common than solar eclipses. This is because the Earth’s shadow is bigger than the Moon’s shadow and can be seen by anyone who has a good view of the Moon during the eclipse. So given the right conditions, half the world can see a lunar eclipse.

Why is this week's spectacle called a blood moon?

We know that the Earth’s shadow is bigger than the Moon so all of the Moon’s disk will be eclipsed. At the same time some of the light from the Sun will pass through the Earth’s atmosphere and then onto the Moon. This will cause the Moon to appear red. This is the same as happens during the rising and setting of the Sun or Moon, which appear redder than at other times because mainly red light passes through the atmosphere.

From RTÉ Radio 1's Morning Ireland, David Moore from Astronomy Ireland on the first super blue blood moon for over 150 years in January 2018

Why a super blood moon?

The Moon orbits the Earth roughly every 28 days. During its orbit, it moves from its closest point to the Earth, known as the perigee, to its farthest point, the apogee. The Moon’s distance from the Earth can vary from about 357,000 kilometres to over 406,500 kilometres. If the full Moon occurs at the same time as the Moon is at its closest to the Earth, it will appear bigger and brighter. This is known as a super Moon.

From RTÉ One's Nine News, skywatchers look out for blood moon in 2015

By chance, the Moon and the Sun appear to be almost the same size. In the past when a total solar eclipse happened, it allowed astronomers to see the solar corona, the very hot cloud of gas which surrounds the Sun. In 1919, a total eclipse of the Sun was observed to test one of the predictions of Einstein's theory of General Relativity that the Sun’s gravity would change the apparent position of stars. This was proved correct. Some of the equipment used in these observations was made in Dunsink Observatory in Dublin.

More recently, the Hubble Space Telescope has been used to look at the light from the moon during a lunar eclipse. To make the moon appear red, some of this light would have passed through the Earth’s atmosphere. Astronomers analysed the light from the Moon during the eclipse and could detect the presence of ozone coming from the Earth’s atmosphere. Their work was looking to see if a similar technique could be used to study the atmospheres of planets orbiting around other stars known as exoplanets. Finding oxygen in the atmosphere of an exoplanet would be one of the indicators of life outside of our solar system. As well as being beautiful natural phenomena, eclipses are continuing to make contributions to modern science.

Prof Andry Shearer is Emeritus Professor of Physics at NUI Galway. He is a former Irish Research Council awardee