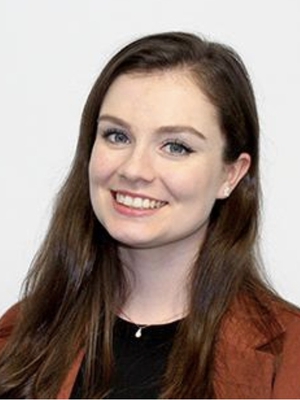 Analysis: Bombus terrestris, also known as the buff-tailed bumblebee, is a model-organism for pollinator research and evaluating how they respond on both molecular and ecological levels could be a step towards saving the bees.

"Save the bees"; This phrase has been meandering through various media platforms and trending hashtags for a while now. But who are these bees? And why should we to save them?

Ireland is home to 99 species of bee. Our collection of bees is composed almost entirely of bumblebee and solitary bee species with just one species of the iconic honeybee established here. One in three of our bee species are threatened with extinction.

This mirrors a much wider decline in insect populations observed in many regions around the globe. For instance, a 27-year-long study by Hallman et al. (2017) in Germany found that insect biomass had declined by three quarters in this time period. Unfortunately, the suspected culprits of insect pollinator declines are all too familiar: habitat loss, pesticide use, disease spread and climate change.

Most people are aware of the critical link between bees and pollination. About three quarters of crops produced globally require animal pollination to some degree, meaning insect pollinator declines could threaten the food supply of our already crowded planet.

To put a number on this, the recent Pollival report estimated that global pollination services are worth between €260 billion and €1.1 trillion every year.

My research focuses on Bombus terrestris, also known as the buff-tailed bumblebee. It is not an endangered species, but a model-organism for pollinator research, much like mice or Drosophila melanogaster, the common fruit fly. Buff-tailed bumblebees are naturally found across Europe and Northern Africa.

Across its range, this species has pocketed itself away in several geographically isolated areas, like Ireland, the Canaries, and Sardinia. Evolution has already caused variances in how this bee acts and looks in many of these places and several of these are classified as unique subspecies.

From Radio 1's News At One, Professor Jane Stout of Trinity College Dublin discusses the efforts that are underway to protect vulnerable bee species in Ireland under a new, all-Ireland Pollinator Plan.

Buff-tailed bumblebee colonies have also become a commodity; they are grown and exported around the world by commercial companies. In Ireland, these colonies are used to pollinate crops like apples, strawberries, blackberries and cranberries.

They are much-loved by growers as bumblebees can forage in our grubby Irish weather and can provide buzz pollination to plants that can't be pollinated without it.

Although these colonies are a great resource for growers looking for pollination services, it’s possible that they may pose some risks to wild bees, including pathogen spill-over, hybridisation and competition for floral resources.

My PhD research is funded by the Irish Research Council and is based in the Applied Proteomics lab in Maynooth University. In a nutshell, the aim of my research is to characterise the native population Irish buff-tailed bumblebee from the genetic level all the way up to the behavioural.

Genetic distinctions can indicate when a population may be on track to diverge from the larger species group and perhaps evolve into a new sub-species or species. Although Ireland is often considered species poor next to Britain & mainland Europe, there are several genetically unique species populations here, such as the native black Irish honeybee rediscovered just a few years ago.

This is a collaborative project involving my supervisor Dr James Carolan (MU), Prof Jane Stout (TCD) and Dr Joe Colgan (JGU, Mainz). Should we find that Irish buff-tailed bees are a genetic resource, we will need to consider how best we can conserve one of our most important native pollinator bee species.

I plan to evaluate how our Irish buff-tailed bees respond on a molecular level to pathogens and pesticides. We do this by identifying which proteins become up or down-regulated in, for example, haemolymph (the insect equivalent of blood) in response to a stressor. This is called proteomics and can let us know what could be happening on a functional level in the body of the bumblebee.

It’s possible that pollination and foraging efficiency may differ across subpopulations of bees, especially those with different genetic backgrounds or those living in different climatic regimes. I want to assess this behavioural aspect of Irish buff-tailed bumblebees to see how they compare with imported colonies in the Irish environment.

It may be that imported colonies provide excellent pollination services to crops and while they may be necessary to sustain food production, they could compete with our wild bumblebees for pollen and nectar.

I am hoping that my research will show the importance of understanding the diversity within different populations of the same species. I anticipate that this research will shed some light on the risks associated with imported bumblebees and I don’t think it is possible to remove every potential threat to our biodiversity.

Anywhere humans and wildlife co-exist, conflicts of interest are sure to crop up. However, we can try to strike a balance. In this light, I believe my research will lead to evidence-based solutions and management strategies that will help achieve the best of both worlds i.e. getting the best pollination services we can while also reducing any risks posed to wild pollinators.

And, perhaps, this will be one step towards how we will save the bees.

Sarah Larragy is a PhD student in Maynooth University funded by the Irish Research Council. Her project aims to evaluate the Irish population of buff-tailed bumblebees on both molecular and ecological levels.