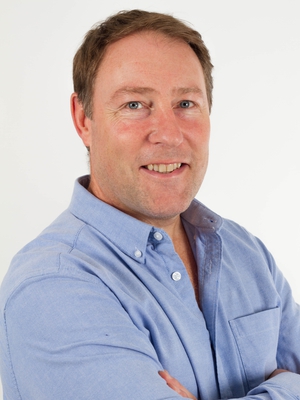 By Ian Sherwin
More from
UL

Analysis: Teams pride themselves in having low penalty counts and refer to 'good discipline' but rarely considered in this context is the influence of the referee who use 'preventative instruction' to achieve this.

While most of the world is on-hold, high performance sport continues under much changed circumstances. There are no crowds in the stadiums, but the world still gets to see and hear sport through live broadcasts, delayed screenings, and streaming clips posted online for viewing at the audience's leisure.

One of the many sports to benefit from continued coverage during the pandemic is rugby union with one of the world’s most eminent competitions, The 6 Nations Championship, recently finishing up in March.

The continued television broadcast coverage of rugby, despite the backing track of pretend in-stadium-crowd noise, is offering fans previously unheard-of access to the player communications within their own team, sometimes with the opposition and often with the officials.

With lower noise in the stadium, these on-field player communications are often picked up on the ref-mics that have been in operation for over a decade.

As broadcasters strive to add a new content to enhance the viewer experience, the ref-mics are becoming more of a feature within the context of the game as more decisions are referred to the Television Match Official (TMO) and the ensuing interaction between the team of match officials.

As rugby union games become faster, more powerful and, arguably, cynical with regard to the interpretation of the laws of the game, a greater amount of pressure and focus is placed on the referee and officials on match day.

Referees fulfil a crucial role to ensure the laws of the game are enforced correctly and fairly as well as to ensure the safety of the players.

Enforcing the laws of the game requires effective communication and interaction with the players, other match officials and sometimes even coaches. Managing players through communication is a key component of referee performance to prevent player hostility, a known stressor for referees throughout a match.

However, this was a great example of a referee applying good game management skills, demonstrating a calm and controlled demeanour with the game in the final ten minutes and only a score between the teams.

Game management is a very broad concept but can essentially be defined as any interaction with players undertaken by the referee that ensures good running of the game.

This can occur both whilst the ball is live or out of play. Game management is one of several key referee performance indicators that are being examined by our research team at the University of Limerick in the Department of Physical Education and Sport Sciences.

Systematic behaviour observation is a process that was developed in education to observe trainee teachers’ behaviours during teaching practice.

The process was first introduced to sport in the 1970s to observe coaching practice and it is upon this foundation that we are examining referees in-game behaviours (performance indicators) to assist in their development.

The aim of the research is not to judge whether or not the correct call was made, that is up to the rugby experts, but in how the communications are delivered, the language used and how it contributes to the speed, safety and space in a game.

In rugby union in particular, the penalty count is critical as it not only presents the non-offending team with an opportunity to improve their field position but also to score more points. Teams pride themselves in having low penalty counts to deny the opposition easy chances and coaches regularly refer to ‘good discipline’ from their teams.

However, rarely considered in this context is the influence of the referee. Referees use ‘preventative instruction’ defined as a communication enabling a player to take preventative action so as not to cause an infringement during live play.

Instructions from the referee saying ‘take a step back’ or ‘keep your bind’ may appear quite simplistic but if adhered to by the players, not only reduces their team’s penalty count but also allows the game to flow without the constant interruption of the whistle.

Building rapport with players and coaches on and off the field is an important part of the game and good communication skills are essential. Match officials work hard as a team to be accurate and fair in their decisions and, similar to players and coaches, every game is reviewed in detail.

By analysing their communications, referees and other match officials can learn and adapt to ensure they contribute and enhance the game as a spectacle.

Some may be of the opinion that a good game is where you don’t notice the referee. However, it may also be as a result of referee’s ability to effectively communicate with the players that allows the game to be so good!

Dr Ian Sherwin is a lecturer in Coaching and NCEF Course Director in the University of Limerick.