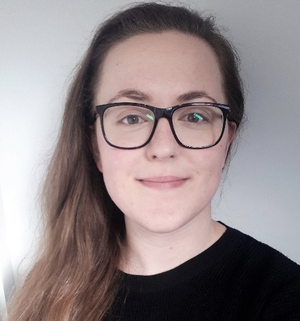 Analysis: Pollen release is heavily dependent on weather patterns and some worrying trends have started to appear thanks to climate change.

You might think it's a little early to be talking about pollen. We generally associate high pollen counts and hay fever with warm temperatures and good weather. "Hay fever" even gets its name from an old-time belief that the smell of hay during summer could irritate the body. The truth is pollen shows up a lot earlier than you might think, and it could be the cause of the "cold" you keep getting.

Pollen itself isn’t usually dangerous, its only when it enters the body that it starts to cause trouble. Once inside, the immune system overreacts and goes in with all guns blazing, producing antibodies and histamine (chemical that causes inflammation).

The results include a range of unpleasant symptoms like: blocked/running noses, sneezing, itchy eyes, coughing, and headaches. Luckily, not all pollen types cause allergies.

Where you live in the world can have a big say on what pollen types you could be allergic to. Ireland is one of the least forested countries in Europe but is covered by grassland, which is why we see grass pollen allergies dominating the summer months.

In Ireland and the UK, up to 95% of people with hay fever are allergic to grass pollen. However, another 25% are also allergic to birch pollen which shows up much earlier in the year.

Birch and other tree allergies are more common in countries that are densely populated with trees. Having said that, the birch pollen concentrations over Ireland have increased over the past 40 years.

This is the result of the increasing number of birch trees in Irish forests and urban areas, as well as high concentrations of pollen being transported from the UK. Last year alone, birch pollen levels across the UK and Ireland reached the highest concentrations seen since the 1950's.

High levels of Birch forecast for the next few days. Birch has been linked with as many as 25% of #hayfever sufferers @WeAreTUDublin are working on innovative detection/forecasting methods for all pollen. Funded by @MetEireann @EPAAirQuality @EPAResearchNews pic.twitter.com/JVFxqYYv3R

Knowing when these pollens are likely to appear can help in avoiding and treating symptoms. The Irish pollen season usually starts at the end of January with the release of tree pollen, several of which can cause allergies including alder, hazel and most notoriously birch.

If you suffer from springtime allergies, birch pollen is likely to blame. You can even develop allergies to other pollen types like alder, hazel, and oak if you have a sensitivity to birch.

This occurs when your body cannot tell the difference between the pollen types and assumes it is the one you are allergic to. This is called cross-reactivity and can result in symptoms developing earlier or later than expected. It can even manifest itself as food allergies.

Overall, trees release their pollen between January-May, lasting just long enough to keep everyone nice and irritated until grass pollen can take over, wreaking havoc on the sinuses.

By the time October comes around the Irish pollen season is practically over, but that doesn't mean an end to your allergies. There are many other allergens floating around that can trigger symptoms even long into the winter months such as fungal spores.

Pollen release is heavily dependent on weather patterns and some worrying trends have started to appear thanks to climate change.

Recent studies have shown that increasing concentration of greenhouse gases not only contribute to rising temperatures but can also stimulate plants into producing more pollen.

These changing weather patterns will also increase the duration of pollen seasons, further extending the risk periods for allergy sufferers.

Many believe longer pollination periods and higher amounts of pollen will lead to more intense allergy symptoms and more people developing seasonal allergies. If that wasn't bad enough the general trend in allergic diseases, not just hay fever, has been steadily increasing for decades.

It has now gotten to the point where pollen allergies are common in countries where it would have been unheard of 50 years ago. At present around 30% of Europeans possess some kind of pollen allergy but this number is expected to more than double by 2060.

It might come as a bit of a shock that people living in urban areas are more at risk of developing seasonal allergies than those living in the countryside, even though the pollen levels are 4-5 times higher in rural areas.

From RTÉ Brainstorm, why your hay fever is going to get worse because of climate change

This is due to the increased pollution levels experienced within urban environments. Many of the pollutants present in cities have a "priming effect", meaning that exposure to these pollutants actually makes you more sensitive to allergens such as pollen.

Pollen in urban environments has also been shown to react with these pollutants making it more potent at triggering allergies.

Pollen might pose a particular risk to the Irish public due to the prevalence of respiratory diseases such as asthma. Ireland has the 4th highest rate of asthma in the world with up to 80% of Irish asthmatics also suffering from hay fever.

This is particularly concerning since exposure to airborne pollen has been shown to seriously exacerbate asthma.

The future might suddenly be looking a lot sneezier and wheezier so it’s important to know how to tackle your seasonal allergies accordingly. Whether it’s stocking up on antihistamines or avoiding the outdoors during peak days, pollen has shown it is nothing to be sniffed at.

Emma Markey is a PhD student at the School of Chemical Sciences at DCU and is a Government of Ireland Postgraduate awardee.