Analysis: international companies often package their product with specific language and imagery in an effort to connect with local consumers

Revealingly, this new addition to the cityscape maintained the strategy of trading on local identity, even responding to the divinises of options presented in the earlier Bulmer’s advertisement. Like Kia’s recent "Baile Átha Kia" campaign, Škoda's "Made for Ireland" or AIG's sponsorship of Dublin GAA, international companies are not averse to wrapping their product with local language and imagery in an attempt to connect with Irish consumers.

From RTÉ Radio 1's Colm O'Regan Wants A Word, a look at the word of marketing

One way of understanding this strategy in advertising is through the concept of "glocalization". A relatively new neologism, combining as it does the words globalization and localization, it apparently originates from the Japanese word dochakuka (indigenization), which refers to global localization in the context of farming techniques.

By the late 1980s, the term was being used to describe the way companies like Sony sought to avoid the unwelcome and imperial "odour" of Japan in Asian markets. As such, it describes the practice of international companies tailoring their products and the advertising of their products to local tastes. Typical examples include Domino’s use of menu and pricing innovations in the Indian market, Coke Cola's use of the Danish Flag in their marketing in Denmark or Nike's "Year of the Rat" sneaker collection for Chinese New Year.

From RTÉ Archives, Jim Fahy reports for RTÉ News on green telephones in the shape of Ireland produced for the Irish-American market in 1990

Deployed and developed by the sociologist Ronald Robertson as the local cultural adaptation and redefining of "any global cultural product to suit...particular needs, beliefs and customs", glocalization can equally describe how local cultures adapt, resist and define themselves in opposition to global standardisation. The term is thus rich enough to describe something deeper than the homogenising effects of globalisation as "Westernisation", or to be more precise "Americanisation", or even "Californication" visible in corporate marketing strategies and its resistance. Such resistance will no doubt in time come to be co-opted by corporations such as Pepsi.

We are right to be suspicious of such practices. Though glocal marketing can describe the tailoring of products to local tastes, glocalization often simply describes the cynical masquerade of localisation. This homogenized standardization with a nod to local flavour (the cúpla focal) has been called the "McDonaldization" of the world. Here, culture is shorn of its natural hybridization or synthesis and the local is but another colour to choose where the blend of the homogenized contents remains unchanged. Instead, unlike practices of hybridization or creolization, a predictable local seasoning is wrapped around the product. This does not mean that companies have not spectacularly failed at such wrapping. French mobile telephone company Orange understandably had to change its "the future’s bright…the future’s Orange" slogan in Northern Ireland.

Perhaps no domain of contemporary life illustrates the scope and inequities of globalisation like soccer where the elite clubs are notable players in glocal marketing. Increasingly untethered from their locality, soccer clubs are the vanguard when it comes to rebranding to suit regional markets. Real Madrid for example, have removed the cross from their crest for Muslim fans in Morocco and Juventus have explicitly rebranded their identity for people "not interested in sport".

From COPA90, how RB Leipzig became the most hated football club in Germany

These efforts may be met with cynicism, yet they reveal a corporate sensitivity to local language and visual culture in a globalised world. Nonetheless clubs like RB Leipzig, who are seen solely to exist to advertise Red Bull, have been met with repeated resistance and disdain in part due to their inability to authentically communicate localism.

The philosopher Zygmunt Bauman has argued that glocalization is an undemocratic and enforced unidirectional phenomenon typical of the inequalities of globalisation and went so far as to equate glocalisation with a forced marriage. Glocalization often serves to reinforce inherited imagined communities of national and sub national divisions. In these cases, the local is typically defined from above and in clichéd terms that singularly focus on what will sell.

This need not be the case, as seen by the recent SAS "What is truly Scandinavian" campaign, which deploys a positive glocal hybrid identity. As a process and corporate tactic, it is a potent practice that reveals much about the visual culture of contemporary globalisation. Recent Dublin examples show that contemporary corporate glocalization routinely goes deeper than the national market. In an Irish context, the county unit is the most straightforward locus of local identity as we can see this reflected in the market-specific approaches adopted.

These efforts may be met with cynicism, yet they reveal a corporate sensitivity to local language and visual culture in a globalised world

The appeal of the glocal is obvious. It offers the company an opportunity to have its cake and eat it too. Where the local usually signifies historical authenticity, the global simultaneously signifies "Western" modernity. The glocalized advert, as visual and linguistic analysis reveals, "metaphorically construct[s] itself both as a sophisticated cosmopolitan and as a friendly next-door neighbour". 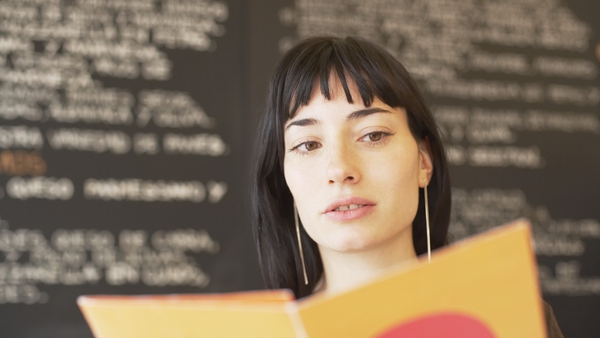 What does your choice of food say about you? 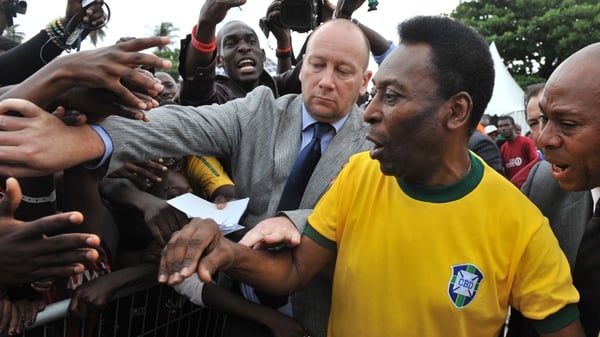