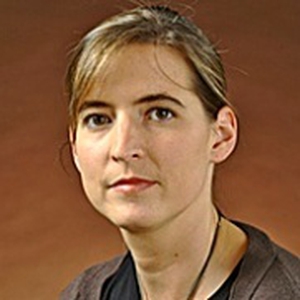 Opinion: as the Irish revolution unfurled, the sexual politics of the time narrated the story and framed the picture

Imagine if someone asked you how including men in the story would change the history we write? Crazy, right? I have been asked that question about women in Irish history throughout my career. It is the wrong question. It always has been. The real question is why were women omitted? And why is their 'inclusion' still contingent and still largely about adding to, rather than transforming, the history we write?

History is not sitting in a box waiting for us to write it. History is what we construct out of the archives and sources we use. The history we write is only as good as the questions we ask of the past, the sources we use to answer those questions and the analytical skills, imagination, and empathy we bring to the task.

I was recently appointed the first Chair of Irish Gender History at UCC. Born in the early 1970s, as Ireland's second wave feminist movement burst on to the scene, my life has tracked with the course of the long battle to include women in both the narrative of Irish history and the academy that constructs that narrative.

From RTÉ Archives, "don't be flappers". Maud Gonne's advice for Irish women and recollections on the struggles of feminism as recorded in an interview with Eileen Dixon in 1945

We tend to write first the history of ourselves – or at least the versions of ourselves we want sanctified in the ‘master’ narrative of Irish history. The dominance of white, middle-class men in Irish academia resulted in a history that mirrored that demographic. In the public realm, this was compounded by a need for a heroic model of history to validate a poor and potentially fragile state in 1922. History starts as the present. Before the ink is dry on events, they are being ordered and prioritised and so they are always enmeshed in the value system of their creation.

As the Irish revolution unfurled, the sexual politics of the time narrated the story and framed the picture. During the Irish Civil War, a cinematographer attempting to film the fighting on Sackville Street (today's O’Connell Street  reportedly shouted at a woman who ‘coolly cycled’ up the street: ‘That girl…has ruined my picture. I’ve risked my life for nothing for no one will believe that serious fighting is taking place if a girl cycles through the thick of it.’ His point? Things should look and be recorded as people expected them to be, and people did not expect or want women in the frame.

That the ‘girl’ was also risking her life dispatching messages to combatants was not the story he wished to capture. She was the then almost 30-year-old Márie Comerford, a member of Sinn Féin, Cunman na mBan and the White Cross. She was arrested several times for attempted kidnapping and jury tampering, among other things. Comerford herself made no great claims for her role, describing herself as a ‘small drop of oil helping make things work’. However, that is a rather powerful point. Understanding how things are made to work requires seeing as much of the messiness as we can and resisting the temptation to ‘clean’ up the image to satisfy the demands of the present.

From RTÉ Archives, key Cumann na mBan figure Máire Comerford describes the return of Constance Markievicz to Dublin after her imprisonment in England

Historians inspired by the second-wave women’s movement realised that both sources and historians are embedded in the sexual politics of their birth. From the start, this new history sought to see not just the obvious women – the big players most easily understood in masculine terms of power, such as Constance Markievicz - but also those ‘just surviving’ or ‘making things work’. The best of that history demonstrates that you don’t just get a sexist history by omitting women, but you also get a distorted history.

However, women's history has not just ‘added women’. It has transformed social and cultural history, pioneering a range of methods and broadening the idea of what is considered historical in Irish history. That said, there remains a resistance to rethinking the ‘master’ narrative of modern Irish history and a tendency to give women a chapter, to believe gender is only relevant to women or to omit a consideration of gender altogether.

I began a PhD in 1996 after reading about the closure of the last Magdalene asylum in Ireland. I wanted to understand how a culture that valorised motherhood could subject single mothers to such structural violence. I had to bat off scepticism regarding whether or not my topic was really history and/or real history. I doubt there are too many people left in Ireland today who think our treatment of women and children, our brutalisation of the vulnerable, and our cavalier disregard for women’s bodies, is not central to the fibres of our history as a society. Yet this knowledge has not resulted in a fundamental rewrite of 20th century Irish history.

Gender is a construct of power, designed to control behaviour and order society. It is at the heart of what we need to know and understand about ourselves, particularly as the prejudice and discrimination which has underpinned it continues to kill.

Women’s history has demonstrated that silence makes a noise all of its own and that we should be trained to hear it. This way of thinking will guide us to disrupt powerful embedded narratives about gender, class, race and ethnicity. It should be our call to action.

The rallying cry of the second-wave women’s movement was ‘the personal is political’ and the genius of that concept continues to inform my life and work. My very privileged position in UCC is funded by the Irish Government's Senior Academic Leadership Initiative established to correct gender imbalance in academia. This is deeply personal and political. While we should celebrate the scholarship in women’s history, we have a way to go to dismantle the instinctive gender bias of either the discipline of history or the academy.

I defy you to read the Bureau of Military History witness statements and ever again imagine a scene without a ‘girl’ cycling through it. These statements reveal not just that women were there, but that their presence altered the maelstrom of revolution.