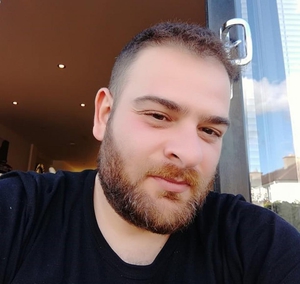 Analysis: while the negative nature of a lie is self-evident, early Christian teaching permitted occasional deception

Since birth, every human being is taught that some inherently bad things exist which must be avoided. Undoubtedly, one of them is lying. Indeed, the negative nature of a lie and the positive content of the truth is self-evident to all humans without exception, regardless of religion, culture, and nationality.

But most people could argue that this is not absolute. They'd argue that an "innocent lie" could not only be harmless, but even beneficial in some cases.

So what is the viewpoint of Christian ethics on the issue? Does Christian theology approve the use of falsehood in given circumstances? Theologically speaking, dishonesty is one of the worst passions and one of the greatest sins that humans may commit, and this originates already from the Bible. It is not a coincidence that there is a well-known commandment by God in the Mosaic Law about mendacity: "thou shalt not bear false witness against thy neighbour" (Ex 20:16).

From RTÉ Lyric FM's Culture File, Rob Long on the satisfying, necessary quality of lies in a writer's life

In the Old Testament, we can identify plenty of other passages against lying, such as "you hate all evildoers; you destroy all who speak falsehood" (Ps 5:6-7) and the "as long as I have life within me, the breath of God in my nostrils, my lips will not say anything wicked and my tongue will not utter lies" (Job 27:3-4). In the New Testament and particularly in Matthew's Gospel, there is Christ's teaching "Say, 'Yes' when you mean 'Yes' and 'No' when you mean 'No'" (Mt 5:37).

In addition, Christianity emphasises love and respect and utterly supports trustful relationships. Such relationships cannot be based on lies, as deception is not associated with respect, trust or, of course, love. We could safely say therefore that lying is incompatible with the concepts of ethics and morality.

In the early Church, the more widespread view in both East and West was one that permitted occasional deception. This was until the emergence of St. Augustine's teachings, which resulted in the formulation of two different views on the subject. He expressed the view that using a lie is inherently evil and this is something that cannot be altered or even mitigated, even if it derives from caring and affection.

From the School of Life, what philosopher and theologian St Augustine had to say about success and failure

Augustine said that the use of falsehood was immoral even if it was intended to benefit the recipient and stemmed from a pure concern for them. He justified his views by using several examples, including claiming that a person may not lie to save someone else's life because it is not right to endanger someone's "eternal life" for the sake of someone else's "temporal life", since the former is much more important than the latter. Such views have been embraced since by the majority of the Catholic Church.

However, a different viewpoint burgeoned in the East. Since the time of ancient Greece, Plato considered lying to be as "useful as a medicine" in some cases, stating that its use should be allowed but only by doctors. Eastern Church Fathers, especially St. John Chrysostom, accepted this Platonic view, making clear that deception is sometimes not only useful but even necessary, highlighting the great benefit that derives from its employment. Unlike Augustine, Chrysostom saw the prohibition of lying as not absolute, but depending on the good intentions and good results.

Eastern Christian Tradition went one step further, declaring that this deception employed by doctors could be expanded to be employed more widely. In fact, for Orthodox Ethics, there are some occasions in which the use of deceptive means could be acceptable. These occasions are when there is an urgent need to achieve a goal and lying is the only way to achieve it; when the salvation of a human life is at stake; when a soul must be protected from spiritual harm and when the action is done with purity and exclusively for a good purpose. These views are supported by the Orthodox tradition, which accepts the use of falsehood, under these conditions.

Although Christianity considered lying to be a terrible passion and serious sin, two different schools of thought developed since the creation of the early Church. In the Eastern Tradition, there are specific conditions during which the use of falsehood may be approved, while Latin Tradition does not accept the employment of falsehoods, even if they are used under the aforementioned conditions.

All in all, long before the big Schism of 1053, the distinction between the Eastern and Western churches was more than obvious since the two Churches were essentially already long ago divided. With the example of the different standpoints regarding lying, it can be easily comprehended that even the moral theologies of both traditions began to diverge many centuries before the main separation.

Angelos Mavropoulos is a PhD candidate in Christian Ethics at DCU