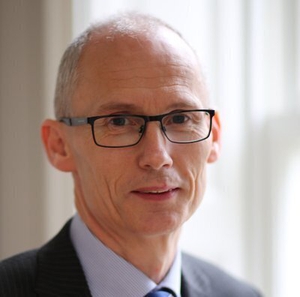 Opinion: the many thousands who want to speak Irish need opportunities to do so and make it a living language beyond the classroom

It is that time of the year where our first official language gets public attention through the events of Seachtain na Gaeilge, the Irish language 'week' which actually lasts for two and a half weeks. These events remind broad swathes of the public that Irish still exists as a living language in many parts of Ireland and across the globe. The events provide a focus for teachers and students in their efforts to use Irish at whatever level they can. The public airing of the Irish language tends to stir strong positive and negative emotions among people and demonstrates that the Irish language is important to many of us at a deep level.

For some people, the annual festival reminds them of how central the language is and how it can link us to our heritage, culture, and traditions. For them, it stirs up emotions of sympathy, fervour, passion, and attachment and may spur them to reconnect with the language and enrol in Irish languages classes.

For others, the language induces anger, cynicism, pessimism, and apathy. Launching this year's Seachtain na Gaeilge, President Michael D Higgins noted that the cultural trauma of imperialism has shaped our emotions about Irish and I think this helps to explain why our emotions in this regard, both positive or negative, can be so strong.

It would be hard to improve on the eloquence of Seamus Heaney’s statement on Irish. "Not to Learn Irish is to miss the opportunity of understanding what life in this country has meant and could mean in a better future. It is to cut oneself off from ways of being at home. If we regard self-understanding, mutual understanding, imaginative enhancement, cultural diversity and a tolerant political atmosphere as desirable attainments, we should remember that a knowledge of the Irish language is an essential element in their realisation."

Is your New Year's resolution to improve your Irish? Be sure not to miss out on this event next Wednesday! ????https://t.co/tpIkmPnEM4 pic.twitter.com/k0D7rJXpsH

I particularly like his reference to "a better future". While the language links us to our heritage and past, its real purpose, in my opinion, is to help us to gain a deeper understanding of ourselves, why we think and act as we do, and how this understanding can help us build that ‘better future’.

Much of the debate on Irish focuses on the language as a means for communication. This is undoubtedly very important, but Irish also transmits our culture and our world view. It enables us to understand the human experience of our ancestors and to draw on the wisdom of millennia encoded in the language.  Many people who speak Irish regularly do so because it gives an extra dimension to their lives. They feel different when they speak Irish. They are not unique in this: bilinguals who speak English and Spanish, for example, talk about feeling different when speaking each language.

From RTÉ 2fm's Louise McSharry show, Radio Na Life presenter Ola Majekodunmi on learning Irish as an adult and the best way to do it

Conversations about Irish tend to be inward focused, often directed at our failure to revive the language as a means of communication. However, there is a wider context where hundreds of languages face the same challenges as Irish, namely competition from major world languages. It is estimated that there are over two billion speakers of English in the world, about a quarter of the world’s population.

The growth and spread of English are linked to political and economic power. As English flourishes, many other languages become endangered and are at risk of extinction, just as Irish was in danger by the end of the 19th century. While climate change is leading to the destruction of many species, imperialism and globalisation is leading to the extinction of hundreds of endangered languages. As language is the primary medium of cultural transmission, linguistic and cultural diversity are being diminished at the same time.

From RTÉ Radio 1's Ryan Tubridy Show, broadcaster Sinéad Ní Uallacháin on the new TG4 documentary that is looking to change how we think about Peig Sayers

Despite many failures, the preservation of the Irish language has been quite remarkable. The language is still available to help us understand who we are and to create Heaney’s ‘better future’. But each generation needs to make a conscious decision to choose Irish. Speakers of major world languages don’t tend to learn minority language because they lack political and economic power. For us to learn and speak Irish, we need to see its value from the perspective of our culture and our heritage rather than merely communication or words.

Conversations about Irish invariably turn to how it is taught in schools: "if only the teachers had better Irish and it was taught better, we would all be speaking Irish". The reality is that schools have achieved a great deal, but that alone will not increase the number of active speakers of Irish.

Ultimately, it is communities not schools that save languages

We are approaching the 50th anniversary of the gaelscoil or Irish-medium school movement. Over that half-century, thousands of very competent speakers of Irish who learned the language in a positive environment and developed a love for the language have graduated. Thousands of others have been fortunate to have the means to experience Irish on Gaeltacht courses.

But they need the opportunities to speak Irish and make it a living language beyond the classroom. Initiatives such as Na Gaeil Ógá, the Irish-medium GAA club, and youth organisations such as Cumann na bhFiann, Ógras and Feachtas are good examples of this. What the gaelscoil movement has shown is that we are capable of learning Irish well, but we are lacking the community context where the language as a bearer of culture can survive and flourish. Ultimately, it is communities not schools that save languages.

Prof Pádraig Ó Duibhir is Deputy Dean at the Institute of Education at DCU.