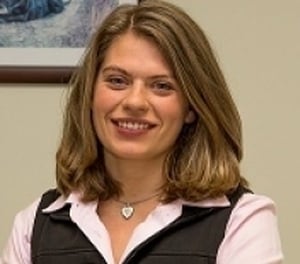 Analysis: the route to land ownership and inheritance for women in Ireland has never been straightforward

The route to land ownership and inheritance in Ireland has never been straightforward and those women who do own land have always represented the exception to the rule. In early medieval Ireland, such an exception was referred to as 'banchomarbae'. A banchomarbae was a female heir, an occurrence arising only on the death of a father without a living son. A banchomarbae acquired a certain amount of contractual capacity which she would not have had as a woman who had not inherited land.

From RTÉ Archives, attitudes to women farmers in 1986

But under Brehon law, the female landowner typically only inherited a life-interest in the land and the property reverted back to her father's kin when she died. She was thus not entitled to pass her property on to her children, except where the land holding was relatively insubstantial.

Such a process continued through to the introduction of the feudal system where daughters had no inheritance rights. Different forms of land transfer were used under the feudal system. A legal instrument known as a fee tail was created in 1285 in response to the demands of landowners for an estate which would be retained within the family. Succession under a fee tail was confined to the direct descendants of the original holder of the estate known as ‘the tenant in tail’. The descendants were identified by the ancient heirship, which favoured the eldest son, but in the absence of a son, daughters could inherit as co-owners jointly.

From O'Brien Press, author Jo Kerrigan on her book Brehon Laws: The Ancient Wisdom of Ireland

By the 17th century, it was commonplace among Irish landowning families to settle land so that it was subject to a fee tail male. This practice meant that women were explicitly excluded from inheriting their family estates. In families without sons, it was nephews, male cousins and grandsons that were named as heirs before daughters. Even when a man wished to recognise his daughter as his heir, he may have been prevented from doing so through the will of his father or grandfather which had entailed the land to male heirs only. It was rare for a woman to be identified as an heiress to her father in a post-mortem enquiry. From the early 16th to the mid-17th century, only 24 out of 737 post-mortem inquisitions identified women as the next heirs.

But over time, the potential for land passing to female heirs expanded. Daughters began to be recognised as an heiress if a man died without male heirs. The landholder’s daughters might be listed successively, according to age, or it might follow common law practice and divide the property among all the daughters of a man without sons or male heirs. The Married Women's Property legislation in the late 1800s equalised the position of married women in terms of the acquisition and control of land. Over time, the fee tail became less popular until it was effectively abolished by the Land and Conveyancing Law Reform Act 2009.

From BBC News, the women denied rights to own land

Despite these advancements, the patriarchal context within which land ownership operates continues to this day. This means that women rarely own farms independently or own the land they work on; instead, they farm land which is owned by their husband, brother, or father. In 2016, only 22% of the 71,700 females working on Irish farms were owners of the farms on which they worked.

This is central to gendered power divisions within farm families, that reflect the history and social norms of land ownership in Ireland. The pervasiveness and continuance of male land ownership is an integral element of the ideology which positions men at the heart of farming. An EU study into aspects of gender and agriculture across six European countries indicated that the traditional gender role ideology is still very much alive.

Women’s roles have been neglected in the tumultuous history of the land ownership struggle. Gender balance in farm ownership represents one of the final elements of that struggle. The role of women in Irish business and society has advanced significantly in many ways - and the time has come for the role of women in agriculture to change too.