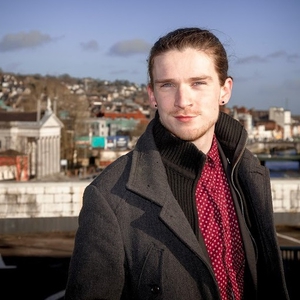 After a moment’s quiet contemplation together, the shorter of these two companions activates a countdown timer which, after a time, causes his compatriot to self-destruct. Another sparse intertitle bears the caption ‘1993–2021’ and shows two hands in a triangular formation (a gesture which has long been emblematic of the group and recalling the pyramidical stage design of their Alive 2007 tour and concert album).

In a final shot, almost two minutes in length, the ethereal looping refrain of Daft Punk and Paul Williams' 2013 collaboration ‘Touch’ accompanies a sunset over the extra-terrestrial Californian salt flats, as the one surviving robot departs into the horizon line alone.

No longer playing in your house: Daft Punk say goodbye

This was how electronic music pioneers Daft Punk announced the end of their 28 year collaboration together yesterday afternoon. In the hours since its release, this lengthy clip has been viewed in excess of 12 million times. Given the duo's extraordinary musical and cultural legacy from the past three decades, this elaborate gesture seems fittingly over-the-top and cinematic.

But it is unsurprising that yesterday’s announcement has been met with a diverse array of less than positive sentiments from followers and commentators alike, ranging from confusion to melancholy and, perhaps most palpably, frustration. Many members of the group’s fanbase clearly believe that an announcement of new music would have been much more in order after the group’s apparent eight year hiatus.

In light of this sudden and pervasive discontent, it's essential to flag a number of lesser-acknowledged points which seem to have been lost amid the furore the past 24 hours. By recontextualising yesterday's announcement amid the wider trajectory of the duo’s career, this news of the duo’s cessation comes as far less of a surprise. Moreover, it may even be seen as a fitting – if bittersweet – conclusion to the pair’s decade-spanning collaboration.

From RTÉ Arena in 2017, Jim Carroll marks the 20th anniversary of the release of Homework, the debut album by Daft Punk

While the news may come as a disappointing revelation to many followers (in an era where good news is at such a premium), the duo’s career has long been characterised by a very measured yet impulsive relationship with their craft. One half of the pair, Guy-Manuel de Homem-Christo, spoke to this exact characteristic of their working relationship in a 2006 interview with The Age. Intriguingly, he aligns this same trait with all of the pair’s artistic endeavours (whether musical, cinematic, or otherwise): "whether it's making music or directing a video, whatever we do we do it quickly. When we have a good work dynamic we don't need to ask too many questions of each other."

This approach to creativity serves as a convenient lens through which we might assess all Daft Punk’s output, as composers, producers and filmmakers. It's an approach which was equally capable of spawning the repetitious, subterranean loops of 2006's Human After All (recorded in six weeks) and that album's inordinately more elaborate follow-up album Random Access Memories (conceived and recorded over five years).

Daft Punk's Human After All album from 2006

It is also an ethos which affords us a remarkable insight into the decisions informing yesterday’s reveal. Although the pair have yet to comment on the breakup, it is difficult to imagine that this decision was any less of a part of the wider and meticulously considered vision which has dictated the past 28 years of their musical collaboration. With this in mind, the group's announcement not to release more music under the Daft Punk brand (and their resolve to share the announcement in this curious manner) might be reassessed as a similarly precise, measured decision, rather than one which occured simply 'out of the blue’.

In fact, this popular narrative around the announcement, that it arrives unexpectedly, in the wake of an ‘extended hiatus’, radically downplays the central place that de Homem-Christo and Thomas Bangalter have occupied in popular music of the past decade. Daft Punk have been responsible for sculpting the sonority of some of the last decade’s most memorable and most played music. They have done this as both solo contributors (Bangalter produced Arcade Fire's 2017 record Everything Now, while de Homem-Christo has worked with Charlotte Gainsbourg, Sébastien Tellier and Kavinsky) and as a unit (working with The Weeknd, Pharrell Williams and Australian band Parcels’ Overnight single). The idea that the group have been anything less than omnipresent in popular music since the release of their last record in 2013 is a fallacy.

We need to keep in mind the indelible impact the duo had on the sound of popular music over the past decade. Revisiting the duo's 2013 landmark and final release Random Access Memories makes the trajectory of their career together (and yesterday’s announcement) all the more coherent.

In a peculiar coincidence, I found myself watching footage at the weekend from the 2014 Grammy Awards, at which Random Access Memories was named Album of the Year. Although Bangalter and de Homem-Christo’s faces are obscured in their usual robotic apparel (reworked in white ‘formalwear’) and they remain silent throughout the acceptance speeches (‘Touch’ collaborator Paul Williams speaks on their behalf), the unmistakable sincerity of the hug shared by the masked duo as they are announced as winners is exceptionally telling of that evening’s significance in their career together. It almost feels like a logical completion of their journey.

Even without the knowledge of yesterday’s breakup, the candour of this moment has a curious, almost cinematic finality to it. Knowing that this award was in recognition of the pair’s last recorded collaboration, it seems that the ‘robots’ of Daft Punk had completed what they had come here to do. Perhaps they even knew back then what we all only discovered yesterday. 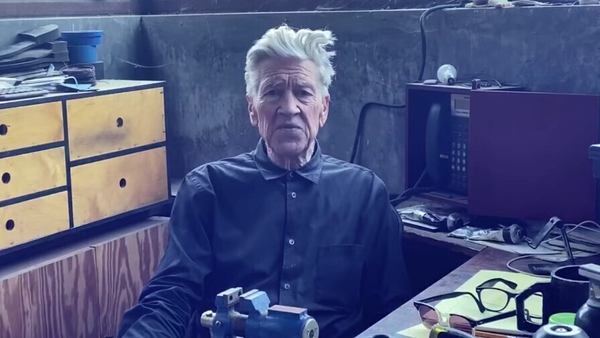