Analysis: many of us would struggle to identify hurlers on the pitch because their faces are hidden under helmets during games

When UCC's Micheál Murphy walked off the field at Croke Park after a hotly-contested Fitzgibbon Cup game in 1969, the young midfielder had written himself into the history books and helped change the sport of hurling forever. Murphy had fractured his skull a few years earlier. Wanting some extra head protection for this damp February afternoon game, he jogged onto the pitch wearing a Canadian ice-hockey helmet on top of his head.

It was the first recorded use of a helmet at Croke Park and would go down as a pivotal moment in the history of the sport. A friend of his, Des Walsh, had sent Murphy the helmet from Ontario. The crowd at Croke Park, as well as his UCD opponents, were stunned at Murphy's piece of safety equipment. Some thought it was a motorcycle helmet and quickly gathered around him after the final whistle to get a closer look.

For decades an optional choice, helmets were made mandatory for players across all levels of hurling and camogie at the start of 2010. They are now an essential part of every match across Ireland. Since being made compulsory, helmets and face guards have significantly reduced the number of head and facial injuries suffered. Studies published in the British Journal of Sports Medicine have shown that injuries to the face and eyes, plus the number of concussions endured by hurlers, have dramatically gone down.

From RTE Archives, Cathy Halloran reports for RTÉ News in 1990 on how 40% of hurling injuries were to the face or head which could be prevented by wearing a helmet or visor

The safety benefits of wearing helmets has been an unquestioned success story for player welfare, but their introduction came as a shock to many traditionalists. Some nostalgic hurling fans still pined for the days when stars like Seán Óg Ó hAilpín, John Mullane and Dónal Óg Cusack went without helmets.

Writing in the Irish Examiner last year, journalist John Fogarty lamented that the sport left behind a touch of its unique personality after the GAA made helmets mandatory in hurling and camogie. "Gone were the buzzcuts of Maurice Shanahan, Tony Browne, the McGrath brothers, Eoin Kelly and the white blonde head of John Mullane," he wrote. "A team bursting with personality had been hooded."

Helmets hid the stars of hurling, and as a result they became less recognisable. With no defined squad numbers, no names on the back of jerseys and now helmets hiding their hairstyles and facial features, it became more difficult to tell players apart. Many argued that this was completely irrelevant: the appeal of successful GAA teams is the collective, not the individual, the team, not one player standing out. You play for the pride of your county, your parish. "Play for the name on the front of the jersey," as the old saying goes.

From RTÉ Radio 1's News at One in 2019, orthopaedic surgical registrar Dr Tony Farrell and the GAA's Director of Games Development and Research Pat Daly on the serious impaling injuries arising from modifications players are making to helmets

From a marketing and image standpoint, however, hurling stars are undoubtedly less recognisable than their Gaelic football counterparts because they play their sport beneath helmets. This is not an issue unique to hurling. Other sports like American football, cycling and hockey also use headgear.

But athletes in these sports aren’t less known because they wear headgear so why should it be considered an issue in hurling? Well, NFL players do have squad numbers and names on their jerseys. Cyclists stand apart with their team’s jerseys, designs and patterns on their helmets and thanks to helpful animations and cues during TV broadcasts that tell the audience who is who.

A trick which the GAA missed, Fogarty says in his column, is an accompanying marketing plan that should have been rolled out after 2010 when helmets were made compulsory. If a by-product of helmets was that they made the GAA’s stars less recognisable to audiences, there were other ways to boost players’ profiles instead.

From RTÉ Archives, Joe O'Brien reports for RTÉ News on the launch of new helmets for hurlers in 1986

Prior to the 2020 All-Ireland camogie final, the Camogie Association printed both the Galway and Kilkenny team sheets with accompanying headshots of the players — something they have done for years, but is not commonplace within the GAA (while headshots are included in All Ireland programmes, they're not on the teamsheets within). "Always love the way the Camogie Association put headshots in their All-Ireland match programme," tweeted Irish Times sportswriter Malachy Clerkin. "God forbid the GAA would ever do likewise. How many Irish sports fans could pick Gearoid Hegarty, Stephen Bennett or Tadhg De Búrca out of a line-up? Top three in the betting for hurler of the year."

It’s an interesting point. Hurling’s top, top stars will always be more recognisable because they appear in newspapers and magazines, are interviewed on TV and feature in advertisements. But a large portion of the sport’s players wouldn’t be so easy to identify without their headgear on, which means they are missing out on the endorsements and profile that come with being an elite level athlete.

There is much potential to boost these players’ profiles without the need to compromise their safety. Individual squad numbers have always been a thorny issue within the GAA. They were adopted by Derek McGrath's Waterford side back in 2015, but faced a backlash and are viewed as impractical.

Other solutions include putting players’ names on the backs of their jerseys. This idea has been floated for years, but never given serious consideration as it flies in the face of, once again, tradition. Flashing players’ faces onto a corner of the TV screen after a prominent score is another potential consideration for broadcasters (RTÉ do display players’ faces before throw-in during the team line-ups).

Even that very simple decision to include headshots in matchday programmes is a step in the right direction. Stickers and Cúl Heroes trading cards are also great ways for younger fans to get to know their favourite players and what they look like.

These are all possible solutions which would help boost the profile of hurling’s stars and allow them to be more prominent figures in an age where helmets are necessary and mandatory. Prior to 2010, faces like Ó hAilpín, Mullane and Óg Cusack were known across Ireland by hurling fanatics and casual fans alike, because they were much more visible. Times have changed, and the sport must adapt from a marketing and communications perspective if hurling wants to sell itself to a mass audience in this new age where player welfare must be the top priority before all else. If the GAA wants to appeal to a mass audience and bring in new fans, the general public must be able to identify the sport’s top stars as a starting point.

From RTÉ Archives, Caroline Erskine reports on a 1986 GAA conference on sporting injuries

Gearóid Hegarty was in stunning form last year, leading Limerick to the Liam MacCarthy Cup. 713,000 people watched RTÉ 2 as he scored 0-7 and was named Man of the Match in the All-Ireland final. He has been nominated for Hurler of the Year for 2020 and is the firm favourite to pick up the award.

But if you bumped into Hegarty at the shops, would you recognise the 26-year-old forward? Of course, hurling fanatics would recognise Hegarty. It's another question if a large percentage of the public outside Limerick would be able to identify one of Ireland’s most talented athletes, in one of the biggest sports in the country.

Increasing the marketing of the GAA brings into question how far the organisation wants to develop between the lines of amateur and professional. Names on jerseys, squad numbers, increased social media presence and celebrity sports stars are all the hallmarks of 21st century professionalism in other global sports. Whether the GAA and its fans want to go down those avenues remains to be seen for a sport which proudly promotes its amateur status.

It’s also worth pointing out that many hurlers might not want the added profile and scrutiny that comes with being in the public eye. These are elite athletes playing at the top of their sport and watched by hundreds of thousands every week in Ireland. But they are also people who go to work every day and deserve their right to a private life outside of their sport.

The GAA and hurling have come a long way from Micheál Murphy’s unique headgear imported from Canada in 1969. "He used to get an awful time," said Dr Paddy Crowley, a team-mate of Murphy’s. "They called him the spaceman."

Whatever arguments about how best to promote hurling in a modern age, Murphy's brave decision to don an ice-hockey helmet 52 years ago helped change the face of GAA for the better. The best way to promote hurling and camogie’s star players — and to what extent we want to market them within the confines of an amateur sport —  in a safe environment, is an intriguing challenge for the GAA to tackle. 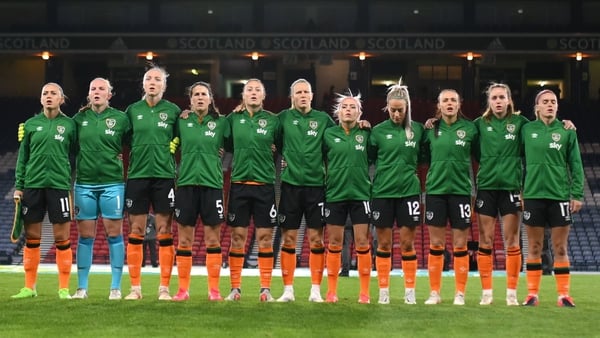 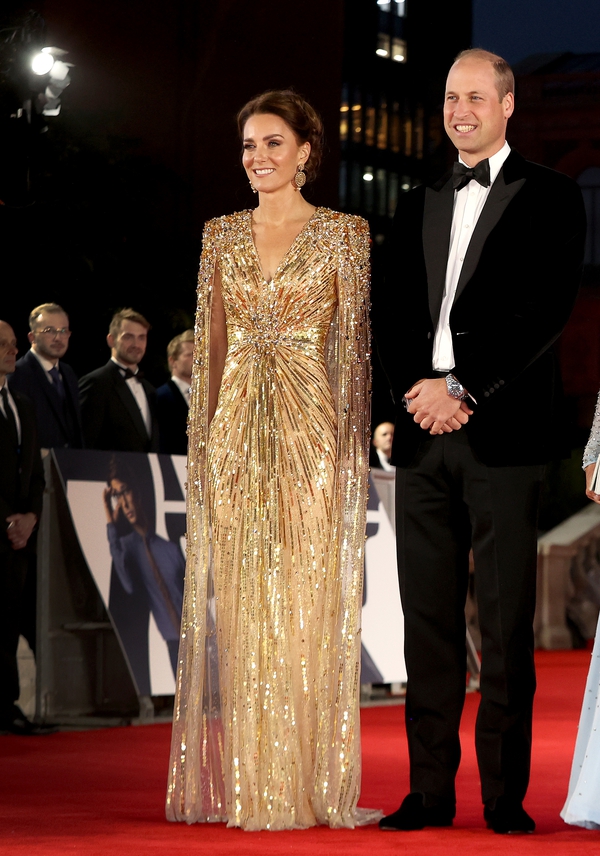 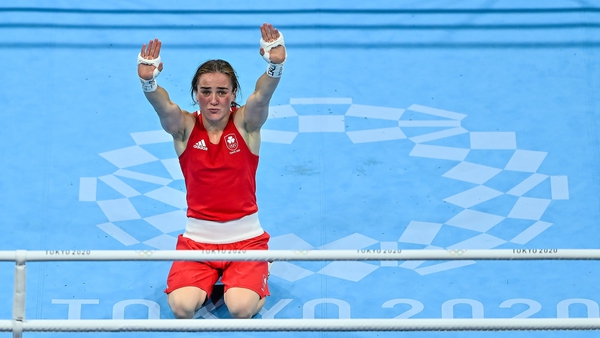 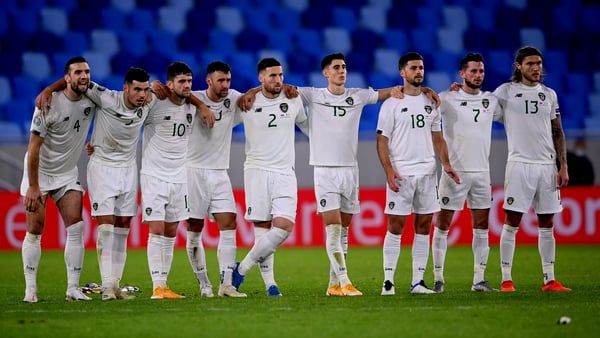 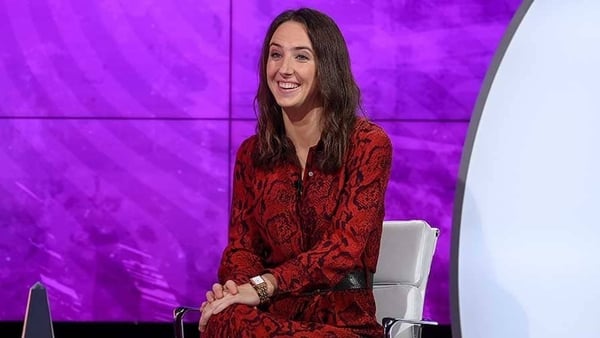