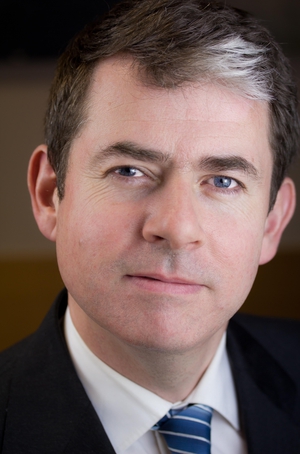 Analysis: it is more than timely that an independent group examines Ireland's Defence Forces, although its remit is not to delve too deeply

Buried amidst the ongoing Covid-19 crisis, the Cabinet quietly agreed on December 15th to establish an independent commission on the Defence Forces. This completes a promise from the June programme for government and comes at a time when the role of the Defence Forces in mobilising against the pandemic has been hugely appreciated.

Yet fighting diseases is not the essence of what armies, navies and airforces do. Their job is to defend any state from violent actors, whether other states or non-state groups. For Ireland's Defence Forces, this essential role is often loss sight of given their abilities as peacekeepers overseas or their support for An Garda Siochána at home. The Irish Defence Forces have sometimes been viewed as a residual type of state labour force. In fact, they're a highly professional military struggling to cope with years of neglect and a defence spend which in comparative terms is among the lowest in Europe.

From RTÉ Radio 1's Drivetime, Brigadier General Brendan McGuinness on the role of the defence forces in fighting Covid

It is more than timely that an expert group examines Ireland's Defence Forces, although the remit of the group is not to delve too deeply. The programme for government in June 2020 made it clear that any commission would not critically examine Ireland’s ambiguous policy of non-membership of military alliances or neutrality so that is firmly off the table for discussion by the group. Instead, the commission will "take account of Ireland’s particular defence requirements, including its strong international commitment in the overseas domain as well as the particular roles of the Defence Forces in the domestic security environment which itself continues to evolve."

Removing the political hot potato of neutrality may permit the Commission to deal with many other issues in greater substance. There will be no shortage of these! They include an Irish military that is now tiny and struggling to fill units and missions; recruitment and retention problems; endemic complaints about pay and conditions and especially the process for the determination of these; and a reserve force that is barely functioning with abysmally low numbers.

By international standards, the levels of equipment and modernisation of the Irish Defence Forces are below international norms. The Irish air corps have no radar system to monitor Irish airspace and no fast aircraft to police it (for example, both Finland and Uruguay do). The Irish navy have no guided missiles, torpedoes or more importantly, sophisticated ship protection systems, but instead are austerely equipped as a coastguard. The Irish army have no tanks, a small number of lightly armed and protected vehicles, and an ageing collection of artillery pieces. Unlike other modern militaries, dedicated cyber and electronic warfare units have not been created, although some capabilities do exist for this.

From RTÉ Radio 1's Morning Ireland, Conor King from the Representative Association of Commissioned Officers (RACO), on the newly announced independent review of the Defence Forces

It will be fascinating to see what observations the very senior foreign military experts on the Commission will make, as they come from Norway’s Navy and Finland’s army respectively. While they will be familiar with Irish military professionals, they may be in for a shock at how limited the basic Irish Defence Force is compared with their own home countries.

The committee will likely encounter the usual objections here that Ireland cannot afford modern war material or that we do not need it. In fact, militaries require a range of capabilities and it is dangerous to provide them with only the bare minimum for day to day operations or lower order threats. Any defence force needs capabilities for future contingencies and the ability to evolve in facing what may well be extreme events requiring a fuller spectrum of force to be employed.  Moroever, in per capita income terms, Ireland is at least as well off as Finland, New Zealand or Austria and yet Ireland’s military balance sheet appears much more limited than those countries. Plainly speaking, Ireland’s Defence Forces have been allowed decline when compared with improvements in other small states. Will the Commission address this?

From RTÉ Radio 1's News At One, interview with Vice Admiral Mark Mellett, Chief of Staff of the Defence Forces

They can certainly probe and explore such issues, and the terms of reference suggest (in civil service speak) that the Committee "will have regard to the level of funding provided by Government for Defence". Yet the core limitation of any commission remains that it is only as good as its recommendations are acted upon. Ireland has a long history of very worthy independent reports gathering dust. While the Commission will report within 12 months, real change may be longer in coming, especially if legislative change of the Defence Acts is required, as that usually proceeds glacially.

Luckily, there is strong leadership evident from the current Minister responsible, Simon Coveney and the existing Chief of Staff, Vice Admiral Mark Mellet. It is just possible that a window of opportunity exists to reboot Ireland defence forces or at the very least, to redress some of the problems arising from years of neglect.

Dr Brendan Flynn is a lecturer at the School of Political Science and Sociology at NUI Galway.