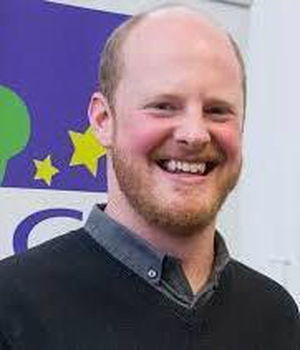 Opinion: Brexit potentially recasts Irish port towns and their environs as central rather than peripheral to the country's future

According to Nicholas Allen, author of the recently published Ireland, Literature and the Coasts: Seatangled (Oxford University Press, 2020), 'Ireland is an island that forgot itself'. UCC’s Claire Connolly has identified how Ireland’s relationship with its seas, coasts and ports has long been uncomfortable and defined by feelings of unease, dizziness and sea-sickness. It's one shaped by the violence of empire and a political culture which attaches primary importance to agriculture, land and land ownership.

While Ireland’s religious, industrial, demographic and geo-political histories have all been shaped by the sea, the maritime features surprisingly little in the Irish cultural imagination. There are, as Gillian O’Brien’s excellent The Darkness Echoing: Exploring Ireland’s Places of Famine, Death and Rebellion (Doubleday Ireland, 2020) reveals, a small number of local maritime museums dotted around the island. But as the author herself has lamented, there is no meaningfully national maritime museum which seeks to tell an over-arching national story about Ireland and the sea.

Governance of Ireland’s coasts, ports and seas is similarly fragmented. This ‘sea-blindness’ has implications for Irish politics, culture and economics. And as the island of Ireland confronts new post-Brexit trading and geo-political realities, it is arguably unsustainable.

Indeed, it is difficult to overstate how fundamental a change Brexit represents for trading relationships within and between the UK and Ireland. Take, for instance, the Dublin-Holyhead ferry route, which had, since the completion of the European single market, become central to all-island supply lines and to exports and imports on both sides of the Irish border. Transit between Dublin and Holyhead has been an important link in the so-called UK 'landbridge' connecting Ireland with mainland Europe. In 2018, around 40% of total Irish trade was facilitated through this link, which amounts to around 150,000 lorries travelling to the European mainland via UK ports every year.

However, Brexit-related requirements at Dublin and Holyhead have disrupted these trade flows, with new paperwork and checks on goods, lack of integration between new British and Irish IT systems, and lack of preparedness for new regulations on the part of British businesses causing major delays. These delays are liable to increase as the volume of freight transport continues to rise from its post-Christmas lows. Since January 1st, there has been a 50% slump in year-on-year trade on the Dublin to Holyhead route as up to one third of Irish traders and hauliers have opted out of new checks at both ends of the ‘landbridge’. In the face of a perfect storm of reduced passenger numbers due to Covid-19 and reduced freight traffic, Stena Line has cut services on both this and its Rosslare to Fishguard routes over several weeks.

From RTÉ Radio 1's Morning Ireland, Glenn Carr, General Manager of Rosslare Europort, discusses the 45% increase in freight traffic at the Wexford port for the month of January.

Meanwhile, new direct routes between Ireland and the European continent are booming, and ‘Brexit busting’ ferry services are oversubscribed. This rapid growth has rapidly reversed the fortunes of Rosslare Europort in particular, which has seen a massive 500% increase in freight traffic in the first half of January. As an aside, there is perhaps a hint of historical and symbolic irony that the ferries on one of the new routes from Rosslare bypass Great Britain on their way to Dunkirk. As suggested by Colm Ó Mongáin on a recent episode of RTÉ’s Brexit Republic podcast, the explosion in demand for new direct-to-Europe sailings represents something of a desperate turn to the sea in Ireland for food, medicine and other essential goods.

All of this comes with opportunities for Irish ports. This, in turn, brings risks that the communities which surround, support and depend upon these ports may be pushed out to clear the way for changing political and economic tides. But Brexit also potentially recasts port towns and their environs as central rather than peripheral to the new pan-European and global lines of trade, exchange and movement which now shape Ireland's relationships with its neighbours. Perhaps there are opportunities for Ireland’s port communities here, communities which have bee historically marginal and multiply deprived. This relies, I think, on Irish political culture catching up with its economy in its return to the sea.

There are some signs that this turn is already underway, with emerging scholarship – like Nicholas Allen's Seatangled – re-examining Ireland’s relationship with its seas and coasts. The work undertaken by the Dublin Port Company and its Director of Heritage, Lar Joye, provides a useful example as to how Irish maritime culture and heritage can be promoted and leveraged to engage communities in a contemporary relationship with ports, coasts and the sea. Dublin Port’s creative programme, its plans to develop a heritage hub, and its efforts to reconnect port and city might provide something of a model to be adopted and adapted elsewhere. The Ports, Past and Present project, funded by the European Regional Development Fund (ERDF) through the Island Wales Programme (I am involved as a researcher) also seeks to make a modest contribution to this work.

Brexit has revealed how Ireland's place in the world is shaped by its seas, and its ports provide a lens through which this island’s history, culture and contemporary politics and economics are all filtered. Brexit also forces a new acknowledgement of this, which should be embraced. Doing so may help to re-orient Irish cultural self-understandings; Ireland's relationships with the other island in this archipelago; and its relationships with Europe and the wider world.

This piece reflects conclusions drawn from a one-day online conference on Europe and the Future of Ireland’s Ports, Coastal Communities and Maritime Sector, convened by the Irish Association of Contemporary European Studies (IACES) in November 2020. Videos of the full day’s proceedings are available to view here. The conference was supported by the Department of Foreign Affairs Communicating Europe Initiative.

Dr Jonathan Evershed is a Postdoctoral Fellow in the Department of English at UCC, working on the Ports, Past and Present project on the heritage of Irish and Welsh ports in the Irish Sea basin.