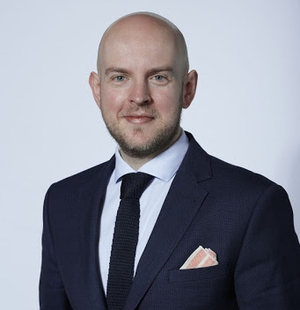 Opinion: It's worth looking at Jenner's approach to smallpox as a way of understanding the meaning of our current pandemic

Edward Jenner most likely evokes in you memories of one of medicine's most striking successes: the vaccination of smallpox out of human history. At the time of Jenner's first effective vaccination against the disease in 1796 (using material from a cowpox blister), smallpox constituted 10 to 20% of mortality amongst urban populations in Britain and Europe. It has been described by historians as 'the greatest epidemic scourge' of the time.

Jenner’s effective intervention, the publication of An Inquiry into the causes and effects of the variolae vaccinae in 1798, and its subsequent global spread as the first mass vaccine has secured its place as the genesis of modern public health. As it relates to smallpox, this narrative is entirely legitimate. When the World Health Organisation announced the successful global eradication of the virus in 1980, it marked an extraordinary scientific achievement and the neutering of a pervasive form of human suffering.

But historians are supposed to question the stories that we tell about ourselves. They need to look at the ways in which we live, why we deem them to be true and to highlight available alternatives. Acting as such is particularly relevant to thinking about Jenner’s place in the history of public health, and how that history should be framed as part of broader histories of ecology and epidemiology that are crucial for understanding the meaning of our current pandemic.

The story of Edward Jenner

In the opening paragraph of An Inquiry, Jenner framed the epidemiological origins of smallpox as follows: 'The deviation of man from the state in which he was originally placed by Nature, seems to have proved to him a prolific source of Diseases. From the love of splendour, from the indulgences of luxury, and from his fondness for amusement, he has familiarised himself with a great number of animals, which may not originally have been intended for his associates.’

Just like Covid-19, smallpox was zoonotic, something transmitted from its established animal host to humans. The term itself did not have scientific currency until much later; the Oxford English Dictionary lists its first usage in 1873. However, Jenner was still describing the zoonotic origins of smallpox, and associating those origins with his contemporary, consumer economy.

Historians have been arguing about the notion of a 'consumer revolution' in the late 18th century world for quite some time. These arguments are wide-ranging and complex, but on balance we know that Jenner’s lifetime was defined by the acceleration of three factors that stoked the spread of appetites for ‘luxury’ and ‘splendour’. These were agricultural production, the global trade of cash crops such as sugar, tobacco and grain, and the exertion of control by European empires over the resources of territories across Asia, Africa, Australasia and the Caribbean.

Covid-19 presents us with the same problem in a different form, the continued relevance of which is due to our values and choice

Establishing how these factors worked together depends on where one looks as general principles are hard to derive. Given the current science around the transmission of zoonotic viruses, the epidemiological effects of imperialism, global markets and agricultural production – deforestation, the aggressive use of soil to grow non-native crop species, and the connection of urban environments through global trade – are not difficult to imagine in Jenner’s society. We should also remember that he was a country doctor in the 1790s and not the elite, city-slicker physician he later became. He gleaned much about how smallpox and cowpox operated from talking to farmers whose everyday lives were defined by interactions with nature, ecology and disease.

Just as current science writers like David Quammen can describe how changing cultural attitudes to the production and consumption of food in southern China at the turn of the 21st century precipitated the spread of SARS in 2003, Jenner placed the relationship mankind has with nature at the heart of his research on smallpox. By singularly interpreting his work as a technical triumph over disease, we misguidedly place him at a distance; a centuries-old medical genius with a technical fix that has since consigned a deadly disease to history's dustbin.

Covid-19 presents us with the same problem in a different form, the continued relevance of which is due to our values and choices. To borrow two metaphors, we prize the battle over the war, and the cure over prevention. I frown as I wonder if some of our ancestors in 2240 will be asking why we maintained societies whose cultural, political and economic conditions bred the germs of our own paralysis for so long?

Dr Kieran Fitzpatrick is the host of the Body Politics podcast

Dr Kieran Fitzpatrick is the National University of Ireland's Research Fellow in the Humanities and works at the Moore Institute at NUI Galway.