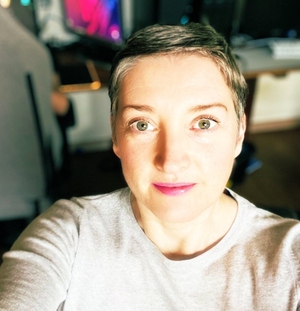 Opinion: the annual debate about authenticity and censorship is now as predictable as arguments at the family dinner table on Christmas Day

It's that time of year when many people are unpacking boxes from cupboards or attics as they prepare to decorate their homes for Christmas. And as regularly as this particular festive season rolls around, so too does the debate about that Christmas song.

The furore began a little earlier than usual last year with the BBC announcing in November that it would delete the offending f-word from the longstanding seasonal favourite, 'Fairytale of New York’. A debate as predictable as family arguments at the dinner table on Christmas Day ensued. Those against any form of censorship faced off again opponents pointing to the common practice of replacing or beeping out offensive words on the radio or when streaming. Others simply yawned, bored with this recurring exchange and with a song they either don’t like or find relevant. What then is at stake for those who do care and why should it matter, all over again? It is only a song, after all?

For the uninitiated, 'Fairytale of New York' recounts an exchange between a drunken man in jail, who continues to hope his luck will change as he engages in a pleading exchange with his exasperated and despairing female partner. Meanwhile, 'The Boys of the NYPD Choir' sing ‘Galway Bay’ in the snow as the church bells ring out for ‘Christmas Day’. The accompanying video is shot in black and white and has a distinctly Northern Hemisphere, Anglo-America ‘Christmas-y’ feel.

Written by the inimitable Shane MacGowan, performed by The Pogues and released in 1987, it is experienced by many as the ultimate, seasonal Irish Diasporic song. Others simply love it for its pathos, soaring melody, poetic lyricism and affective dimensions.

The offending ‘f-word’ is nested in the fifth verse: the female protagonist lets loose a tirade of abuse at her drunken partner, calling him a ‘scumbag’, a ‘maggot’, and a ‘cheap, lousy f*****. Some singers have chosen to replace the word in subsequent renditions, including Ronan Keating and Moya Brennan (2000) who retooled the phrase 'you're cheap and you’re haggard’, with Keating receiving more criticism for the version than for the changed words.

Vehement critics see this as giving in to the 'bleeding hearts', 'snowflakes', 'woke/PC brigades'. Others make more ostensibly measured philosophical, even aesthetic arguments: if we start tampering with the urtext, where does it stop and who becomes the arbitrator of not just taste, but also of offense?

Discourses on the importance of creative licence and the necessity for problematic texts to remain unchanged – as historical documents capturing a moment, warts and all – are seductive. So too is the idea that the offending dialogue actually accurately represents real life exchanges. We don’t go around taking out offensive words such as the ‘n-word’ from classic books like To Kill a Mocking Bird goes the argument, so if we start white-washing art in this manner, we compromise the authorial voice and the original, creative act.

This all seems reasonable, then, as an aesthetic conundrum - and there is an aesthetic counter argument. How could a refashioned lyric or transient beep take away from the exquisite pathos and humanity of this song? That is to put far too much weight on a single word, however freighted, to carry the entire meaning of the work, surely? The Pogues and MacGowan have essentially acquiesced to this point, and further called out those who might argue for the words retention without having any platform to do so, in effect celebrating their own censorship.

The f-word may have originally meant a bundle of sticks or a collection of the poorest cuts of offal that London could offer (an evocative image for the drunken man sung by an emaciated MacGowan), but that is not what the word signifies to most people. Let's be honest, it was a homophobic slur when it appeared in the extraordinary dialogue between these two suffering characters seeking to lash out even as they love. It is meant to cut and cut it does. And the truth is, there are those among for whom the 'f-word’ traumatises and retraumatises each time it is encountered. It is a deeply divisive hate word.

The medium of song becomes important. While we can chose not to buy a book or attend a film, it is not possible to control public spaces, such as when music comes out over a sound system in a shop or café. And especially when violently-articulated with a vitriolic, hard F, the word evokes rampant homophobia, bullying, isolation, despair and questions of self-worth. These are very real reactions of real people, so shouldn’t we listen to them?

Songs and music and song scholarship teaches us that songs are not static or fixed in time, even if a sound recording has committed a rendition to a perceived original and thus ‘authentic’ moment in time. In truth, songs have a performance life: society changes, people change, individual and communal recreation takes place, and new versions emerge. That is the nature of music and of tradition.

Let's be honest, it was a homophobic slur when it appeared in the dialogue between these two characters seeking to lash out even as they love

So if ‘Fairytale of New York’ happens to be part of your Christmas tradition, maybe make room for one or two less words? Try replacing them with something more inclusive. And maybe, while you’re at it, add something new and different to the dinner table, including dishes by your non-Christian, non-Christmas celebrating family, neighbours and friends.

And if listening to or boldly singing the f-word at the top of your lungs to ‘Fairytale;’ is something you simply can’t do without, at a somatic or aesthetic and intellectual level, maybe reconsider why this might be the case. "If people don't understand that I was trying to accurately portray the character as authentically as possible", McGowan said in a 2018 statement, "then I am absolutely fine with them bleeping the word, but I don't want to get into an argument". If he can ultimately let it go, surely we all can? 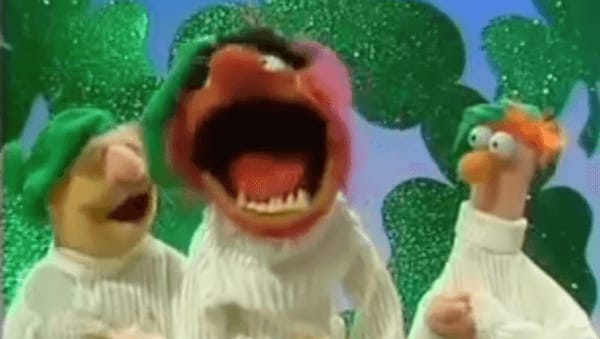 From Elvis to The Muppets, the story of "Danny Boy"