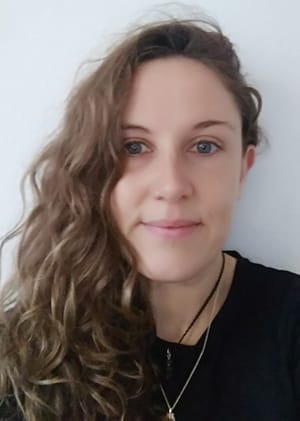 Analysis: like Covid-19, diseases like smallpox, bubonic plague and influenza became pandemics because of the movement of people

We're in the midst of a second lockdown and people are restricted to their 5km bubbles in an effort to stop the spread of coronavirus. The past year has demonstrated how quickly infectious diseases can spread in an interconnected world. However, the movement of people has a long history of transmitting infections throughout the globe since the establishment of civilisations, travel on the trade routes and the voyages of exploration.

One of the earliest examples of the global spread of infection was the transmission of smallpox, thought to have originated in Egypt 3000 years ago. Evidence of smallpox-like lesions have been found on the mummified remains of people dating from Ancient Egyptian civilisations, including that of Pharaoh Ramses V who died in 1157 BC.

From Egypt, the virus likely spread to India overland by caravan or by sea, and transmission continued over several centuries through mass migration and incursions of different civilisations. Most notable, the virus spread through Europe during the crusades in the 11th century, the Arab conquest of North Africa and Iberian Peninsula in the 7th century, the European colonisation of North America in the 17th century, and by British explorations of Australia in the 18th century.

From RTÉ Radio 1's History Show, Louise Denvir talks to Gabrielle Ashford about the affects of smallpox on Irish society

As well as being one of the earliest examples of a disease spread through global travel, it was also the first infection for which an effective vaccine was developed. In 1796, the British doctor Edward Jenner inoculated a young boy with pus from a cowpox lesion (a practice that would generally be frowned upon by the scientific community today) after noticing that people on cattle farms seemed to have immunity to smallpox. The word vaccine itself was derived from the cowpox, or vaccinia, virus.

Smallpox is one of only two infectious diseases to have been eradicated globally. The world was officially declared free of smallpox on May 8th 1980 and only two stocks of the virus remain in existence today, one at the Russian State Research Centre in Siberia and one in the Centre for Disease Control in the United States.

Bubonic plague is caused by the bacterium Yersinia pestis and was initially spread to humans by fleas carried on rats. However, it was the movement of people on major shipping trade routes that was responsible for the plague pandemic or Great Pestilence of the 14th century.

Over four centuries, this pandemic wiped out about half of Europe’s population (approximately 200 million people). It was because of the effect of the plague on port and harbour towns that the practice of quarantining was first established. Under quarantine measures, crews had to remain on board ships in harbours for 40 days or "quaranta giorni" to prevent the onward transmission of infection. The plague eventually spread to Britain, peaking with the Great Plague of London in 1665, during which an estimated 7,000 people died per week in a population of 500,000.

It persisted in Europe for four centuries until it mysteriously disappeared in the 18th century. Historical evidence now points to a period of global cooling as a potential factor leading to the end of the plague pandemic, with the bacterium unable to survive the colder than usual climate.  Although plague has mostly disappeared, cases do still occur today. In 2019, an estimated 243 cases occurred worldwide, mostly in the African region, although it can now be easily treated with antibiotics if detected in time.

The 1918 influenza pandemic is regarded as one of the most severe pandemics in recent human history. It caused symptomatic infection in over one-third of the world's population (around 500 million cases) and resulted in an estimated 50 million fatalities.

From RTÉ Radio 1's News At One, historian Dan Snow on the lesssons to be learned from past pandemics

The origins of the 1918 influenza pandemic are uncertain, but it has been speculated that the virus spread to Europe with the Chinese Labour Corps who were helping with the Allied war effort. The first documented case in the Unite States was in March 1918 in Camp Fuston, Kansas, from where the virus travelled with soldiers to other military camps in the US and overseas.

Exacerbated by poor conditions in the trenches, the virus quickly spread through France, Britain, Italy and Spain infecting more than half of British and three-quarters of French troops. By autumn 1918 the virus was endemic in Russia, North Africa, New Zealand, Australia, China and India.

Media outlets in Allied countries were banned from reporting on the pandemic, writing instead on 'morale boosting subjects’. Spain, being neutral, was the only country to report on the devastating effects of the virus, hence giving rise to the name ‘Spanish flu’.

Many of the control efforts used during the 1918 pandemic are much the same interventions being used to halt transmission of Covid-19 today. These included the closure of public meeting places, limited number of passengers on public transport, self-isolation of identified cases and promotion of hand washing with soap and water. Unlike today however, a ban on spitting in the streets was incurred in many places which led to the popular practice of carrying pocket spittoons! Descendants of the 1918 virus are still in circulation and are responsible for almost all cases of influenza A virus that occur today.