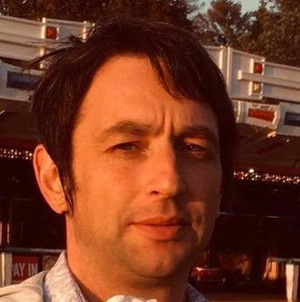 Analysis: how a band of Catholic monetary reformers promoted the idea of a basic income to eradicate poverty and introduce an age of leisure

Although widely lampooned and derided by academics and social commentators alike as a 'reactionary' force intent on impeding the forward march of ‘progress’, the Irish Catholic Action movement may have been ahead of the curve in some ways. The movement, which sought social reconstruction along Catholic lines in the early to mid 20th century, sought the introduction of forward thinking policy initiatives such as universal basic income. While this has bubbled to the surface of political debate over past decades, the issue of basic income  has moved centre stage of late.

Ideologically, such schemes are often, but not always, associated with left-leaning champions of a social democratic welfare state. In this case a band of Catholic monetary reformers with ‘right leaning’ ideological commitments, chief amongst whom was Maud Gonne MacBride, sought to introduce similar measures in Ireland for the purposes of eradicating what they labelled ‘poverty amidst plenty’ and inaugurating an age of leisure. They did so in a general climate of economic stagnation brought about after the 1929 Great Depression, as well as economic warfare with our trading partner across the Irish Sea.

From RTÉ Archives, Maud Gonne recalls her protest against the visit of King Edward to Ireland in 1903

Formed in 1932 as the Financial Freedom Federation, they became the Irish Social Credit Party in late 1935 and MacBride was a prominent member of the group throughout the 1930s. They were committed to reforming Ireland’s financial and economic systems by way of instituting reforms laid out in the inter-war period by the originator of the social credit scheme, British engineer, Major C.H. Douglas.

As Brendan Behan once noted, the first thing on the agenda of any self-respecting Republican movement is a split. The FFF followed standard practice forming two separate factions; one operating under the banner of the ‘inancial Freedom Federation and the other - in something straight out of a Monty Python sketch - choosing to go forward under the banner of the Financial Freedom Federation of Ireland. It was a move surely designed to wrong-foot future researchers.

Social credit is as much a political and social doctrine as an economic creed and is not easily reducible to a soundbite. However, its overall programme may be narrowly grasped in the slogan employed by the movement that "what is physically possible and socially desirable must be financially possible".

From the Clifford Hugh Douglas Institute, an introduction to social credit

According to the Douglas analysis, the fundamental problem with the modern industrialized economy is the fact that the rate at which prices are built up in the course of production is greater than the rate at which incomes are distributed to consumers. In other words, our economies are plagued by a chronic deficiency of consumer purchasing power unless an artificial injection of liquidity is introduced into the system. Douglas proposed that the gap be filled with 'debt-free' money (National Dividend) in place of interest-bearing loans dispensed by financial institutions.

The distribution of a National Dividend constituted a central plank of the Social Credit scheme. As a universal payment made by the government to its citizens without means-test or work requirement, it is considered by basic income advocate and theorist, Professor Guy Standing, as belonging to the first generation of basic income proposals.

Analogous with other basic income proposals, it was intended that the National Dividend would be payable to the qualifying individual member rather than being paid to the family unit, as a means of securing his or her individual rights. It should not surprise us therefore, to find that the Irish Social Credit Party executive committee, comprising a total of eight members, included two women in the form of MacBride and Josephine Fitzgerald. Indeed, in the list of committee member names submitted to the 1934 Banking Commission, the names of MacBride and Fitzgerald are given priority.

As the names are not listed in alphabetical order it may be fairly surmised that they are listed in order of the various members’ rank or prominence in the organisation, a supposition which, in the case of MacBride, is supported by the evidence we possess of her unswerving commitment to the Douglas proposals throughout the decade. Moreover, the Department of Justice files show that public rallies and meetings staged by the organisation attracted men and women in roughly equal numbers, providing us with an insight into the attractiveness that the proposals held for Irish women in the period.

Other notable names on the Executive Committee of the organisation are those of P.J. Lenihan (father of Brian Lenihan Sr) and former captain of the British army, Henry Neville Roberts. Former chief organiser of the IRB in Ulster, Seamus Dobbyn, presided as president for most of the decade. When the movement was revived under a different moniker in the 1940s, it was led by Seamus Lennon, a Carlowman who had been elected as a TD to the first Dáil in 1919.

The relevance of the movement’s proposals to contemporary circumstances is easily discernible. Even though equality legislation introduced in Ireland in recent decades has done much to improve working conditions for Irish working women, the fact still remains that women’s lives are more impacted by family circumstances than men’s. Therefore, the introduction of a basic income/national dividend would have an emancipatory value in allowing women (and men) to secure a better bargaining position with employers. It would also allow them to spend more time with their families if they should so choose. This is an option now favoured by many having experienced the practical, personal and spiritual benefits of same over the course of the pandemic lockdown.

The movement ultimately petered out towards the end of the 1930s with the Irish public seemingly unwilling or unable to grasp the concept of getting something for nothing. Another unfortunate development was that of the movement having become confused in the public mind with the Communist Party of Ireland. Illustrative of this was a public meeting of the party at the Gloucester Diamond, Dublin in April 1936. Before the meeting could commence, an angry anti-Communist mob, seemingly provoked by a party banner exclaiming ‘social justice through Social Credit’, smashed the platform and destroyed books and literature before launching missiles, including cabbage stalks at party members, including Ms MacBride.

Even if one were not favourably disposed to the particular weltanschauung espoused by the Irish monetary reformers of this period, it might be worth mining some of these old 'new' ideas for what is of value in them now. Any efforts made at combatting the twin evils of economic and environmental catastrophe post-pandemic will need to be preceded by a paradigm shift in the way we think about work and money.