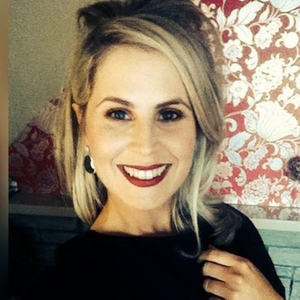 Opinion: feminism is a way of understanding how gender and gender relations silently govern our daily lives

It’s difficult for men these days. Can I give a woman a compliment? Hold the door open or pay for a date? Modern gender relations have changed so much in the past 50 years that it is difficult to know exactly what men can offer women. Women are not only able to bring home the bacon these days, but they can fry it up in the pan too.

Distinct social roles and customs have long highlighted the differences between men and women rather than the underlying unities. For that reason, men and women are generally understood in terms of what the other is not. Take yourself as an example: how many roles do you take on simply because you are a man or a woman?

This is where feminism can help. Feminism is about equality for all. It originated as a response to women being labelled as dependent, passive, and weak, but it is not to be confused with an attack on all men. Feminists are not a bunch of angry, crazy women who hate men.

Feminism is a way of understanding how gender and gender relations silently govern our daily lives. You might be surprised to see how topics once considered as 'women’s issues’ are, on closer inspection, everyone’s issues. For example, men are becoming more aware of what it is like to be valued and evaluated on their appearance. 85% of patients of hair restoration procedures in 2020 were men according to the International Society of Hair Restoration Surgery, while bigorexia, or muscular dysmorphia, is now affecting hundreds of thousands of men.

So much of what we accept in society is because of the belief that it has ‘always been that way’, but feminism can help you and your children tackle this problem. Feminism is about gender equality and fairness. It is about encouraging children to express themselves how they wish, toexplore their own identity, be kind and be free. Children learn the social meanings of gender from adults and the world around them. They look to caring adults to help them understand the expectations of their society and to develop a secure sense of self.

Children will imitate the behaviour of important role models in their lives such as parents and teachers, and this is particularly true of role models of the same sex. For example, boys are more likely to mimic the behaviours of adult males while girls turn to adult females. The reality is that we unconsciously model gender specific behaviour in our everyday lives. Children can only make sense of what they see and express what they understand.  Here are some ways feminism can help to promote gender equality and fairness.

From RTÉ 2fm's Chris & Ciara Show, podcaster and author Blindboy from the Rubberbandits on feminism in Ireland and teaching men to listen to women and how to do it

Discussion plays a vital role in the formation of children’s ideas. We make connections between people and ideas by talking. Encourage children to notice gender divisions at school, on TV, and at home. Storybooks are one way that children learn about the world and about gender stereotypes. Stories are an effective tool to challenge and alter children’s perceptions and expectations of gender norms.

Actions speak louder than words and one way to teach children about gender equality is to first become aware of your own gender biases. Are household chores divided by gender in your house? Who does the weekly shop? Who cuts the grass? Children learn by watching us. Through our actions, we show children every day that we embrace certain roles and responsibilities. It’s important that children know that there are no jobs that are more suited to men or to women simply because of their gender. There is just work to be done and we all must do it.

Children need encouragement and empathy. Children need to know when they’re doing right and will more likely be resilient when they feel valued and feel that they belong. But sometimes adults unintentionally encourage gender specific behaviour when offering praise.  Research shows that adults tend to comment on the appearance of girls ("what a pretty dress!"), but focus their praise on a boy’s ability ("you’re really good at football"). By becoming aware of the gendered messages and expectations we set for children, we can become more aware of our responses. This will foster and enhance self-esteem in all children.

It's important now more than ever to promote respect, compassion and understanding for all

In a world where information is available at the tap of a thumb, it’s important to encourage children to think critically, and to explore alternative ways of being and doing. 2020 has been a year of rising levels of anxiety, anger, frustration, and uncertainty. It’s important now more than ever to promote respect, compassion and understanding for all. Let’s start with ourselves and with our children.

Dr Suzanne O'Keeffe is a lecturer at the Froebel Department of Primary and Early Childhood Education at the School of Education at Maynooth University.