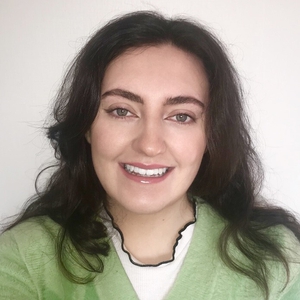 Analysis: pancreatic cancer has one of the lowest survival rates of all cancers because diagnosis usually occurs at a late and untreatable stage

From dirty dancing heartthrob Patrick Swayze, to Apple's revolutionary founder Steve Jobs and, most recently, feminist icon and US Supreme Court Justice Ruth Bader Ginsburg, we have seen time and time again that pancreatic cancer does not discriminate between classes. These momentous public figures, all with access to the world's brightest medical teams and world-class therapies, could not beat this disease,

Pancreatic cancer has one of the lowest survival rates of all cancers. It develops without many symptoms and, when they do appear, can often be confused with common ailments. Unfortunately, diagnosis is usually at a late and untreatable stage. In Ireland, 550 people are diagnosed with this cancer each year.

To fully understand this disease, we first need to look at the pancreas. An organ located in the upper left abdomen behind the stomach and surrounded by many other organs, such as the liver and spleen, the pancreas is the 'Pac-Man’ of the digestive organs. It releases both enzymes that chew up fats, carbohydrates and proteins in our food and the hormones insulin and glucagon into the bloodstream which regulate blood sugar levels. Given this, the pancreas is a key organ in the day to day processes that take place in your body and when things go wrong, it can be hard to fix.

Pancreatic cancer develops when abnormal cells grow in an uncontrolled manner resulting in a tumour. The most common diagnosis, adenocarcinoma, accounts for approximately 85% of cases. However, cancer can also develop in the hormone releasing cells resulting in a more rare neuroendocrine tumour. A key differentiating factor between the two is the rate at which the tumour grows and develops, with neuroendocrine tumours displaying slower progression and a longer lifespan post-diagnosis.

Pancreatic cancer is so problematic because it grows and progresses silently, remaining asymptomatic until a very late stage. The symptoms often overlap with common complaints such as abdominal and back pain or appetite and weight loss. Most cases are not discovered until these symptoms become severe, with pain becoming abnormally strong or persistent and the development of a yellow-orange pigment of the skin and eyes known as jaundice.

Surgery is the only cure for this disease, but less than one in five patients are eligible because they are frequently being diagnosed at an advanced stage or when it has spread to other organs. To add to this asymptomatic progression, there is no reliable non-invasive screening test currently available.

From RTÉ News in 2015, report on renewed calls for more research into pancreatic cancer

However, other treatment options exist including chemotherapy and radiotherapy. Pancreatic cancer is often treated with a combination of multiple drugs rather than a single drug, sometimes in combination with targeted radiotherapy.

One problem patients face is that the drugs only work for a short period of time before the cancer cells adjust to the drugs and continue to grow in their presence. This is known as drug resistance. The environment of a pancreatic tumour makes it difficult for drugs to penetrate and therefore kill the cancer cells. Like the yolk of an egg, which is surrounded by the egg white and shell, the tumour is surrounded by a dense parameter of other cells which encase and protect it. Scientists have tried to use this seemingly protective barrier against itself with a siege approach, starving the cancer cells of the nutrients needed to survive and grow. Despite all these barriers, there is an ever growing scientific community, dedicating their research to the discovery of new screening and treatment methods for pancreatic cancers.

The earlier pancreatic cancer is detected, the more successful treatment will be. Therefore better screening methods are key to improving patient survival. The most common screening technologies used to detect pancreatic cancer are endoscopic ultrasound, CT scan and MRI.

There are a few risk factors that increase the likelihood of developing pancreatic cancer. These include Peutz-Jeghers syndrome, a mutation in the familial breast and ovarian cancer gene, specifically BRCA2, hereditary pancreatitis and familial pancreatic cancer, which describes families with two first degree relatives with confirmed exocrine tumours that do not meet the criteria for other inherited syndromes.

Outside of these high risk groups, factors that may increase the likelihood of developing the disease include smoking cigarettes which increases likelihood by two to three times, a diet frequently consisting of high fat foods and diabetes, which has a 1.5-2 fold risk increase. While routine screening of the general population has been shown to be an ineffective way to detect early stage pancreatic cancer, screening in high risk populations can enhance potential early detection of curable early stage disease. Therefore, the future of pancreatic cancer screening will benefit from increased knowledge and detection of high risk groups.

There are numerous clinical trials that could lead to new and more effective treatment options in the future such as nanoliposomal delivery of chemotherapy drugs to the tumour. A nanoliposome refers to a new technology which encapsulates the drug to be delivered inside a tiny protective spherical sac resulting in better performance of the drug and less toxicity, meaning a reduction of side effects.

The importance of identifying specific risk factors and a move towards more personalised and targeted medicine is evident in the success of multiple clinical trials analysing the benefit of PARP inhibitors to treat metastatic cancer in BRCA mutation carriers. A BRCA mutation means that the DNA within cells is more likely to replicate with an error leading to a dysfunctional cell that displays rapid growth and the ability to become cancerous.

PARP inhibitors such as Niraparib or Olaparib inhibit the repair of DNA damage that then accumulates in cancer cells ultimately leading to cell death, which in terms of cancer is positive. While this treatment only benefits a small subset of patients, it is a positive leap in the right direction and highlights the continuous incremental improvements being made in a predominantly incurable disease, as Justice Ruth Bader Ginsburg said "Real change, enduring change, happens one step at a time".

It is important to remain hopeful for the future with better screening and treatment options for patients. Indeed, many Irish researchers and groups like Professor Martin Clynes' research group in the NICB are working on the fight against pancreatic cancer. Scientists are motivated by people with families and friends entrenched in one of the hardest cancer battles that pits them against the odds. Public knowledge of this disease, improved funding and the courage of patient advocates will continue to be paramount to winning our fight against pancreatic cancer.

Taylor Allen-Coyle is a PhD researcher with SSPC, the SFI Research Centre for Pharmaceuticals and the National Institute for Cellular Biology (NICB) at DCU.