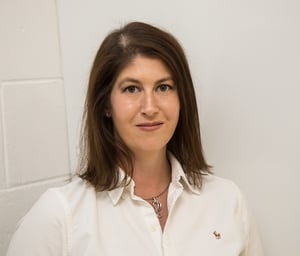 Opinion: here's how biological, physical, lifestyle and cultural factors play a role in determining your susceptibility to infection

We've all heard of man flu, and we’ve all heard of at least one man complaining that they’re much sicker than their female counterparts. But is man flu real or is it just a myth doctored by men to gain sympathy?

Information available on the number and severity of cases of influenza suggests that the existence of man-flu floats in murky waters. Figures show that being male does indeed increase your chances of being struck down with influenza, but figures on disease severity show that being female increases your likelihood of developing a severe infection. While men may get flu more often than women, they get much milder infections in general than women.

This sex bias is not limited to influenza. Tuberculosis infects 10 million and kills 1.5 million people annually according to the World Health Ogranisation. Case data shows that up to twice as many men become infected with the disease than women. Similarly, the ratio of men to women infected with Entamoeba histolytica, a parasitic microbe carried in contaminated water that causes amoebic liver abscess, is as high as seven to one.  Even Covid-19 seems to have it in for men: 52% of cases are found in males, and the risk of being admitted to ICU or dying from the disease increasing by 2.5 and 1.6, respectively.

From France 24, why are more men dying than women from Covid-19?

How does disease discriminate between men and women?

It is important to differentiate between sex and gender, as both of these may influence susceptibility to infection. A person’s sex is determined by their biological and genetic makeup, that is, the presence of two X chromosomes (female) or one X and one Y chromosome (male). Gender is determined by a person’s behaviours, habits and actions, and can be dependent upon their culture.

Possibly due to the increased availability of oestrogen to stimulate immune cells, women are capable of mounting much stronger immune responses to infectious diseases and vaccines than men. On the contrary, research into influenza has shown that it is the female sex hormones, oestrogen and progesterone, that are responsible for women suffering a more severe infection than men. The role of sex hormones in the immune system has also been demonstrated in transsexual individuals undergoing hormone therapy, with individuals showing a shift in the numbers of immune cells within four months of beginning therapy.

In the United States, women avail of healthcare services up to 21% less than men, including accessing preventative treatments such as vaccines. Interestingly, the proportion of men and women visiting their GP in the US is the same, but women receive less follow-up services than men with the same medical needs.  This disparity in treatment between the genders can be explained by two scenarios: (i) women do not fully convey the extent of their symptoms to their GP’s, resulting in the need for follow-up services not being identified, or (ii) a level of gender-bias in the health service that either disregards women’s needs for follow-up services or prioritises males when allocating follow-up services.

READ: Are women listened to in the Irish healthcare system?

In many countries, men tend to leave the home for the purpose of going to work while more women remain in the home for the purpose of childcare. This increases the chance of men being exposed to infectious diseases than women as they are more likely to come into contact with infected individuals. For example, in studies on parasitic disease common in rural areas of Africa or Asia, man spend more time working in as farmers or fishermen where they are more exposed to the infectious parasites. Conversely, women are more likely to assume the role of caregiver for a sick person within the family, increasing their risk of exposure if the person is sick with an infectious disease.

In sub-Saharan Africa, young women are up to 16 times more likely to contract HIV than young men due to both increased risk of transmission from males to females and because women have less educational opportunities and less power in their sexual relationships than men. This difference in HIV infection rates is reflective of a synergistic relationship between sex and gender, with women’s reduced opportunity to protect themselves from exposure exacerbating an apparent weakness of the female sex in relation to susceptibility to infection.

Overall, it is clear that sexes and genders do differ in their susceptibility to infectious diseases. While some aspects of this cannot be altered, such as females producing more oestrogen than males, other aspects can be. Lifestyle and cultural factors that differ between genders play a role in determining susceptibility to infection and these can be altered to close the gap between the genders. As with a lot of issues surrounding infectious diseases, educating people on the differences between the sexes and how gender norms can either relieve or exacerbate these differences should be our first line of defence