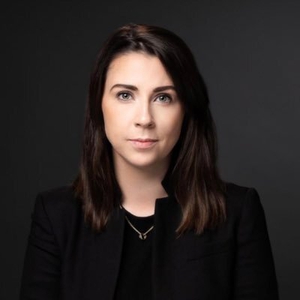 Opinion: sharing your DNA information for a genetic profile may well have potentially harmful privacy infringements for you and your family

Your genetic information is a valuable commodity. Companies like 23andMe and Ancestry.com may charge you for an analysis of your genetic profile, but they make their real money from selling that data on to other companies for commercial use.

Healthcare providers are now following suit by encouraging patients to take genetic tests that will create databases. Databases which are ostensibly for medical research can also be used for commercial purposes where the agreements between public healthcare providers and private genomics companies are not properly regulated.

The first question to ask if you are giving up your genetic information is where your data will end up and who will have access to it. The NHS is attempting to keep control of the genetic data it gathers and has stated it will share only with researchers at Genomics England, a company it has created itself. But there has been no indication of what purposes the data can be used for, or what limits will be placed on its use or transfer to other research centres or companies.

In Ireland, data transferred to Genuity through partnerships with Irish public hospitals raises concerns about both the initial conditions of collection (which have been questioned by privacy activists) and the subsequent uses to which the resulting genetic databases can be put. In January 2019, an investigation was launched into the alleged supply of 1,500 DNA samples from the Crumlin children's hospital to Genomics Medicine Ireland (GMI), the predecessor of Genuity without proper authorisation from patients. What is perhaps more of a problem is that even when people are told what will happen with their data, they may not understand those uses or potential consequences.

Initiatives such as the NHS and Genuity projects are often justified by claims that they offer an efficient way to diagnose rare or undiscovered illnesses, speeding up treatment and improving patient outcomes. More broadly, proponents argue, sharing DNA data can allow researchers to spot patterns that would otherwise go unidentified, increasing scientific understanding and aiding in the development of treatments.

But DNA analysis uncovers far more than health conditions of the person giving up their genetic material. Your DNA can be analysed to reveal sensitive information about you – most obviously your present or future health conditions but also ethnic, religious or racial characteristics. More significantly, your DNA also reveals the same and similar information about your family members. When you hand over your DNA, you are ultimately reducing both your own genetic privacy and the privacy of your family as well.

From RTÉ Radio 1's Drivetime, data management consultant Dr Katherine O'Keefe on the positives and negatives of signing up to DNA databases

When you share your genetic information, you threaten exposing yourself and members of your biological family to potential discrimination. Being offered different health insurance coverage and at different prices is the most obvious risk. But depending on who buys the data, pharmaceutical companies, employers, commercial advertisers and even government authorities could access your DNA and make decisions based on it.

There are also more fundamental concerns about the way collection of DNA data can impact on constitutional rights. Beyond the obvious implications for privacy, the use of DNA databases to uncover murderers in the United States has exposed how rights of due process or procedural rights can be negatively impacted by the collection of genetic information. In the case of the Golden State killer, US law enforcement agencies used DNA data from the public genealogy database GEDMatch to identify, and subsequently prosecute a suspect. This was an identification which they would not otherwise have been able to make given the absence of grounds for obtaining a DNA sample from the suspect himself.

The Golden State killer case highlights the most fundamental issue with the collection and analysis of DNA. The killer didn’t get a DNA test - but one of his relatives did. When you share your DNA, you are not only sharing your own genetic information (and reducing your own privacy), you are also sharing data about your family, who have not necessarily consented to the reduction of their privacy that will entail.

The results of this pattern at scale are significant. When enough people share their DNA, the genetic profile of entire communities becomes available. A study of the database that was used to catch the Golden State killer, for example, estimated that the database contained the profiles of 0.5% of the US population, yet this represented family members (third cousin or closer) of 60% of white Americans. With 2% of the population, that figure would increase to 90%. Since the date of the study, the number of individuals sharing information through the same database has almost quadrupled.

Genuity’s parent company currently plans to build the world’s largest whole-genome database, projected to include some 400,000 participants – roughly a tenth of Ireland’s population – from a presence in all the country’s major hospitals. This would likely give the firm information on almost every family group in Ireland and a significant proportion of the Irish diaspora (estimated at 70 million individuals), which would allow the most private characteristics of a global population to be mapped.

When a proportion of the population allows their genetic data to be collected, analysed and shared, it can expose both them and much broader groups to privacy infringements. We all have a stake in how genetic records are shared.

Dr Róisín Á Costello is Assistant Professor of Law at the School of Law and Government at DCU. She is a former Irish Research Council awardee