Analysis: A ghost story based on the 1641 Irish Rebellion became a cautionary tale warning Protestants of Catholic savagery and treachery

Today, we picture ghost stories being told in limited light to people around a fire. The narrator slowly draws the audience in, building suspense, rising to - BOO! - the inevitable jump scare.

Although largely for entertainment now, the frequent retelling of one particular ghost story in early-modern Ireland served a very different purpose. It was a cautionary tale warning Irish Protestants of Catholic savagery and treachery which, over time, became a story in the Irish Protestant tradition, contributing to the sectarian and cultural divide between Ireland's Catholic and Protestant populations.

Our story begins with an Irish Protestant settler in Co Armagh, Elizabeth Price, who was caught up in events surrounding the 1641 rebellion. This rebellion was caused by a range of issues such as the Ulster Plantations, the confiscations of Irish Catholics’ lands, the diminution of Catholics’ socio-economic status, and their political exclusion. Soon afterwards, a breakdown of discipline led to some Catholic combatants engaging in the indiscriminate killings of Protestant settlers. The true death toll is unknown, but it was widely believed at the time that 154,000 perished, though modern estimates are between 4,000 and 12,000 deaths.

From RTÉ Radio 1's History Show, Eamon Darcy discusses his book The Irish Rebellion of 1641 and the Wars of the Three Kingdoms which addresses how the mythology of massacre circulated in Ireland

The 1641 depositions provide the chief evidence for these killings, but their validity as a source is contested because the thousands of statements describing Catholic cruelties are taken mostly from Protestant settlers. In her deposition, Price claimed that she was captured and tortured. After weeks of captivity, Price’s captors offered their prisoners safe passage to England. For unknown reasons, Price sent her children but stayed behind. En route, Price’s children and other prisoners were forced into the River Bann and drowned near Portadown bridge. Witnesses reckoned that about 100 people were killed in this atrocity, one of the worst of 1641.

Although it is not the historian’s job to offer retrospective medical diagnoses, it is tempting to say Price was traumatised. In her testimony, she described a visit to Portadown bridge afterwards. At twilight, she saw "a vision or spirit assuming the shape of a woman waist high upright in the water naked with elevated and closed hands, her hair dishevelled very white, her eyes seeming to twinkle in her head, and her skin as white as snow which spirit or vision seeming to stand straight upright in the water divulged and often repeated the word Revenge Revenge Revenge."

Stories spread around Ulster as others testified that they too had witnessed this apparition crying out "Revenge!" Locals believed that the ghost expressed God's anger. Alleged "rebels" quivered in fear of divine retribution. The ghost did not disappear until the arrival of English forces, which provided further evidence of God’s displeasure towards Irish Catholics.

From Near FM's Irish History Show, Dr. Micheál Ó Siochrú from Trinity College Dublin on the causes of the 1641 rebellion in Ireland

The atrocity at Portadown and Price’s ghost story soon appeared in print alongside other reports of alleged butchery by Irish Catholics. Perhaps the most influential printed retelling of this story was by Sir John Temple, father of Sir William Temple of Temple Bar fame. He included Price’s testimony in his history, The Irish Rebellion, published in London in 1646 and shaped Price’s ghost story into a broader narrative that equated the plight of Irish Protestants with the Israelites.

Quoting Ezekiel 25: 17, Temple warned that God "will certainly in his own time execute great vengeance upon them with furious rebukes". While lacking the panache of Samuel L Jackson’s version of this line in Pulp Fiction, the message was clear to Temple’s Protestant contemporaries: (Irish) Protestants are God’s chosen people and he will avenge their deaths. Temple’s history explained to future generations of Irish Protestants what "really happened" in 1641.

In the decades after the 1641 rebellion, the date of its outbreak, October 23rd, was commemorated by the Church of Ireland as a reminder of God's role in saving Irish Protestants. Frequently, Price’s ghost story was repeated in preachers’ sermons and in print to remind Protestant audiences of the "barbarous" events of 1641.

The message was clear to Protestants: Irish Protestants are God’s chosen people and he will avenge their deaths

At various moments of religious tensions in Britain and Ireland, like the Popish Plot (1678-1681), the Williamite Wars (1688-1691), and the push for Catholic emancipation (1810s), new editions of Temple’s Irish Rebellion complete with Price’s ghost story reappeared. At a local level, the Portadown Orange Order lodge commemorated the massacre in one of its banners, as the story became stitched into the fabric - and songs - of Irish Protestant identities.

The Portadown ghost story was one among many that ensured 1641 stayed in the memory of some sections of Protestant Ireland. It is a reminder that the ghost stories of today may have had political undertones in the past. Furthermore, Price’s story reveals some of the challenges scholars face when dealing with eye-witness testimonies. What really happened here? Is this the early-modern equivalent of what we now understand as trauma? It is worth remembering that Price was not alone in claiming that she saw the ghost. Indeed, as recently as 2018, others claimed to see more ghosts of 1641 at the same spot... 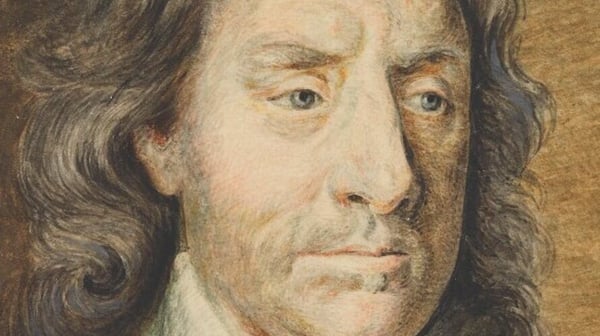 Why did Oliver Cromwell end up in Ireland in the first place? 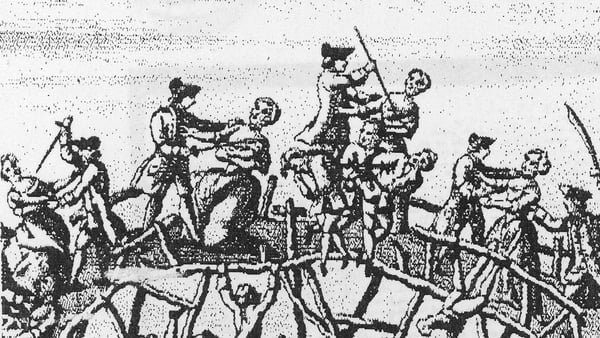 What happened during the Irish rebellion of 1641?