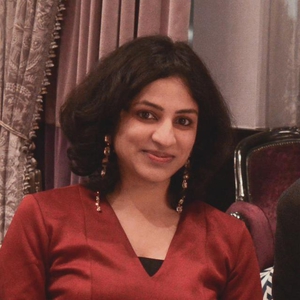 Opinion: recent reports about the amount of tax paid by the US president have cast a cloud over his image as a successful businessman

US president Donald Trump and the one-time The Apprentice superstar has long been hailed as a successful real-estate baron. Thanks to his multi-million-dollar businesses, he's never shied away from an opulent lifestyle.

But all is not well on the business front. Trump’s luxurious hotels and resorts, often presented as a mark of his business acumen, have actually been draining money.

The New York Times reported that Trump has claimed $315 million (€270 million) in losses since 2000 on his golf courses, including the Trump National Doral near Miami. The current US president's three golf courses in Europe, including his Doonbeg resort in Co Clare, have reported combined losses of $63.6 million since he bought them many years ago.

Bought in 2014, Doonbeg posted an operating loss of over €330,000 in 2017. Around 300 staff are employed at the hotel at peak times, including bartenders and cleaning staff. In April 2020, like many Irish businesses, the hotel sought financial assistance from the Irish government to help pay furloughed workers during the Covid-19 pandemic. This scheme provided 70% of worker's salaries to a maximum of €410 per week, so long as they are kept on the payroll.

While Trump declared that he would restrict himself from pursuing any foreign deals during his time as president, his revenue from abroad was around $73 million during his first two years in the White House. Most of this revenue came from his golf properties in Scotland and Ireland.

Trump even managed to reduce his taxable income by treating his daughter Ivanka as a consultant and the fee to her was deducted as a cost of doing business. Since consultants were not disclosed in the tax records, this information was only uncovered after Trump's tax records of Trump were compared to Ivanka's financial disclosures after she joined the White House staff in 2017. Ivanka was reported to have received payments from a consulting company she co-owned that exactly matched the consulting fees claimed as tax deductions by the Trump Organization for hotel projects in Vancouver and Hawaii.

From RTÉ Radio 1's News At One, Cian McCormack reports from Doonbeg as the village prepared to welcome Donald Trump in 2019

As is now well known, Trump paid a mere $750 in federal income taxes the year he won the presidency. He did not pay any tax on income in 10 of the previous 15 years, largely because he reported losing much more money than he made. This information came from an examination and analysis of data from thousands of individual and business tax returns from 2000 to 2017, along with additional tax information from other years, between the president and his business.

Notably, Trump's business losses have often accumulated in larger amounts than what could be used to avail of tax benefits on other income in a year. According to the rules, business owners are permitted to carry forward leftover losses or tax reduction in future years. While a legitimate business would have made use of such protocols wisely, Trump’s $1 billion plus in losses from the early 1990s generated a tax deduction for him for the next 18 years.

In his capacity of president of the United States, Trump never made his tax returns public. Records clearly show a significant gap between Trump’s statements in public and his disclosures to US tax authorities over many years. Notably, the Supreme Court has ruled that the First Amendment allows the press to publish newsworthy information that was legally obtained by reporters.