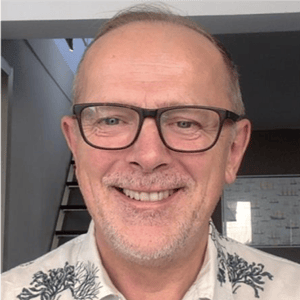 Opinion: if he becomes US president, Joe Biden's foreign policy approach to Latin America is likely to be a mixture of persuasion and force

United States 'policy towards Latin America is marked by two founding tenets, named after their respective presidents. The Monroe Doctrine, first articulated by the fifth US president James Monroe (1817-1825), declared the western hemisphere off limits to European colonial powers. The Roosevelt Corollary to the Monroe Doctrine, developed by 26th US president, Theodore ("Teddy') Roosevelt (1901-1909), was based on a West African proverb the president was fond of: "speak softly and carry a big stick: You will go far".

Both these declarations remain the main guiding policies for US relations with Latin America right up to the present. The Monroe Doctrine, was the original statement of principle, but one which the US could not enforce by itself at the time. The Roosevelt Corollary was a more interventionist version of it, but this time with guns.

Roosevelt’s favoured proverb is particularly telling, as it outlines the dual nature of US policy in the region. The president would later complain that popular emphasis on the Big Stick part of his policy ignored the equal importance of persuasion inherent in the proverb. The policy was not, he argued, just about force, which nevertheless Roosevelt employed abundantly in the region, but also about using the "soft voice" to persuade Latin Americans to see things the same way as the United States.

From Hip Hughes, the Roosevelt Corollary explained in three minutes

But underlying this objective lies an insidious racism which implies that Latin Americans are prone to acting immaturely at best and sometimes barbarously. It is behaviour which needs to be kept in check by the only "civilised, enlightened" (ie white) country in the neighbourhood: the United States. While the dominance of one or the other strand of the policy varies from one president to the next, both are always options. Both also have the same ultimate ideological underpinning: preserving US power and influence in the region in order to reserve Latin America for "civilisation" as embodied in the United States.

During his term in office, Donald Trump seems to have emphasised the Big Stick part of the equation more than the "soft voice" of his predecessor Barrack Obama. Obama supported the peace process in Colombia; pursued dialogue with Mexico and the Central American countries on immigration; strengthened 'democracy promotion’ activities in the region and, most notably, opened up relations with Cuba.

On the other hand, Trump sought to build a "great big beautiful wall" on the Mexican border, while racially stereotyping Mexican immigrants as "rapists, killers and drug dealers". He reversed most of the Obama era openings to Cuba and increased bellicose posturing towards that country. He ramped up sanctions on Venezuela, causing much death and suffering among the population, supposedly in the name of human rights and democracy. Meanwhile, he has cosied up to right-wing governments with dubious records in those fields, including his biggest fan there, Brazil's president Jair Bolsonaro.

From RTÉ Six One News, Donald Trump visits border with Mexico in January 2019 as the row over funding his "great big beautiful wall" continued

Yet Obama was not averse to using the "big stick" either. He maintained the Merida Initiative with Mexico, forged by his Republican predecessor George W. Bush, which provided billions of dollars of security aid (ie US-made guns) to that country, as part of the former’s long running war on drugs. Obama's administration provided funds to 'modernise' the country’s two borders, which included building more of a "beautiful" wall than Trump has ever built, and which critics say led to much of the mistreatment of immigrants characteristic of the Trump administration

Obama and his secretary of state Hilary Clinton failed to condemn a right-wing coup in Honduras in 2009, despite the UN, the EU and most countries in Latin America doing so and which has left that country in chaos every since. And it was Obama who began sanctions against Venezuela, declaring that country a security threat to the US. Equally, it needs to be said that Trump did not entirely abandon the ‘speak softly’ approach. For example, he successfully renegotiated the North American Free Trade Agreement (NAFTA) with Mexico and Canada, which is more or less the same (despite a rename) as that agreed by Democrat president Bill Clinton on January 1st, 1994.

If Joe Biden becomes US president, he will undoubtedly again place emphasis on the ‘speak softly’ approach taken by his ex-boss Obama in Latin America. As Obama’s vice president, Biden was closely involved with most of the administration’s initiatives in the region and knows it well. Expect, then, a more bilateral approach to immigration with Mexico and Central America and more emphasis on economic initiatives. There will be a reversal of some of the harsher aspects of Trump’s Cuba policy; more emphasis on "democracy promotion" than military options; and more regional cooperation on the economy, climate change and Covid-19.

But Biden won’t leave the Big Stick aside entirely. There will likely be a continuation of immigration controls, perhaps extended into sending countries south of the border. The US will maintain sanctions on Venezuela, and indeed Nicaragua, but will probably not encourage coup attempts as Trump has done. There will also be action to counter China’s growing influence in the region. While there will be an important change in tone under Biden, the fundamental objective will remain unchanged: increasing and enhancing US dominance in the region to help "save Latin America from itself".

Dr Barry Cannon lectures on politics in the Sociology Department at Maynooth University. He is a former Irish Research Council awardee