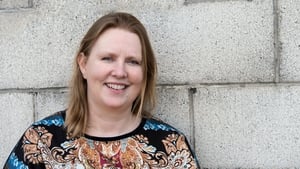 Opinion: like many authoritarian politician, the US president has tried to present himself as a leader with charismatic strength

Modern American leaders have generally sought to portray themselves as active, healthy citizens and fitting embodiments of the state of the nation. Evidence for their vigour has often been located, deliberately, in their public commitment to sport.

Founding father Benjamin Franklin was a dedicated 18th century swimmer and wrote informatively on the subject. US president Theodore Roosevelt's personal transformation from wan youth to muscular endurance athlete and big game hunter led him to instigate a broader public movement centred on the pursuit of athletic excellence through self-discipline. His 1899 speech on the value to the individual and to the international standing of the US, of a "strenuous life", framed physical effort within the context of national supremacy.

In the early 20th century to satisfy a new mass media eager for content, sporting heroes became metaphors for the health, discipline and valour of the nation. Individual sporting excellence became aligned with shared patriotic glory and with the principles of the American Dream. Presidents have played along with these ideals to a greater or lesser extent, availing themselves of photo opportunities to pose variously, as supremely energetic, or as an everyman enjoying his leisure time just like ordinary citizens.

From PGA Tour, the Top 10 US presidents in golf

Some have revealed themselves to be golfers (William Taft, Dwight D Eisenhower, John F Kennedy, Gerald Ford, Bill Clinton, Barack Obama and Donald Trump), while others have been bowlers (Richard Nixon), tennis players (George H.W. Bush), cyclists (George W. Bush) and athletic all-rounders (Jimmy Carter, Ronald Reagan and Ford, a championship footballer). Conspicuous exceptions to this were Democratic presidents Franklin D. Roosevelt, a wheelchair user for over twenty years, and Kennedy, whose continuous back pain from a late 1930s football injury necessitated numerous spinal surgeries and the wearing of back brace. Both men concealed their debilitation from the public, projecting instead an image of good health.

As we enter the home stretch in this year's US election process, the Trump campaign's strategy to reclaim lost ground by underscoring its candidate's credentials as a 'strong’ leader was put to the test by his bout with Covid-19. The president's age, physique, skin tone and unabashed fast-food predilections as well as a preference for golfing at his own resorts, regardless of political demands on his time, have been met with derision from those who despise everything he represents and with delight from those for whom he is the chosen one.

From RTÉ News' States of Mind podcast, legendary author and journalist Bob Woodward on why he thinks Donald Trump's leadership is shocking, tragic and embarrassing.

Acknowledging the value placed by conservative voters on strength and, for those further to the right, an authoritarian leadership style, Trump has opted to present himself as a strongman leader with a charismatic strength throughout his presidency. He has talked about how his "incredibly good genes" were conferred on him by God.

He has sought to present his Covid infection as a moment that has allowed him to prove conclusively the value of his unique physicality and heroic disposition and, of course, its successful augmentation by big Pharma. In other words, Trump is asserting that his swift recovery must be proof for all that he was born to lead. This approach plays particularly well with evangelical voters for whom Trump is God’s agent in the fight against the demonic forces they believe are threatening the US state from within.

The hyperbolic theatrics around his recent hospitalization and return to the White House for a balcony speech have had several commentators reaching back into to history to make comparisons with mad kings and authoritarian rulers such as Mussolini. While the staging on the Truman balcony of his visible vitality was a visual reminder for many commentators of Mussolini’s balcony addresses, dramatic performances of supreme strength for the people by other authoritarian leaders past and present also come to mind.

From RTÉ News, Donald Trump's first public appearance on the White House balcony after his hospitalisation for Covid

Hitler, Vladimir Putin and Jair Bolsonaro have performed ‘strength’ for the camera with the intent of impressing and intimidating the public. The staging of might is crucial to building the myth of the strong authoritarian leader, whether it is Putin’s 'masculinity as musculinity' photo portrayals, or the deification of Hitler in films such as Leni Riefenstahl’s Triumph of the Will (1936). At least, Trump's officials wisely prevented him from tearing open his shirt to reveal a Superman t-shirt.

Trump’s arrival back from hospital by helicopter and his use of the White House balcony as an elevated podium from which to present himself as a renewed and reinvigorated great leader looking down on his people was, of course, signal-boosted by his own officials and family. Prior to her own diagnosis with Covid, press secretary Kayleigh McEnany tweeted "Love seeing our President return home to the White House and stand strongly on the balcony."

The Twitterverse, however, was less impressed with that video than with another, more candid one. Produced by anti-Trump Republican campaign The Lincoln Project, this showed a president short of breath and uncomfortable and was circulated widely with the hashtag #Trumpisnotwell.

Large numbers of early voters are showing that many of the public, including many Republican voters, has grown weary of Trump. They are tired of his publicity stunts, attack politics, self-enrichment, fomenting of social division and discrimination and his poor handling of the coronavirus crisis. US citizens appear to be looking for a different version of strong leadership, predicated on unity and serving the interests of all. We are often reminded these days that not all superheroes wear capes - or Superman t-shirts. But, for now, they do wear masks. 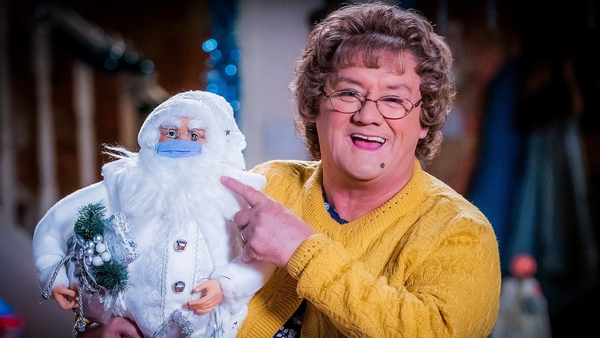 What will the rest of Europe be watching on TV over Christmas?