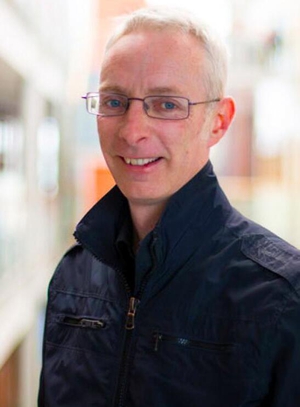 Opinion: media organisations must ensure that more women in sport does not mean less attention and coverage for each woman

Sport Ireland recently announced a tiny "gender gap" in sports participation among the general public.  At 3.4%, it's barely a gap at all. Women and men, boys and girls, are virtually equally likely to participate in sport.

It’s a circle, although whether it’s vicious or virtuous depends on your point of view. This is not a matter of stereotyping or presenting women’s sports negatively.  Instead, it is the "symbolic annihilation" of ignoring them.

From RTÉ 2fm's Game On, interview with Sarah Colgan and Heather Thornton of 20x20, the campaign aiming to shift Ireland's cultural perception of women’s sport by 2020

The media say, with some justification, they are just reflecting a gendered reality in which men’s sport is more popular. They didn’t create this reality and aren’t necessarily contributing to it. This gendered reality means it’s much harder to come up with a meaningful measure of a gender gap in media coverage of women’s sport than it is for women’s participation in sport.

And this isn’t just about sport. How would we know if women are underrepresented in business news Entertainment news? Cultural news? Political news? To calculate a gender gap in media coverage, we need to able to calculate the gender gap in the reality they’re supposed to be covering. This is pretty much impossible to calculate In some areas of life, but relatively easy in others.

My colleagues and I can to some surprising and disquieting conclusions when we studied two important, but very different, events in Ireland's public life: elections to the Dáil and the summer Olympics. These are good events in which to study the gender gap in media coverage. We know exactly who stood for election and who competed in the Olympics. We know what political offices candidates held and we know which medals athletes won.

Specifically, we looked at the summer Olympics in 2008 and 2012 and the general elections in 2011 and 2016. In both cases, a step change in women’s representation was associated with a fall in media coverage relative to men. The 2016 election was contested under new quota legislation that almost doubled the proportion of female candidates, while the proportion of female Olympians surged by 61% between the two sets of games.

In politics, an advantage in coverage for women in 2011 became most probably a disadvantage in 2016, or, at the very least, parity with men. It was particularly worrying that there was a deterioration in the coverage of female councillors compared to male councillors, as a position in local politics is a vital springboard for Dáil elections.

In relation to the Olympics, women went from parity in 2008 to a disadvantage in 2012. This happened even though the most-covered athlete in 2012 was boxer Katie Taylor, undoubtedly the most successful Irish sportsperson in recent times. This shows that, if women are treated equally to men when they are few, that does not mean they will be treated equally when they are many.  What seems like equal treatment when women are few, can be revealed as tokenism when more women enter public life.

We’re not sure why this happened, but think it was a combination of the newsroom’s failure to institutionalise equal coverage in reporting and the implicit bias of individual journalists. Newsrooms were not set up to monitor, or to correct, a gender gap, in contrast to closely policed norms on balance between political parties.  Instead, political and sports journalists were left to make most decisions to allocate space between men and women.

Journalists needed to consciously correct for their own implicit gender bias to conform to their belief in gender equality when covering the news. A surge in women in politics and sport presented journalists with a potentially exhausting set of conscious checks on their own bias. We think they may have defaulted to their implicit attitudes and so there was a reduction in the coverage of women compared to equivalent men.

Organisations must develop new routines and norms to ensure that more women does not mean less attention for each woman. One of the functions of the newsroom is to correct (some of) the biases, implicit or explicit, of their journalists. They can easily adapt these age-old routines to correct for gender bias too.  Otherwise, the narrowing of the gender gap in political and sports representation may widen the gender gap in media coverage, or even reopen it, as appears to have happened in the instances we studied.

This phenomenon should also exist outside the media in any context where there are large numbers of decisions about whether to favour males or females. Indeed, we should be wary of a similar unexpected reappearance of bias where other historically marginalised groups secure increased representation.

Prof Iain McMenamin is Professor of Comparative Politics and Head of the School of Law and Government at DCU. He is a former Irish Research Council awardee