Analysis: the current Government may have had problems, but they've a long way to go to emulate Charles Haughey's 'misbegotten' 1982 administration

For many, the historic agreement of Fine Gael and Fianna Fáil to form an administration in June of this year signalled a major shift in the political dynamic we have known since the late 1920s. Together with the Green Party, the participation of the two Civil War rivals had the potential to revitalise the concept of centrist politics in this state.

Although it had its detractors from the outset, most seasoned political commentators wished the Coalition well. While many have become highly critical of career politicians in recent years, the new Government had the opportunity to demonstrate that pragmatic decision-making practiced by ‘moderate’ leaders could be more attractive than the simplistic solutions often proposed by political organisations on either the hard-Left or far-Right in other countries.

But so far, this has not been the case. The first three months of the Government’s tenure has seen a veritable catalogue of mistakes, mixed messages, gaffes and borderline ‘scandals’ from which to choose. The Taoiseach, Micheál Martin, has already appointed three different Ministers for Agriculture due to embarrassing errors of judgment by the first two. Another minister was lambasted on social media for falling asleep in the Dáil, while Ireland lost a powerful and influential EU Commissioner, along with the coveted portfolio he held.

Confusion regarding Covid restrictions and the methodology of grading state exam results has cast doubts over governmental competence. A lack of clarity surrounding restrictions on some ‘wet pubs’ prompted a backlash due to the (inaccurate) perception that the authorities would seek records of what individuals had to eat in restaurants.

Observers would be forgiven for supposing that this administration is shaping up to be the most dysfunctional in our history. Perhaps it will. But it still has a very high bar to clear before it can come close to surpassing the short-lived GUBU Government of 1982.

Failure to secure a majority in the February 1982 election forced Fianna Fáil leader Charles Haughey to seek the support of unlikely Dáil allies to ensure his election as Taoiseach. These included independents Neil Blaney, previously forced out of Fianna Fáil due to the Arms Crisis, and Tony Gregory, a socialist activist unlikely to be sympathetic to the business interests that Haughey typically cultivated. Haughey also sought support from the small socialist Sinn Féin–The Workers' Party, which had links to the Communist Party of the Soviet Union (this version of ‘Sinn Féin’ should be distinguished from what was then known as ‘Provisional Sinn Féin’, later led by Gerry Adams).

From the start, the new administration was in a very precarious position. Keeping these disparate personalities together would require political skill, competent management, and a large amount of luck, all of which proved to be sorely lacking in the next few months.

A whiff of scandal even preceded this administration's birth, as Haughey’s election agent and close friend, Patrick O'Connor, together with his daughter, were arrested and charged with voting fraud during the general election itself. Although the case against the O’Connors was ultimately dismissed on a technicality, their strong links to Haughey embarrassed the Government.

But media speculation and public focus on this case was quickly surpassed by other issues, such as Haughey’s early decision to appoint a Fine Gael TD, Richard Burke, to the EU Commission. Burke’s previous experience as a commissioner spoke to his credentials, but many within Fianna Fáil were shocked, as governments typically gave this 'plum job’ to someone in their own party and not to political opponents. Haughey gambled that Fianna Fáil would win the subsequent Dáil by-election after Burke went to Europe, thus increasing the Government’s majority. The gamble failed, Fine Gael retained the seat with businessman Liam Skelly and the Taoiseach faced grumblings within Cabinet for handing the commissionership to "the Blueshirts".

Haughey’s appointment of retired garda, Seán Doherty, to the sensitive Justice portfolio would prove an unfortunate decision for all involved. Already disliked by the anti-Haughey wing of Fianna Fáil, Doherty’s tenure was marked by a plethora of allegations. These included stories of threats to forcibly transfer uncooperative gardaí to unpleasant postings and concerns regarding the use of public funds to erect unnecessary ‘security’ structures at his property.

There were claims of a cover-up when a member of his personal security detail allegedly crashed a garda vehicle, and misplaced automatic weapons, after socialising with Doherty. There were also suspicions that some gardaí had colluded with the Royal Ulster Constabulary to prevent a key witness from giving evidence against Doherty’s own brother-in-law during a court case in the Republic.

Any of these scandals would be enough to tarnish a government's legacy, but they paled in comparison to the Malcolm MacArthur affair

However, such disquiet was minor compared to the shock accompanying later revelations that Doherty ordered the illegal phone-tapping of two journalists, Geraldine Kennedy and Bruce Arnold. Ostensibly, this was for "national security" reasons. In truth, Haughey was angered by critical media coverage of his government, and suspected opponents within Fianna Fáil were speaking to the press. He directed Doherty to find the source of the ‘leaks’, which prompted the phone-tapping.

The controversy led to Doherty’s public shaming, and the resignations of the Garda Commissioner, Patrick McLoughlin, and the Deputy Commissioner, Joe Ainsworth, in early 1983. When a disgruntled Doherty finally outlined the full complicity of ‘the Boss’ in the affair in 1992, it forced Haughey’s own resignation as Taoiseach.

Any of these scandals would be enough to tarnish a government’s legacy, but they paled in comparison to the Malcolm MacArthur affair. During summer 1982, an unemployed MacArthur was rapidly running out of the money inherited from his father’s estate, and chose to embrace a new career as an armed robber. Though he signally failed in this pursuit, his actions led to the heinous murders of Bridie Gargan, a young nurse in Dublin, and Dónal Dunne, a farming man from the midlands.

The Garda were initially unaware of who was responsible, or even that the murders were connected. By mid-August, MacArthur was traced to his hiding place at a friend's flat in Dublin, which also happened to be the home of the then Attorney General, Patrick Connolly. It should be emphasised that at no point prior to MacArthur’s arrest did Connolly realise he was sheltering a double-murderer.

However, as embarrassing as this would be for the Government, Connolly's reaction compounded the difficulty. Rather than addressing the matter with detectives when MacArthur was arrested, Connolly departed the following day for his scheduled trip to the United States. The story broke internationally during his flight across the Atlantic, and he was greeted by a barrage of reporters when he landed in New York, all eager for comment on his level of 'involvement’.

A hasty return to Ireland and a conclave with Haughey brought the inevitable and Connolly resigned as Attorney General. During a subsequent press conference, the Taoiseach outlined his shock at the affair, describing it at intervals as a "grotesque situation", an "unprecedented situation", a "bizarre happening" and an almost "unbelievable mischance". From these colourful adjectives Haughey’s adversary, Conor Cruise O'Brien, formulated the acronym GUBU, a term now synonymous with that government and a byword for political incompetence.

The Government hobbled on until the Dáil’s return in October, but was fatally wounded. The various scandals, allegations and intrigues had disturbed both Tony Gregory and Sinn Féin–The Workers’ Party, but it was Haughey’s acceptance of the need to curtail public spending that proved a step too far for these TDs. They withdrew their support and Haughey’s misbegotten government fell from power in November 1982 after just eight months in office. At the time of writing, there is still plenty of opportunity for Martin’s current Cabinet to beat the GUBU Government’s unenviable record as Ireland’s briefest and most dysfunctional administration. 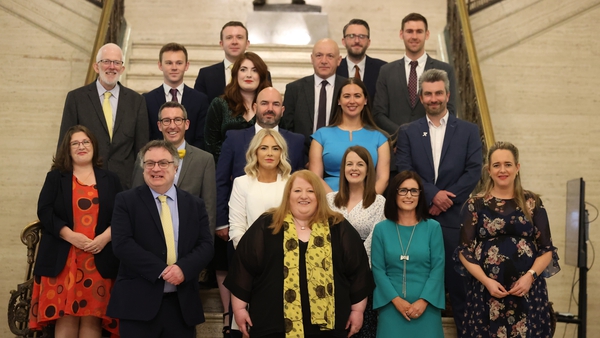 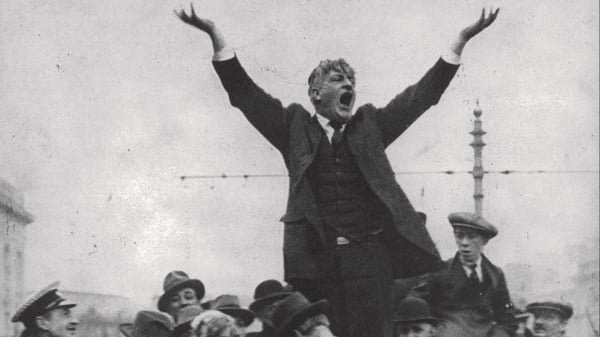 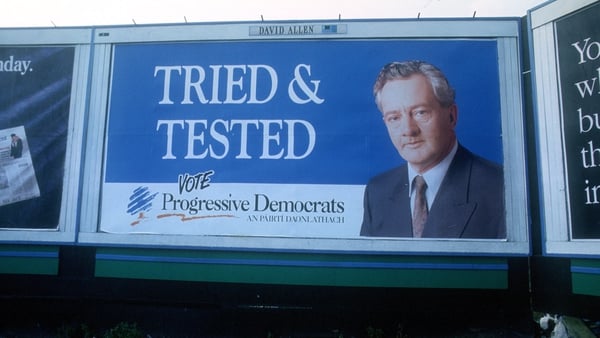 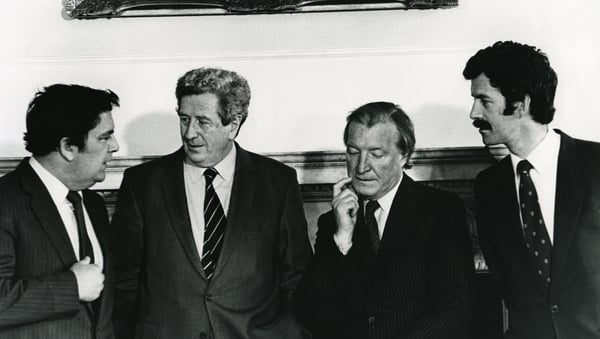 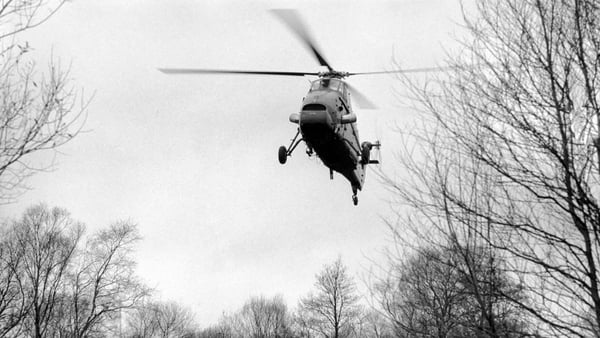