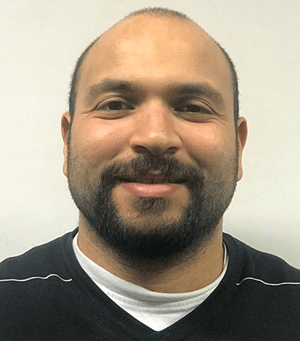 Opinion: you can't argue with the health, dental and obesity advantages of a diet that is low in simple sugars

In 1996, Yvonne Sanders-Butler suffered a stroke. A teacher from Georgia in the United States and a self-admitted over-eater, Sanders-Butler struggled with yo-yo diets for 26 years and the health scare inspired a health revolution both personally and for her community.

A primary school principal of a middle-class school, Sanders-Butler decided she was going to make a change for herself and her 1,000 students. Cookies and ice-cream were commonplace in the school and a typical breakfast was made up of donuts and soft drinks (or sugar-sweetened beverages, as referred to in scientific literature). 20% of students were overweight and just over 50% achieved a passing grade.

What was seen as a drastic action at the time, Sanders-Butler introduced new healthy eating initiatives, made an aggressive attack on processed sugar (she removed 90% of items from school menus) and students were not allowed to bring sugar into the school. Sanders-Butler recalls telling a grandmother carrying cupcakes for her granddaughter that she would not be allowed on school property with the treats.

Over the years, the school has seen a 15% increase in math and reading scores, a 23% reduction in students having to be 'sent to the principal's office’ and no instances of obesity among the student population. Sanders-Butler’s school is an important case study, as a student’s daily energy intake during school hours varies from 19% to 50%.

To fully understand Sanders-Butler and her school’s success, we need to explore what we mean by the umbrella term ‘sugar’. Sugar actually refers to a wide array of chemicals, ranging from plant based complex carbohydrates such as starch to simple, refined or processed sugars like fructose. The rule of thumb with how we define if a sugar is ‘good’ or ‘bad’ is how it is broken down in the body.

Sugar is vital to numerous biological functions, yet simple sugars are broken down too quickly in the body, leading to the pancreas creating insulin to convert the excess to fat. What we are most used to in our daily lives is white crystal sugar. Composed of sucrose, it is a stable combination (disaccharide) of glucose and fructose. Sucrose is extracted from plants such as sugar cane or beet which is processed or refined (hence the name) into pure crystals.

From RTÉ Radio 1's Weekend Show, home economist and lecturer Agnes Bouchier-Hayes on how much sugar is in our food and drinks.

The problem arises when we look at the overindulgence of refined sugars in modern diets. Stealthily present in many foods, levels of refined sugar consumption have tripled in the last 50 years. Indeed, the WHO refers to these sugars as 'free sugars' in that they are added by the manufacturer or users to food products. Modern research on sugar in schools has focussed on these free sugars and has shown the advantages of reducing one’s consumption of sugar, with regard to oral hygiene and obesity.

But what is not yet crystal clear is the impact of refined sugar on behaviour in schools. A Norwegian study of 5,000 students found that 45% of boys and 21% of girls drank soda on a daily basis and high levels of soda consumption with associated with hyperactivity, misbehaviour, delinquency and even mental health problems. However, other studies counter this and argue that links between sugar consumption and cognitive behaviour is a myth, rooted in confirmation bias and social reinforcement.

Even with conflicting evidence around behaviour, the other proven advantages of reducing sugar has brought about a new trend of ‘Sodabriety’ in schools. As a 330ml can of cola contains 7.8 teaspoons of sugar, fizzy drinks are a quick and easy sugar fix and are most commonly consumed by teenagers.

From RTÉ Radio 1's Morning Ireland, Dr Marian O'Reilly from Safefood on how the sugar content of some energy drinks has fallen, but bottles and cans are bigger

One school combatted the phenomenon by installing water dispensers beside vending machines to give students a healthy option. However, it seems that students will not automatically make the healthy choice as the innovation had zero impact on the consumption of fizzy drinks.

But what has proven beneficial is educational initiatives and culture changes in schools and the wider community. A decrease in free sugar consumption has been found in schools where students are taught about healthy eating, food production and even given cooking classes.

The positive results seen in Sanders-Bulter’s school seem to be almost intuitive today, but other’s still call it a myth. Sanders-Butler’s actions were more than simple traditional health initiatives or a small-scale study on her school as her approach also brought in external stakeholders from the community. She visited local food suppliers and procured a list of ‘authorised’ vendors to shape the new school menu as well as encouraging staff members, teachers, parents and students with the initiative. It was an all or nothing approach.

Ireland is slowly following the healthy eating trends. Numerous guides and documents are available online from the HSE and SafeFood. Another key initiative is the Schools Meals Programme that provides funding towards food for disadvantaged children and DEIS schools. To maximise the impact of the scheme, mandatory nutritional standards with a specific focus on reducing simple sugars, salt and fat are available online.

Credit also needs to be given to teachers and principals in Ireland. Many readers will be acutely aware of what is and is not allowed in their child’s school lunch. This will vary from school to school, but highlights the important changes that educators can bring about, often in their own time.

No matter where you stand on the issue, the anti-sugar and pro-health movement is gaining traction inside the school gates and beyond with the introduction of the sugar tax in 2018. Whether the behavioural and cognitive benefits for students are true or not, you can’t argue with the health, dental and obesity advantages of a diet that is low in simple sugars. The important thing is that the government, schools and individuals are taking a stand. Hopefully, it's one that can provide lifelong benefits to all our population in the future.

Ahmed Metewea is a PhD researcher with SSPC, the SFI Research Centre for Pharmaceuticals, at the University of Limerick