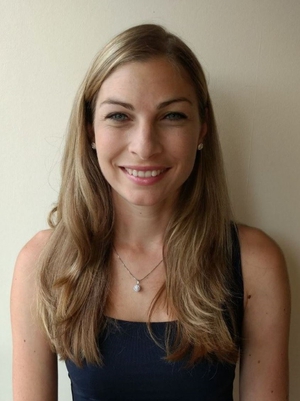 Analysis: research shows that parasitic worms may be key to the treatment of sepsis and other diseases

Every three seconds, someone dies from sepsis somewhere in the world. There is no direct treatment at present for sepsis, which happens when the body's response to an infection injures its own tissues and organs. An estimated 3,000 people die from sepsis in Ireland every year, which is the equivalent of every one in five patients who develop the disease. The worldwide estimates of 49 million patients and 11 million fatalities is more than the number of lives taken by cancer and the scientific and medical community are battling hard to find treatment pathways.

Some secrets to tackling sepsis can be found in the parasitic worms which live inside the bodies of a quarter of the world’s population. The parasites have evolved with humans over millennia and have developed an extraordinary ability to steer our immune responses. Now we may be on the verge of learning from our parasitic residents how to steer sepsis - and similar inflammatory diseases - in another direction.

These worms (technically known as helminths) are large parasitic organisms and often reside in our tissues, such as the intestine or liver. There are many different kinds of worms and the diseases they cause have equally long names, such as schistosomiasis, fascioliasis (liver fluke disease), paragonimiasis, clonorchiasis and opisthorchiasis.

From RTÉ One's Prime Time, Conor Wilson reports on sepsis, the infection that can bring perfectly healthy people to the brink of death within hours.

Worms are rarely a problem in humans in high-income or developed countries, where there is adequate access to sanitation and medication, and they are more associated with agricultural animals such as intestinal worms or fluke in sheep and cattle. However, worms affect over two billion people globally who primarily live in low to middle income regions of the world, such as parts of sub-Saharan Africa, Asia, and South America.

Studies over the last decade or so have shown that there is an increase in the incidence of inflammatory-related diseases, such as multiple sclerosis and Crohn’s disease and even asthma and allergies, in the more developed world which some researchers have attributed to our lack of exposure to worms. It appears that our immune system evolved to live with worms and, now that they are no longer there, our immune responses are prone to overreact.

The extraordinary high prevalence of worm infections in the world undoubtedly reflects their co-evolution with and adaptation to mammals. One of the major factors related to their success is their ability to manipulate or suppress the host protective immune system to their benefit, preventing their elimination and accounting for their survival for up to 20 years in humans and animals. Worms are just like Janus with two faces: they live inside us for many years slowly causing damage, while their immune-regulation ability compromises our immune system. On the other hand, this regulation protects us from over-reactions that can cause severe tissue damage.

But can we learn from worms? Can we look at how they exploit their ability to modulate our immune system to our benefit and use the knowledge in the treatment of dysregulated immune reactions, such as in autoimmune disease or, indeed, sepsis? Since the course of sepsis is characterised by hyper-inflammation, maybe we can use a worm’s know-how to counteract this?

How do worms suppress our immune system?

Worms have many ways to selectively and effectively control specific arms of the host immune system. They can mute the alarm signals sent out by cells called macrophages that would otherwise signal the immune system to limit the worm’s ability to spread and move through the body. They can also silence ‘sentinel’ immune cells (dendritic cells) that carry the pathogen messages to the main orchestrators of the protective immune response (B-cells and T-cells).

They can also instruct T-cells to guide the immune system in a direction that the worms are happy with. This may sound complex but that is exactly why these creatures are so intriguing. Their ability to hack our immune cell signals and then control the response of those cells is a natural phenomenon from which we can learn. They do this by secreting molecules (we call them immune-modulators) that are specific to each worm which seep into the host tissues, enter the immune cells and influence their activity.

From RTÉ One's Six One News, a report on the lack of awareness amongst the general public about the dangers of sepsis

Our research aims to bring a novel treatment to people suffering from sepsis by utilising the immunosuppressive molecules secreted by worms. Over the years, we have discovered small proteins (peptides) released by various worms which we have called Helminth Defense Molecules (HDMs). They exhibit similar biochemical and functional characteristics to the molecules which human immune cells use to modulate the response of immune cells to pathogens. In fact, we think the worms are mimicking host molecules and using them to intercept their regulatory signals.

In the laboratory, we have discovered that these HDMs have protective effects against lethal endotoxemia and clinically-relevant bacterial infections. We found that HDMs dampen host’s inflammatory response, especially the responses of the damaging macrophage. By entering into the macrophages, they reprogram them and silence their alarm system that is responsible for the activation of inflammation. More excitingly, we have shown in pre-clinical work that administration of HDMs protects from autoimmune inflammatory diseases such as Type 1 diabetes and multiple sclerosis.

The pre-clinical and immunological evidence for the suppression of immune dysregulatory diseases such as allergy, autoimmunity, and inflammatory bowel disease has led to several clinical trials of treatment using live worm parasites. Some studies have proposed the use of live parasite infections, such as with Trichuris suis, a pig roundworm, to treat inflammatory diseases. These tests showed significant suppression of the disease in all cases and led to further large-scale trials.

While clinical studies with these infections have shown some promise, live infections could have serious pathogenic side effects and uncontrolled systemic immune suppression. Thus, we have advocated the use of well-defined, synthetic parasite molecules that are readily producible and whereby treatment can be controlled and safely delivered in the appropriate setting.

We are continuing our research on parasite HDMs and advancing these into pre-clinical studies for the treatment of sepsis. We are isolating these for various different worm parasites with the hope of having a plethora of molecules to test. Soon we hope to offer a new treatment for sepsis and the common complications associated with it, such as acute kidney injury. We hope that we can steal the keys from worms and use them unlock the path to inflammation to our benefit.

Dr Barbara Fazekas is a Postdoctoral Researcher in the Applied Molecular Parasitology Laboratory in the School of Natural Sciences at NUI Galway. She is an Irish Research Council awardee and her research is currently funded by Science Foundation Ireland