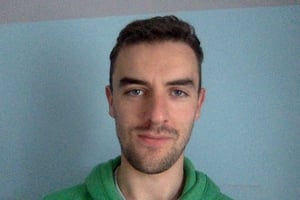 Analysis: research shows that a lack of digital literacy could be a major factor in the sharing of fake news by older adults

Fake news is now a term we’re all familiar with. It’s essentially news that is presented as fact, but is actually false. An example of fake news in action occurred in 1938 when the Orson Welles' drama version of War of the Worlds was broadcast on national radio in the United States. Because radio was a new technology back then, some listeners actually thought the world was being invaded by aliens. Ironically, this illustrates the very problem we have today: new technology telling us stuff that may or may not be true.

In 2020, we are more connected than ever before. Nearly everyone possesses a device used for communication, entertainment and unlimited access to knowledge. There is more computing power in the palm of our hands than it took to land humankind on the moon.

But with great power comes great responsibility. Some predictions suggest that you could potentially have consumed more false than factual information by 2022. It is easy to see the reality of this statement with a brief look at the not so distant past. In 2016, Donald Trump was elected amidst a hail of fake news allegations. Through online manipulation, fake news stories received more shares, reactions and comments on Facebook in the run up to the 2016 election when compared to the top ‘real’ news stories.

From RTÉ Radio 1's Ryan Tubridy Show, CNN's Donie O'Sullivan on how fake news can be used to cause real harm

Who is sharing all this fake news?

Remember that iPad you got your parents or grandparents for Christmas? Well, there’s a good chance they interact with fake news on it. People over the age of 65 are more likely to engage with fake news. During the 2016 US election, older adults shared the most fake news, with research concluding that one of the main reasons for interacting with fake news is advancing age. Older adults’ Twitter feeds were found to contain the most fake news compared to any other age group.

Facts like this may seem harmless, but the reality is that older adults voted at a higher rate than any other age group in the 2016 American elections. This suggests that the group most vulnerable to fake news, is the group that voted the most. But

Why are older adults more likely to share fake news?

Research shows that general cognitive decline can effect older adults’ online behaviours. For example, when older adults read an online story, even if it’s identified as fake news, they may be more likely to remember the story and even begin to think of it as true. This can be explained by a ‘repetition effect’, where memory for the context (the story is fake) may be forgotten, but subjective memory (familiarity with the story) is recalled. This may explain how stories on Facebook or Twitter, which appear several times in an user's feed, are more likely to be shared by older adults.

From RTÉ Radio 1's Drivetime, The Journal editor Sinead O'Carroll on the spread of fake news about the coronavirus via social media

Evidence for this can be seen in how older adults self-report less willingness to share a fake news stories than younger-adults, yet end up sharing these stories when online. This sharing of fake news online directly contrasts with older adults’ intentions and, therefore, may be explained by their lack of digital literacy. Taking this view is constructive as we can remedy a lack of digital literacy. Solely blaming age is destructive and it will only further exclude older adults from the digital world.

Is there a remedy for this?

Instead of blaming older adults’ online behaviour on cognitive decline, we can take a constructive view where education becomes the remedy. As of now, technology research with older adults is focused on getting older adults to use technology, but there needs to be a shift in focus.

From RTÉ Radio 1's Morning Ireland, Michael O'Keeffe from the BAI on a new Reuters' report into media consumption and fake news

If older adults get online successfully but obtain no more instruction in the area, we are essentially helping them to open a Pandora’s box, and then leaving them to understand its contents alone. We must ensure older users have the digital literacy necessary to conduct themselves online. Ultimately, this education must begin on an individual level The next time your parents or grandparents ask you to show them how to do something on their device, go above and beyond. Society may depend on it.