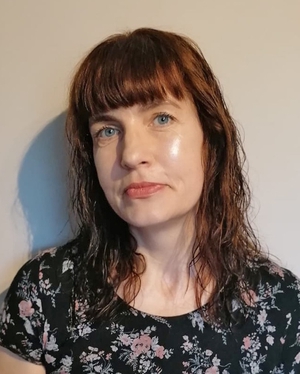 Opinion: local authorities are significant stakeholders in Irish culture yet there are massive differences in arts provision throughout the country

The reach of the National Campaign for the Arts' #savethearts campaign highlighting the problems of the Irish art sector is well-documented. The campaign has concentrated on the responsibility of the Arts Council of Ireland, government ministers and TDs for arts funding.

But Ireland's local authorities are also significant stakeholders in the arts. Their spend on the arts for 2020 was almost equal to the investment by the Arts Council before the government awarded the latter the Covid-19 emergency support package. Despite the comparable funding, local councils are 'not explicitly mandated' to invest in arts or culture, though they are the primary stakeholder for art centres. 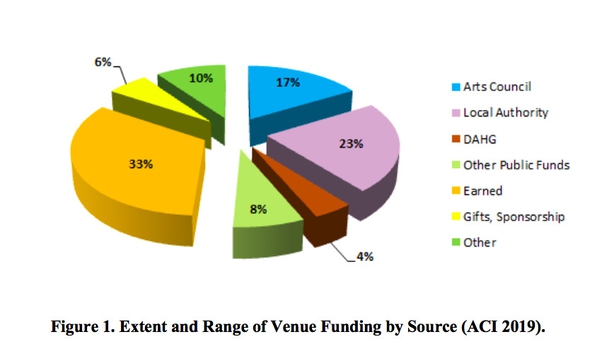 Each local authority determines its funding and spending priorities in its annual budgets. The elected members of a local authority have direct responsibility for adopting the annual budget and are accountable for all expenditure by the local authority. It is not uncommon for public representatives to have no appreciation for the arts, yet these elected members vote on funding decisions that directly impact the arts sector. As a result, there is a pronounced disparity in arts provision throughout the country 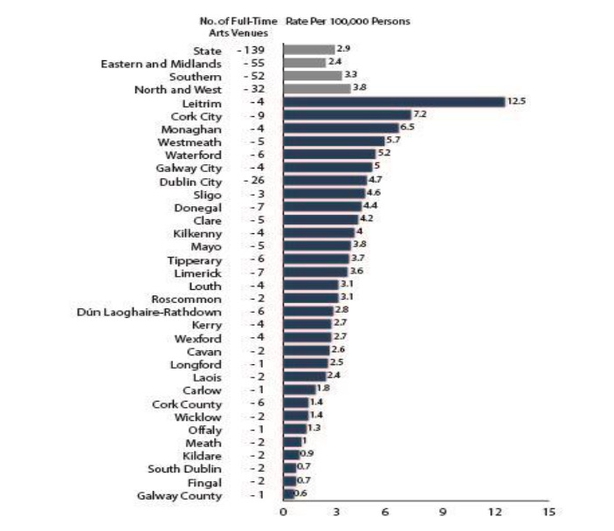 It is evident from the differences in provision for the arts throughout the country that some senior management in local authorities and elected representatives consider the arts to be a high priority and others do not. Two respondents to our research considered the role of the arts in their counties: one described the arts as "our oil", while the other saw the arts as a process of "just ticking boxes."

Local representatives play a significant role in the funding decisions for the arts at the county level, and their support is crucial.  Despite this, very few officials or councillors visit arts events or exhibition launches. Respondents observed that "not enough" attend, and reported that a regular presence by senior management and elected representatives at events would assist in raising the profile of the arts sector: It would ensure a continued understanding of the importance of the arts and creative sector and, in turn, ensure that any budget decisions by elected members do not impact negatively on this sector.

If senior management, councillors and TDs made a genuine effort to understand what it is that the arts are providing to the community, they would have a greater appreciation of the value of it. If they understood the value of it, the support would be there and it would be provided because they could see the rationale.

From RTÉ Radio 1's Morning Ireland, report on the challenges faced by artists and the arts sector due to Covid-19

The study deduces that there is a lack of awareness within the local authority of the positive role that arts and culture can play in rural towns and communities. However, this lack of appreciation is not necessarily their fault. Many people did not have any exposure to the arts growing up due to its late addition to the national school curriculum. Furthermore, membership of the local authority changes every five years after local elections which can affect attitudes, support and funding decisions.

Principally, the research found that "the local authorities respond to the demands of the community. In one or two other very small counties, rural counties primarily, there is no noticeable demand from the community." A respondent articulated how the lack of local support resonates nationally: "the role of the local authority is crucial here because the Arts Council will only observe how much support is being provided by the local authority, and then they will decide on their own support proportionately."

Locally elected representatives and staff working in local authorities should be encouraged to learn more about the role of arts and culture in society, and their counties. The Arts Council could assist by consulting with elected councillors as well as local authority officials when developing local policy strategies. This would produce a greater understanding and more collaborative, and inclusive approach to the arts locally. Ultimately, as one respondent observed, it is the elected representatives that are accountable for supporting and implementing arts policies.

Accordingly, there is an onus on the community to challenge representatives on their support for arts and culture at county level, and articulate their demands for a significant increase in resources. Considering the financial challenges in the post-Covid era, visible, co-ordinated solidarity that instigates public discussions with local authorities and representatives on arts provision will be critical to saving the arts nationally.