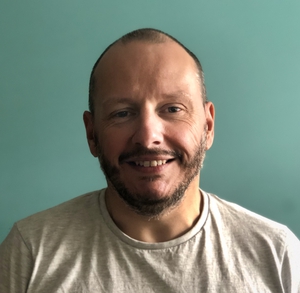 In today's globalised world, the crime novels we read and the crime dramas we watch can be set almost anywhere in the world. Like many of you, I have recently enjoyed crime novels set in Ireland, Mexico and Chile and binged on crime dramas from Finland, Japan and Canada.

A large part of the attraction of these novels and series are their locations. It is fascinating to learn about crime and policing in other cultures and, of course, we would all love to live in a beautiful house by the sea like Inspector Montalbano. For these reasons it is easy to think of the locations of crime novels and series purely as windows dressing, pleasing scenery in front of which the real drama takes place. However, contemporary research on crime fiction and drama (and literature more generally) reads location differently.

Location is now viewed as an active element in the drama and the politics of crime fiction and television. This change in approach occurred when crime fiction critics like David Schmid applied the theories of a movement known as the 'spatial turn’ to the study of crime writing. They believed that literary and cultural representations of space were never impartial and always loaded with political meaning.

This re-evaluation of the role of space in literature is particularly useful in study of crime fiction and drama, as space and place have always been of profound importance to these genres. For example, Sherlock Holmes is as inextricably linked with London and 221b Baker Street as John Rebus is with the streets of Edinburgh.

The politics of crime fiction and drama is perhaps most obvious in the depiction of certain spaces of types of space. My own research explores one type of space: borders. Much recent crime fiction and TV drama is set in border regions. Northern Irish crime writers Brian McGilloway and Anthony J Quinn set most of their work in the Irish borderlands, while writers like Don Winslow and Rolando Hinojosa have located much of their crime fiction in the US and Mexican borderlands.

From MHz Choice, trailer for The Bridge/Broen

On television there have been of spate of border crime dramas recently. Perhaps the most well-known is The Bridge / Broen (2011) which is set on the border between Denmark and Sweden. Other recent border based crime dramas include Bordertown (2016) which is set in a Finnish town near the Russian border and Borderliner (2017) which is located in a Norwegian border region close to Sweden.

Borders are perfect locations for contemporary crime fiction and drama because they allow the writer and the reader/viewer to investigate the changing nature of contemporary crime and contemporary policing. In our globalised age, crime no longer respects national borders and is often transnational. Criminals benefit from the opening of borders to free trade, and as Andrew Pepper has remarked, international crime "mirrors the logic" of contemporary capitalism in many ways.

The border location is a fissure through which illicit goods can flow and through which we can gain insight into operations of organised criminals, police forces and the state

Tragically, one of the most common themes in contemporary crime writing is human trafficking. Criminal gangs view humans as profitable products and are involved in the abduction or deception of poor (mostly) women and children, who are subsequently trafficked for sexual exploitation.

Border crime writing often questions the role of the state in regulating big business and preventing crime and finds it wanting. In fact, in some cases, the representatives of the state are corrupt and benefit from the bribes of big business or the profits of crime.

The border location in these novels/dramas is not merely a neutral background, but rather a fissure through which illicit goods can flow and through which we can gain insight into operations of organised criminals, police forces and the state. This insight is neither conservative nor reassuring.

Eoin McCarney is a PhD student in in the School of Applied Languages and Intercultural Studies at DCU.