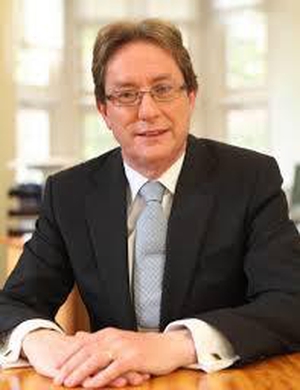 Analysis: the relationship between the two countries has been transformed from close cooperation to outright competition

The Covid-19 crisis has raised the tension between the US and China, with disagreement and accusations about the source of the virus and claims that China could have done more to prevent it becoming a worldwide pandemic. But the scene for mutual suspicion had already been set by the trade war of the past three years which has damaged both economies. Controversy over Huawei's entry into the global 5G market has also exacerbated the issue.

Well informed commentators talk about the start of a new Cold War. Conflict between the two largest economies in the world over Taiwan, Hong Kong and control of the South China Sea could well boil over. The relationship between the two has been transformed from close cooperation to outright competition.

Concern about the emergence of China as a major power precedes the presidency of Donald Trump. In 2012, an article in The Atlantic suggested that the "Euro Atlantic world had a long run of global dominance but it is coming to an end". That article pointed out that China’s share of world GDP was 2% in 1980 when the US accounted for circa 25%. More recent data suggests that the US continued to represent a quarter of global nominal GDP, whereas China’s share had increased by more than 16%.

From RTÉ Radio 1's Morning Ireland in May 2019, a discussion on the prospect of an all-out US/China trade war

The stakes in this conflict are high. The West, particularly the US, has engaged significantly with China, over the years since Deng Xiaoping launched a historic reform of the Chinese economy, welcoming inward investment and ultimately joining the World Trade Organisation in 2001.

Thousands of US and European companies have established businesses and manufacturing plants there. Bilateral trade between the US and China exceeded half a trillion dollars in 2019. Hundreds of thousands of Chinese students study in some of the best American and European universities. Major European and American automakers are dependent on the Chinese market. Over a third of VW’s and approximately 40% of GM’s worldwide sales were in China. The recent launch of the Made in China 2025 programme confirms China’s ambition to be a leader rather than a follower in industry and technology.

From RTÉ News, Queen's University Belfast are chartering a plane for students travelling from China

Where might a new cold war lead? One possibility, of course, is escalation to a real war. Professor Graham Allison of Harvard's Kennedy School considered the possibility in his 2017 book Destined for War – Can America and China Escape Thucydides’ Trap? Named for Thucydides, the Greek historian of the 5th century BC, the trap suggests that emerging powers end up in inevitable military conflict (as Athens did with Sparta).

Allison generalised this concept. Rising powers threaten established powers, and the issue is frequently resolved through war. He reviewed 16 historical situations since the early 16th century and, in all but four cases, war was the outcome. The four cases he cites as being resolved without recourse to war are all relatively recent, starting with the transition from the British empire to the Pax Americana post 1945, and including the end of the Cold War in the 1980s. Perhaps we have learned something from history.

To understand China's attitudes towards its place in the world, it is worth knowing that many in the country regard it as having had, as the phrase goes, "a difficult 19th century". The latter half of that century up to the early to mid 20th century was particularly challenging. The Opium Wars of the 1840s and 1850s, the ceding of treaty ports, including Hong Kong, to various European and Asian powers, defeat by Japan in the first Sino-Japanese war of 1894-95, major internal strife brought about by the Taiping and Boxer rebellions and the emergence of regional warlords. as the authority of the Empress Dowager Cixi and the central bureaucracy faded, resulted in what is considered by many Chinese to be an era of humiliation.

From It's History, a look at the period between the 1840s and the 1940s which is known as China's Century of Humiliation

China is very conscious of its history and the patterns of the rise and fall of empires and powerful civilisations. How many of us in the West appreciate that China and India were the most advanced economies in the world from the fall of the Roman Empire until well into the 18th century?

Talking to colleagues and students in China over many years, what stands out is their level of ambition. There is an evident commitment to realising that ambition and their sense of pride that China is again "taking its place in the world", after what they consider the humiliation of the past. Their perspective seems to reflect Xi Jinping's bolder stance, and contrasts with the approach widely attributed to Deng Xiaoping to "hide your strength, bide your time and never take the lead".

The response of the US to a more assertive China is clear and is shared across the US political divide. A change of president will not alter the fundamental policy approach, although it will likely lead to more effective engagement with US allies, particularly in Asia. It's unlikely that countries such as India, Japan, Australia and South Korea will want to be led into a binary choice between the US and China.

From RTÉ Radio 1's Drivetime, Professor Rana Mitter from the China Centre at Oxford University on the rise of Chinese nationalism and the vast reach of China's economy

The attitude of the German government, knowing that China is Germany’s biggest trading partner, is informative. While critical of the new national security law in Hong Kong, Angela Merkel has emphasised the need for dialogue with China on the basis of mutual respect. Given the interconnectedness of China with the wider world and the global challenges of climate change and biodiversity, Merkel’s approach of simultaneously cooperating and competing where appropriate is probably the best way forward. China is unlikely to respond well to aggressive criticism from the west.

Allison concludes his book with the suggestion that "China and US are currently on a collision course for war". Let’s hope that the collision, whether an actual war or a cold one, will be avoided and that the behaviour of states in earlier times will not be repeated in the nuclear age. As Allison has shown, the experience of the 20th century gives cause for optimism. But it will require very sophisticated and nuanced leadership in China and the US, supported by the wider global community, to deliver a peaceful and equitable resolution to what appears today an intractable problem.

Professor Jim Browne is a former President of NUI Galway. He is engaged in academic leadership projects with a number of Chinese universities.