Analysis: recent research shows that bacteria can change the behaviour around food choice in worms

Imagine if you could change your food choices simply by eating beneficial bacteria formulated into a pill. By impacting the composition of the complex microbial ecosystem in the gut, called the microbiome, it affects our weight and food preferences.

While we are still testing how beneficial bacteria, called probiotics, impact our food cravings and weight, scientists recently solved a small piece of this puzzle - in worms. Although Caenorhabditis elegans is a small, otherwise unremarkable-looking worm, it serves as a powerful tool for studying developmental biology, neuroscience and pharmacology. These worms have 302 well-characterized neuronal cells and we know a lot about how they grow and function.

These worms normally eat non-pathogenic bacteria so they are perfect for studying how one microbe affects the nervous system. Since the nervous system is well-characterised, we can test if other microbes can influence their behaviour.

It turns out that the food that these worms eat impacts their response to different odours. Scientists place many of these worms into a petri dish containing distinct odours. They then calculate how many worms move towards or away from a certain odour.

A chemoattractive odour leads many worms to approach it, while a chemorepellant odour repels many worms from it. In these experiments, worms were fed different bacteria to see if they affect their responses to foods with these odours. They raised many different worms, feeding them different microbes to see how the type of microbe could impact their behaviour.

When worms were fed the Provencia sp. JUb39 strain of bacteria, they displayed reductions in the avoidance of a specific odour. Later, they found that this was associated with the number of microbes that colonised in the gut of this worm. This microbe produced a metabolite called L-tyramine, which was then converted into a molecule that impacts the worm's nervous system. Researchers could identify exactly what molecule was produced and how it affected behaviours since the worm is a simple and well-understood model organism.

Incredibly, this one metabolite changed the worm’s behavioural responses. This is an exciting development because one of the ways that gut microbes impact our brain (even in humans) is through their metabolites. Interestingly, these microbes digest certain foods producing these beneficial molecules for us. We really are what we eat in this sense.

One of the reasons we focus on eating a healthy, diverse diet is to feed these important microorganisms. Without them, we’d be unable to produce many of these essential nutrients and metabolites. The metabolic by-products of these microbes can then signal with many different cells within the human body.

While we cannot digest complex plant fibres such as those found in sourdough bread or legumes, for example, many types of gut microbes can. They break these fibres down into molecules through the process of fermentation. These molecules, called short-chain fatty acids, influence cells within the gut, immune system and possibly the brain. Other metabolites produced by bacteria are involved in gut motility, appetite modulation, brain function and immunity across many different species, even in worms.

Could this microbe be ingested by humans to provide a beneficial effect? Maybe, though we aren't sure if Provencia sp. JUb39 would produce the same metabolites if ingested by humans. While the gut of the worm is much different than ours, the idea of adding in bacteria that produce a specific metabolite has potential medical applications.

L-tyramine, produced by Provencia sp. JUb39, could be absorbed through our gut along with other nutrients into our blood stream. Though some studies show benefits, it is still unclear if L-tyramine impacts blood pressure and athletic performance. Even if this bacterial strain or its metabolites do not impact human health, these kinds of studies will help identify more bacteria that produce such metabolites. Some of these metabolites will not only be absorbed into our blood stream, but may reach our brain as well.

READ: Why losing our microbes is making us sick

READ: The next generation of antibiotics may be within our own bodies

Recent research focused on finding gut microbial metabolites that influence our behaviour looked at what we already have in our guts. However, work in worms allows us to find new kinds of bacteria that produce metabolites that reach our brain. Many of these bacteria might not otherwise be present in our gut ecosystem, but they could be introduced.

We are crawling towards a new frontier of understanding and manipulating our gut microbes. Though we are far removed from worms, we are not far removed from the influence of our microbiomes. 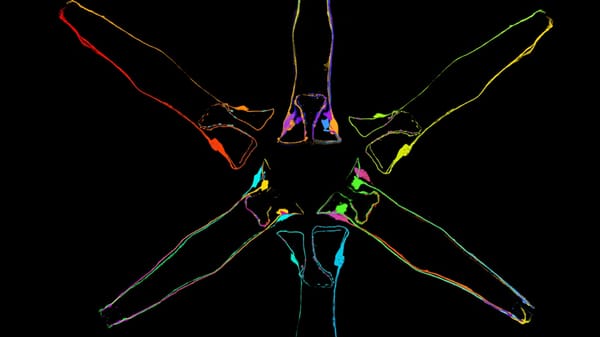 What brain cells in worms can tell us about human disorders