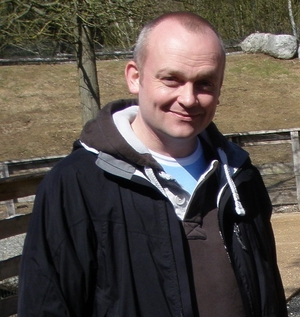 Analysis: Ireland's native red squirrel is enjoying a reversal of fortunes in the battle with the grey squirrel thanks to the pine marten

The mammal fauna found in Ireland has changed frequently over several centuries. New species have been introduced by humans while native animals have occasionally disappeared. At the turn of the 21st century, things did not look good for the native red squirrel. Their numbers had decreased considerably, and a large gap in their distribution had opened up in the midlands of Ireland.

The demise of the red squirrel in Ireland seemed inevitable, but a series of surveys of the squirrel species has shown an unexpected reversal of fortunes. The grey squirrels had disappeared from certain midland counties in the surveys of 2007 and 2012, showing that the invasive species was not having everything its own way.

From RTÉ Radio 1's News At One, why Ireland's red squirrel population is on the up

Research conducted by NUI Galway linked the regional loss of grey squirrels to another native species, the pine marten. Large relatives of the stoat, pine martens are one of the few predators that, like squirrels, can climb trees. The pine marten has been on the island of Ireland for thousands of years, but had suffered a huge decline themselves through hunting and habitat loss. They were considered very rare and elusive and were mostly confined to small pockets of animals in the west of Ireland. The pine marten has made a recovery since becoming protected by the Wildlife Act of 1976, but it has taken a long time for this slow breeding animal to repopulate previous territory. The return of this native predator has impacted the alien grey squirrel, and indirectly helped the native red.

The new study shows a very strong negative correlation between grey squirrels and pine martens. Grey squirrels disappeared from woodlands where pine martens had returned in big numbers across the midlands of Ireland. The red squirrel seemed unaffected by the presence of the pine marten, and had actually returned to some woodlands after being absent for several years.

From RTÉ Radio 1's CountryWide, a profile of the tree-living pine marten

Initially, the reason for this decline in grey squirrel numbers but not red squirrels was not completely clear. Follow-up studies in Scotland and Northern Ireland suggested the grey squirrel shows a "predator naivety" when it comes to the pine marten. There are no similar predators in their native range in America, and feeding trials showed the grey squirrels did not display predator avoidance behaviours in the presence of pine martens. Red squirrels, who have evolved alongside pine martens in Ireland, showed a tendency to avoid the carnivorous animal.

Given that changes are still continuing in this on-going saga, a new citizen science survey, the All-Ireland Squirrel and Pine Marten survey, was conducted during 2019, to update the distribution maps and status of the three species in Ireland. The initiative was a collaboration between researchers in NUI Galway with colleagues in Ulster Wildlife and Vincent Wildlife Trust, and funded by the National Parks and Wildlife Service. The survey team used social media to encourage the general public to report their sightings of the three animals using the online databases hosted by National Biodiversity Data Centre and the Centre for Environmental Data and Recording.

Citizen science is now an established means of gathering information, by pooling the knowledge of the public on their local wildlife, to reach across the whole country and every potential habitat. The use of mobile phone cameras to verify sightings, along with other tested validation methods, allows the researchers to gain a much broader picture than would be possible within a small team. Updates on the surveys through the social media sites maintained public interest and allowed the researchers to feedback results to the citizen scientists.

From RTÉ Radio 1's Mooney Goes Wild, how the native red squirrel population is making a comeback, thanks to help from the pine marten

Even given the reversal of fortunes for squirrels detected in previous surveys, the results of the 2019 survey were amazing. The grey squirrel was recorded in 37.8% fewer 10x10 km squares than in the 2012 survey, and is now absent from an area covering roughly nine counties in the midlands where they had been found back in the 1990s. Since 2012, they have disappeared from Fermanagh, Monaghan and parts of Meath and Kildare. Red squirrel sightings have increased considerably, and they have returned to areas vacated by the grey squirrels.

The number of sightings of pine marten was very high, with signs that its core range has expanded from the west and midlands to include parts of Northern Ireland and Co Wicklow. Again, it is in the areas where the pine marten has increased most significantly that the grey squirrel has disappeared. The grey squirrel continues to thrive in some areas, in particular urban regions around Belfast and Dublin.

As a result of the return of the red squirrel, their status has been improved from Near Threatened to Least Concern in the latest Ireland Red List for Terrestrial Mammals. This is undoubtedly good news, but we must stay diligent in observing these animals into the future to make sure the tide does not turn once again.

Dr Colin Lawton is a lecturer in wildlife ecology and conservation in the Ryan Institute at NUI Galway.