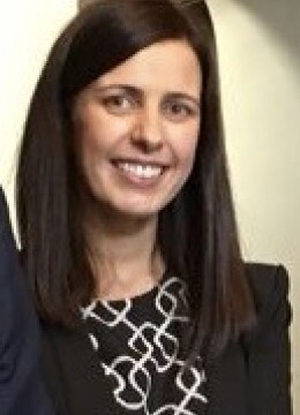 Opinion: how can a country which has been devastated by nine years of armed conflict deal with the pandemic?

States with advanced healthcare systems have struggled to effectively combat the Covid-19 virus leading one to ponder how a country such as Syria, which has been devastated by nine years of armed conflict, could even begin to address such a mammoth task. To date, 50 confirmed cases and three mortalities have been reported in southern Syria. An additional seven cases and one fatality have been reported in north-eastern Syria. Several Turkish police officers also reportedly tested positive in northern Syria.

However, the number of cases may be significantly higher in reality given the likelihood of underreporting as a result of limited testing capacity. The majority of testing is conducted by the Central Public Health Laboratory in Damascus. Limited testing capacity has also been established in Latakia, Idlib, Aleppo and Qamishli. However, much more needs to be done to upgrade testing capacity nationwide, which UN Under-Secretary-General, Mark Lowcock, recently described as "vastly insufficient".

Concerns have been voiced regarding the Syrian government’s response to the crisis, which the Syrian Network for Human Rights decried as "callous" and "negligent". Despite the efforts of humanitarian groups to enhance preparedness, the situation in Syria poses specific challenges. The country's public healthcare system has been decimated by years of armed conflict particularly in opposition-held areas where pro-government forces, aided by Russian airpower, have systematically targeted healthcare facilities and personnel in violation of international law. The UN Special Envoy for Syria, Geir Pederson, warned that Syria lacks sufficient medical infrastructure, personnel, supplies and equipment, including ventilators and personal protective equipment, to combat the pandemic.

Covid-19 has exacerbated a pre-existing humanitarian crisis in Syria where 11 million people are dependent upon humanitarian assistance. Dramatic price hikes have been reported since mid-March for essential food items (40-50%), personal sterilisation products (300%) and fuel. Reports suggest that economic sanctions imposed by the US and the EU are aggravating the situation. The UN’s revised Covid-19 operational response plan is seeking US$188.6 million for Syria, but donors have reportedly been "slow to react". Given the possibility of a Covid-induced global recession, a significant shortfall is likely.

Syrians are particularly susceptible to Covid-19. Having endured years of armed conflict, many have compromised immune systems and respiratory problems. Furthermore, it is difficult, if not impossible, for many Syrians to practice social distancing and good hand hygiene due to their precarious living conditions. Thousands of Syrians are currently being arbitrarily detained in prisons. A further 6.5 million Syrians are internally displaced. Vulnerabilities are compounded in areas that are difficult to access because of border closures and/or ongoing hostilities.

The situation is particularly worrying in north-western Syria where healthcare workers face a "crisis on top of a crisis". Although the region has yet to report any confirmed cases, the humanitarian situation is reportedly "dire". 840,000 of the region’s residents who were displaced as a result of recent hostilities still live in overcrowded camps and informal settlements with limited access to safe water and sanitation. A tentative ceasefire has largely held since March 6th, in part because key external stakeholders cannot afford a conflagration at this time. Nonetheless, a recent increase in violence is cause for concern.

Having endured years of armed conflict, many Syrians have compromised immune systems and respiratory problems

One positive factor in the north-west as compared with the situation in the north-east and south is the UN Security Council’s continuing authorisation of cross-border humanitarian operations. In response to the instrumentalization of humanitarian aid as a weapon of war in violation of international law, the UN Security Council (UNSC) authorised UN agencies in 2014 to transfer aid from Turkey, Jordan and Iraq into Syria without the consent of the Syrian government.

However, under pressure from China and Russia, the Security Council removed authorisation for the Jordanian and Iraqi border crossings last January. It was argued that aid could be delivered directly from Damascus to opposition-held areas, an argument that has not materialised in practice.

The UN Secretary General has indicated that the Security Council should authorise additional cross-border crossings if the situation does not improve. A draft World Health Organisation memorandum also reportedly requested the Council to re-authorise the crossing on the Syrian-Iraqi border as a matter of urgency. However, the final version merely indicated that "new options are needed", prompting criticism.

Conditions are particularly concerning in Rukban camp in southern Syria and Al Hol camp in north-eastern Syria. Rukban lacks adequate medical facilities and has not been reached by humanitarian envoy since September 2019. Efforts to enhance Al Hol’s preparedness for Covid-19 are contingent upon continuing access to safe water. However, supplies have been interrupted in recent months due to disagreements between Turkey, which controls much of the region’s water supply, and local Kurdish authorities.

In response, the UN has demanded that the protected status of basic services under international law be respected. Restrictions imposed by the Kurdistan Regional Government in response to Covid-19 have compounded the situation by rendering it more difficult for humanitarian groups to transport medical aid to north-eastern Syria from the Kurdistan Region of Iraq.

An unmitigated outbreak of Covid-19 in Syria poses a threat to the international community because ISIS is reportedly capitalising on the pandemic to upscale its recruitment and attacks. For both humanitarian and strategic reasons, it is imperative that the international community takes urgent action to enhance Syria’s capacity to respond. Otherwise, as UN Under-Secretary Lowcock forewarned, "tragedy beckons".