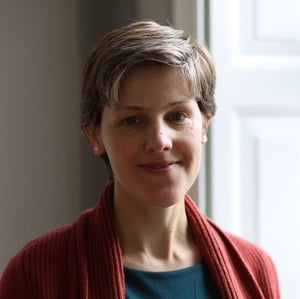 Analysis: Shannon was the first town to be designed and built from scratch in Ireland in almost 300 years.

"There's so much enthusiasm, the area can’t fail". Those were the words of Donald Bird, an executive from a London-based company which had set up in Shannon, as he commented on the new industrial zone of Shannon in 1960. Enthusiasm, coupled with ambition and foresight, meant that Shannon grew from an airport, to an airport with a manufacturing zone, to an industrial area with a brand new town, all developed on a green-field site in the middle of the 20th century. Shannon was the first town to be designed and built from scratch in Ireland in almost 300 years, since such towns as Bandon, Westport and New Ross were laid out on the Irish landscape as a result of plantation schemes.

Brendan O'Regan was the person of the hour. From Sixmilebridge, Co Clare, he was the son of a successful hotelier and had been educated in Switzerland in hotel management. After turning around the fortunes of the St Stephen’s Green Club in Dublin, he caught the attention of the then minister for Finance, Seán Lemass, who placed O’Regan in charge of the restaurants at the new plane bases at Foynes (the seaplane base) and at Rineanna (where the landplane base was located) in 1943.

When Foynes seaplane base was closed in 1946, all airport operations were consolidated at Rineanna, renamed Shannon Airport. O’Regan expanded his enterprise at the airport to include on-flight meals as well as a kiosk within the terminal, which sold locally produced goods and was a hit with the American travellers at a time when half of all transatlantic flights had to stop at Shannon to refuel. By the end of the 1940s, O’Regan was asking the government that the kiosk become duty free, thus creating the first duty-free airport shop. Over time, the shop expanded to stock products beyond Irish goods, and increased to the size of a department store. It remained the world’s only airport duty-free shop until the 1960s.

O’Regan’s ideas had a habit of growing, and his development of duty-free was no different. By the late 1950s, developments in aviation meant that planes no longer needed to refuel at Shannon. O’Regan knew that employment at the airport would drop and emigration from the area increase without planes stopping off. A deeply religious man, O'Regan saw it as an extension of the Irish missionary spirit to create employment and opportunities in the area to improve the lives of the local people.

There needed to be another reason for planes to land so O’Regan expanded his duty-free idea to an industrial zone beside the airport, whereby any raw materials coming into the the Shannon Free Zone were free from duty, as were any goods manufactured in the zone. The government created the Shannon Free Airport Development Company (SFADCo) in 1959 to promote investment in the zone. Factory buildings were built beside the airport, and advertisements appeared in newspapers abroad inviting manufacturers to meet with executives, who would "provide all information concerning the exceptional facilities available for the establishment of industry in Ireland".

Again, this was a success. Businesses from the Netherlands, South Africa, and Japan located within the Shannon Free Zone, and emigrants found that they had a reason to come back to rural Clare with the promise of employment. One industrialist commented that "the sense of community spirit is striking – there’s a sense of involvement in an ambitious experiment on an international scale".

Both the airport and the industrial zone had been created on a greenfield site, with no local population centre to draw on. With international industrialists and their families relocating to Shannon, and the prospect of hundreds of jobs being created at the site, housing would have to be provided. Another plan was therefore born: the creation of a new town, Shannon New Town, to house those working at the airport and in the Free Zone.

Initially, the plan was codenamed "Project X" by the SFADCo due to concerns about perceptions in the nearby towns of Sixmilebridge and Newmarket-on-Fergus, which were crying out for investment. The first phase of planning was for executive houses and apartment blocks centred on Drumgeely hill, one of three drumlin hills on the otherwise flat plains of the Shannon estuary.

Rather than incorporating the river Shannon into the townscape directly, the town plan would use the local topography of the drumlin hills, which would act as focus points around which the initial housing was built. Between two of these drumlins, a town centre incorporating a shopping centre was planned, and was eventually built in 1972.

The town planned was fundamentally different to other towns in Ireland. The greenfield site allowed streets to be set out along gridlines, while incorporating the three hills, breaking the town into distinct sectors, each of which would have its own school and Catholic church. The high density housing would "largely eliminate the need for neighbourhood centres, thus stimulating the vitality of the main central area". Motor cars were becoming ubiquitous during the 1960s and the town would be planned with cars in mind. Each house had its own car space and the roads were designed to prevent excessive volumes of traffic passing through residential areas.

The design of a town around the car did not mean that pedestrians were overlooked. In fact, if anything, the planning for pedestrian routes was heightened. There were dedicated pedestrian walkways, segregated from the vehicle traffic, from each of the housing estates to the locations of employment, and to each of the other estates. One side of each house faces onto the pedestrian area. This was important in the early days of the development, as young families moved into the area and children could play safely within the pedestrianised areas. The population was predominantly young, so much so that the locals called the area "Tir na nÓg".

This design was based on Radburn, a city in New Jersey which was designed in 1928 as the first "town for the motor age". The Radburn design had major advantages, but the design also brought challenges. Nonetheless, the town of Shannon thrived. The initial plan was to provide for a population of 6,000 and the population was just under 8,000 by 1981. Today, Shannon's population is close to 10,000.

Building Ireland: Shannon Newtown is available on the RTÉ Player 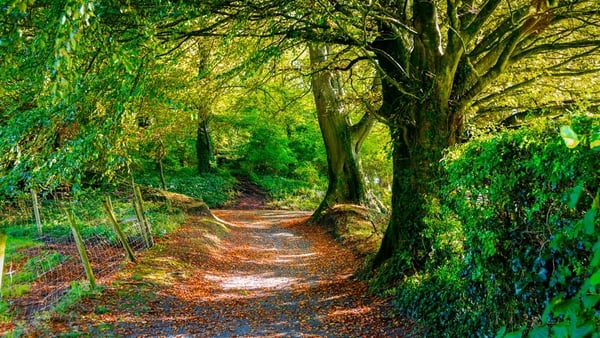 Ireland on ice: how the Ice Age influenced our placenames