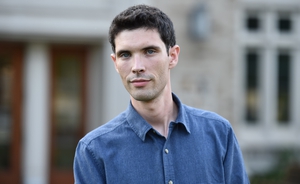 Opinion: in the midst of severe coronavirus restrictions, Spain has seen 'unthinkable' transformations and changes in living patterns

What should have been a short research trip to Spanish archives at the beginning of March has turned into the longest period I have spent in my home country in years. After six weeks of confinement in the Basque city of Bilbao, during which more than 23,000 Covid-related deaths have occurred across the country, I find it hard not feel somewhat sombre about the future, but some reactions to the crisis offer a glimmer of prudent hope.

It only took a few Zoom calls with friends in Ireland, Switzerland, the UK and France to realise that the conditions of the Spanish lockdown were (and continue to be) among the strictest in Europe. Save for essential workers, most people spent seven weeks in home confinement, only allowed to venture out individually for basic necessities such as food and medicine. Walking dogs was permitted, but only if the outings were kept short and to a minimum.

The greatest contrast with neighbouring countries was that all outdoor exercise, including walks, were banned from week one. Children under the age of 14 were only allowed out for the first time at the end of April and under strict supervision, with just one adult at a time. Last weekend, teenagers and adults were able to return to the streets for up to an hour a day within a 1km radius of their homes. It will be at least another week before the next phase in "deconfinement" is reached. Gloves and face masks are now part of our everyday landscapes.

From RTÉ Radio 1's Morning Ireland, Madrid-based journalist Miguel-Anxo Murado on the easing of some restrictions in Spain, which has had one of the world's toughest coronavirus lockdowns

Being stuck indoors can be challenging in the best of circumstances, but it has its own challanges in Spain.  Eurostat data shows that over two thirds of the population in 2017 lived in flats generally without access to a patio or garden. In Ireland, by contrast, over 90% of the population resided in detached or semi-detached houses. Even more poignant in the present circumstances is that flats already tend to be smaller in larger cities. Many residents have no windows overlooking the street and can only look out onto internal courtyards (it is estimated that as many as 20% of homes are in Madrid in this category). In a country synonymous abroad with sun and warmth, having a balcony and direct sunlight has rapidly become a prized privilege.

However, it is important to recognise that these restrictions are affecting the population unevenly, highlighting complex pre-existing realities. Figures show that over two million over-65s live alone, and that more than half of young adults aged between 25 and 29 (a demographic marked by the austerity measures of the past decade) still share a home with their parents. How are they coping with confinement? And what about those already at risk of aggravated poverty and social exclusion, such as the unemployed or the undocumented migrants for whom self-isolation would in most cases be impossible? The silence of the streets, at first confusing and now rather mollifying, ought not to deafen the mourning, the hardship and the anxiety simmering behind closed doors.

Yes, the near future looks bleak, and fears about the economic fallout of the lockdown are more than justified. The country, which was only slowly starting to show signs of recovery from the 2008 financial crisis, has plenty of structural problems. These were highlighted in a devastating report published in February by the United Nations Special Rapporteur on extreme poverty and human rights.

From RTÉ News, report on the weekend easing of restrictions in Spain

But many transformations that were unthinkable have only weeks ago have become a reality almost overnight. Within days of declaring the state of emergency, the government put all private health providers at the disposition of the national healthcare system for free (the cost of the takeover of private hospitals for the Irish state has been estimated at €115 million a month). A new minimum income scheme for households with low or no earnings, set to complement other regional social protection programmes, is due to be rolled out in May.

The change in living patterns has also had other positive effects. The amount of electricity generated in Spain from renewables has grown over 6% since March to make up for more than half of all electricity generated in the country in the past six weeks. The use of bicycles is being encouraged amongst those who up to now relied on the generally efficient and affordable network of public transport. In other cases, the results of bold past decisions are now appearing. A sustained investment in fibre-based connectivity which began in 2005 has delivered high speed broadband to over 85% of the population in spite of the size of the country and the low density of rural areas. This has enabled a largely seamless transition to remote working, at least from a technological perspective.

Perhaps the most important transformation of all has to do with a renewed spirit of defence of public services. This is particularly evident with the national health system. It was built upon the principles of universality and free and equal access, and is a rare source of shared pride amongst Spaniards, especially amongst those who have been exposed to the cost of health services in other countries. On the back of years of austerity programmes and spending cuts, the current crisis has tragically illustrated just how over-worked and under-paid our frontline carers are. Likewise, prolonged home schooling has increased respect for teachers and may well reinvigorate the "Marea Verde" (Green Tide) movement in defence of high-quality public education for all.

The challenges that lie ahead call for creative responses. Night after night, we see on the news how business owners are frantically scrambling to provide solutions for social distancing in the tourism sector. Reimagining public spaces, the heart of everyday life in Spain, is going to require much of the commendable patience, solidarity and adaptability that the majority of the people have already exhibited. We are asked to prepare for a new normality, but the more sinister meanings of "new normal" after the global crash of 2008 are still fresh in everyone's minds. What remains to be seen now is whether this new opportunity to implement reforms for the benefit of the people will be seized, or if it will go to waste amid bureaucratic hurdles and fears of change.

Dr José Brownrigg-Gleeson is a Government of Ireland Postdoctoral Fellow at the Moore Institute at NUI Galway. He is funded by the Irish Research Council.