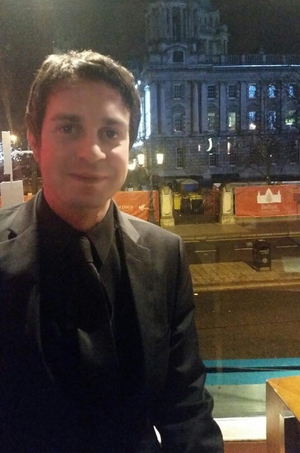 Opinion: being black and impoverished in 21st-century America means being vulnerable to contagion

The coronavirus pandemic has exposed serious inequalities and prejudices embedded in American healthcare. At the time of writing, 33% of those hospitalised in the United States are African American, even though this group accounts for only 13% of the country's population. Coronavirus-related death rates among African Americans are also disproportionately high. In April 2020, Louisiana reported that 70% of deaths were among African Americans, a group which makes up only 33% of the state's population. Being black and impoverished in 21st-century America means being vulnerable to contagion.

These issues have a regrettably long history. In 1966, Martin Luther King famously said "of all the forms of inequality, injustice in health is the most shocking and the most inhumane". Over half a century later, King’s words still ring true. Historically and currently, disadvantaged communities are more likely to face socio-economic disadvantage, poor access to healthcare facilities and greater barriers in sustaining healthy lifestyles.

From Deutsche Welle News, why the coronavirus is hitting African Americans so hard

Since the time of slavery, African Americans have been fully aware that their health prospects compare unfavourably to their white counterparts. Early 20th century black communities, facing constant health crises, had little choice but to seek solutions for themselves. They developed grassroots solutions and developed their own healthcare facilities. However, hospitals remained segregated. African American doctors struggled to find work in white-dominated hospitals because of their skin colour. Instead, they founded their own hospitals for black communities and trained their own doctors.

In the 1960s, the Black Panther Party continued drawing attention to health inequalities among black citizens. They established their own national health clinic network and encouraged impoverished African Americans to take control and ownership over their health. Party members insisted that poverty and racial segregation was the core cause of poor black health.

Perhaps the one saving grace of the current situation is that African American have (so far) not been blamed for their own poor health. This was not always the case. Until the late 20th century, African American genetic susceptibility to sickle cell disease was seen as firm evidence of black "genetic inferiority", an idea used to reinforce taboos against inter-racial procreation, relationships and marriage.

Thankfully, poverty, not biology, has been held accountable during the current pandemic. High coronavirus susceptibility among African Americans has been discussed first and foremost as a social justice issue.

Why do African American communities distrust their doctors? Part of the answer lies in a long-standing, historically-rooted distrust towards what they see as white-dominated health institutions. Historically, many African Americans equated birth control programmes with efforts to limit black reproduction. The Nation of Islam described birth control as a deliberate white strategy to deplete the black population, while the Black Panther Party insisted that contraception was genocide. Even moderate organisations such as the National Association for the Advancement of Coloured People were wary of family planning programmes. Research published in 1972 suggested that around 40% of surveyed blacks saw birth control clinics as a ploy to eradicate blacks.

From NBC's Today, Oprah Winfrey on how the coronavirus is "ravaging our community"

African American women also bore the brunt of enforced sterilisation. Of the 8,000 mentally ill patients sterilised by the North Carolina Eugenic Commission in the 1930s, 5,000 were black. In the 1980s, African Americans constituted only 12% of the population, but 43% of women sterilised in federally funded family planning programmes were African American.

It was common for these procedures to be undertaken without the consent and knowledge of patients. Some doctors removed women’s uteruses after tricking them into signing a consent form. Many patients were sterilised while receiving surgical treatment for problems unrelated to their reproductive system. In the south, rendering black women infertile without their knowledge was colloquially referred to as the "Mississippi appendectomy".

The Tuskegee Syphilis Study (1932-72) further deepened levels of distrust. This study looked at the progress of syphilis among 600 impoverished African Americans over 40 years, without the subjects knowing they had the disease or being offered antibiotic treatment.

Even in the current crisis, similar debates about experimentation on black communities have arisen. In April 2020, two French doctors caused controversy by suggesting that coronavirus vaccine trials could take place in Africa. Angry responses insisted that Africans are not "human guinea pigs" and that Africa is not a laboratory for white European scientists.

In America, ongoing African American distrust towards the medical profession has resurfaced as an important coronavirus issue. Responses to disproportionate coronavirus impacts needs to take into account the socio-economic barriers that help spread the virus among certain social groups, and also the historical controversies and racial barriers that still discourage engagement with medical authorities.

Dr Ian Miller is a Lecturer in Medical History at the School of Arts & Humanities at Ulster University.