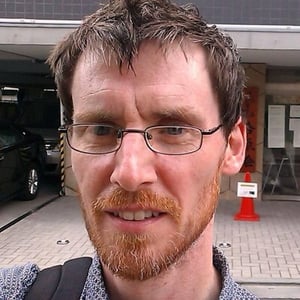 Analysis: records show that epidemics and infectious diseases were commonplace in ancient and medieval Ireland, but societies recovered

The Covid-19 crisis is a unique event in all of our lives, but it is by no means unique in human history. We have lived through very many mass outbreaks of infectious diseases. It may be some small comfort in the present circumstances to know that we have not just survived epidemics far worse, but in some cases emerged from them with renewed cultural and intellectual vigour.

We often refer to outbreaks of infectious diseases in the past not as epidemics or pandemics, but as plagues or pestilences. The Plague refers specifically to the disease caused by the bacterium Yersina pestis that is spread by rat fleas, which manifests in three forms: bubonic (swollen lymph nodes), septicaemic (blood infection) and pneumonic (infection of the lungs). The outbreak that occurred in Europe and Western Asia in the mid-fourteenth century is known as the Black Death, killing perhaps between 30% to 60% of the population. The Plague did not go away, however, and further outbreaks were endemic in Europe until the early 18th century.

More loosely, we use the term "plague" to refer to innumerable epidemics of infectious diseases that were commonplace in ancient and medieval life. In the realm of the imagination, the visitation of a terrible destruction on an entire population, sparing neither rich nor poor, sometimes provided the material for literary exploration.

Probably the earliest work of Western literature, Homer's Iliad, is set into motion by the arrival of a plague, or more precisely by the ethical issues that arose from it. Apollo was the Greek god of healing, but also of plague. He is referred to by his epithet Smintheus, god of mice, near the beginning of the Iliad, when his priest Chryses prays for Apollo to inflict a plague on the Greeks to avenge the capture of his daughter Chryseis. This event is caused by the stubborn pride of the Greek king Agamemnon, after he initially refused to return her. When Agamemnon is eventually made to concede, he takes for compensation the slave girl Briseis, held captive by own hero Achilles. The resulting enmity between the arrogant leader and the front-line soldier continues as the central theme of the entire epic.

The first detailed description of plague in Europe comes from the Greek historian Thucydides from around 400 BC. He describes the terrible epidemic which broke out in Athens in 430 BC, at a time when the city was under siege by the Spartans and the entire rural population had to take shelter within its walls. Thucydides records the details very meticulously and he mentions, almost in passing, that he himself caught the plague and was one of the lucky survivors. He describes very minutely the early symptoms (fever, inflammation), the progression of the disease (violent cough, retching), the final condition of the dying, as well as the experience of those who survived. He notes that it seems to have spread from the south, perhaps originating in Ethiopia.

Thucydides had a particular interest in the plague’s psychological and social impacts. He records the general sense of shock and despair, particularly at the sight of the dead and dying, when people realised that neither medicine nor religion could offer protection. He notes the high mortality rate particularly among doctors and carers, as well as the abandonment of normal social and religious conventions by some who felt that their time was short. Thucydides also commented on the personal bravery of doctors, as well as the kindness of people who had recovered and were therefore immune. These, he said, showed the greatest pity on others.

Thucydides was the earliest European writer to recognise the effects of contagion, and his use of Greek technical terms indicates that there was already a scientific literature on the plague at the time of his writing. Moreover, his interest in the effects of plague and other extreme events on society inspired him to write a more deeply analytic history than any that came before.

Plague was no stranger to early Ireland. A European epidemic that reached Ireland in the mid-6th century may well have had a profound cultural effect. While we know little enough about Ireland at this time for lack of contemporary records, we know from later sources that very many new monasteries were founded within a relatively short period. One plausible explanation for this is that the impact of plague provoked a rise in religious fervour and a new movement of asceticism. In the longer term, these monasteries become instrumental in the preservation and transmission of knowledge.

We have more information about the seventh-century epidemic known as the "yellow plague" (buide conaill) that broke out on August 1st 664 and lasted until 668, before returning again in 683 to 684. On its second iteration, it was referred to as a mortalitas puerorum ("mortality of youths"), presumably because children lacked the immunity that much of the surviving adult population would have already acquired.

Epidemics and pandemics have caused unimaginable destruction in the past, but societies have recovered

The Irish annals for this period record the deaths of kings and a large number of prominent churchmen. As a result, the plague later became a familiar event in saints’ lives and related literature. Despite this, the late seventh century was a time of unprecedented scholarly activity in Ireland, and the archaeological record points to economic boom as well. Despite the number of deaths, it seems the long term impact of this plague was limited.

Words like "plague" and "pestilence" have a decidedly biblical ring to modern ears, with connotations of divine wrath. Undoubtedly medieval minds would easily have made the same connections. However, substituting modern terms like "epidemic" or "pandemic" may allow us to recognise more easily the common threads of human experience.

Epidemics and pandemics have caused unimaginable destruction in the past. But societies have recovered and sometimes entered periods of new growth and creativity. As Thucydides noted, sometimes extreme events can bring out the best in people. 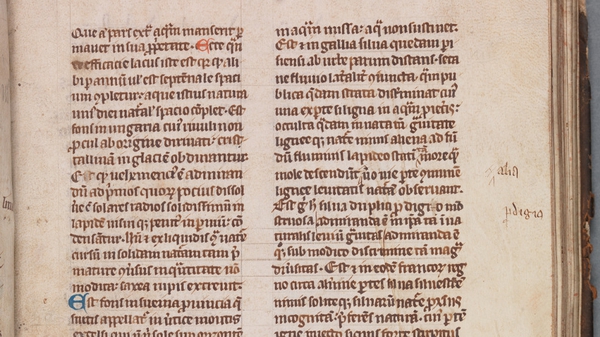 Did a medieval Irish manuscript uncover a new word of Old Dutch?