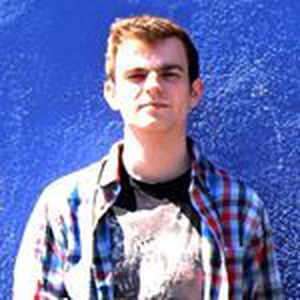 Analysis: the journals and diaries of some British army members are quite revealing in their opinion of Ireland and the Irish at the time

The history of the British army in Ireland is hardly good dinner party conversation. The recent trial of "Soldier F", among others, for excesses perpetrated during the Troubles has re-opened old wounds for many. But the Troubles were not the first time a major British military presence was seen in Irish history.

One of the most significant took place from the late 1690s until 1798, and few people today are aware it even happened. A nominal force of 12,000 men would be based in Ireland during this period, peaking at 24,000 men in the 1760s. This eclipses even the 21,000 deployed to Northern Ireland in the 1970s. As the impact of soldiers on society in Northern Ireland is becoming more topical, is it time to consider this earlier military presence in Ireland, and the impact it had on 18th century Ireland?

This presence began with the Irish Parliament’s passing of what would become known as the Penal Laws. These were an effort to prevent a potential Catholic military rebellion, diminish the power of the Catholic church and secure Protestant holdings in Ireland. The military’s role was to support these laws, keep the peace, repel invaders and be ready to be moved elsewhere in the British Empire if needed. Crucially, this was not seen as an army of occupation, and it was deployed, funded and managed by the Irish parliament in Dublin, not Westminster.

For the Irish, Scottish, Welsh and English soldiers who were based there, Ireland was a peaceful assignment compared to service in Europe, America or the Caribbean. But each town offered a different experience. Soldiers based in Dublin enjoyed the new Royal Barracks (later Collins Barracks) and access to Kilmainham hospital, but would find themselves embroiled in the gang violence which plagued the city centre in the 1700s. Cork soldiers had fewer facilities, and there was always a threat of being shipped to America at short notice. The fact that diarrhoea was sometimes referred to as a "case of the Limericks" explains exactly how that town was viewed by soldiers at the time.

Opinions in the army about Ireland were mixed. Several diaries written by soldiers who served here 300 years ago have survived, and each provides a unique impression of Ireland. For example, Lieutenant James Augustus Oughton’s journal is exactly as pretentious as his name would suggest. Arriving in Ireland in 1737, he takes great pleasure in ruining local tradition and culture. When on tour of a local castle, he and his friend were told the story of Maev McDonnel, whose spirit haunted one of the bedrooms inside. Oughton then writes with smug satisfaction that his friend slept in the room overnight and suffered "no farther effect than to make them (the Irish) pass for a set of impious hereticks" (sic).

While Oughton’s journal is insensitive, most soldiers just wanted to do their job and get by. Private Roger Lamb, based in Ireland in the 1770s, earned money on the side by teaching local children how to read, while Corporal William Todd was so successful at this task that an Irish lady tried to buy him out of the army so he could stay on full-time.

Todd chose to stay in service, but not every soldier was so dedicated. Many fell in love and ran away with their sweethearts instead. The details of these deserters were published in local newspapers along with a description of their beloved, which was rarely flattering. When Phillip McCrann deserted on 29 March 1739 with Mary Welch from Castlebar, she was described in the Dublin Journal as "A lusty fresh full faced woman of a middle size, a little inclined to fat, wears a dark olive gown." We can safely assume that Mary wasn’t consulted for her official description.

For the law-abiding citizen, the army presence was tolerated and occasionally welcomed

The drinking culture of Ireland fascinated the soldiers who were based here, and some offered explanations for this phenomenon. Oughton believed that the Irish drank because they were so boring that they needed to be drunk to enjoy each other’s company. Whilst this may apply to office Christmas parties today, it is hardly a well-constructed argument. Another officer, William Dyott argued that their small potato farms meant little of the day was spent working, leaving plenty of time for whiskey instead.

However questionable these explanations, excessive alcohol consumption was common in 18th century Ireland. The Belfast News-Letter for May 1738 describes a Dublin carriage driver who took a bet that he could drink two quarts (roughly four pints) of whiskey. He succeeded, ‘and dyed immediately after’. This was not an isolated incident. The army in Ireland dealt regularly with drunken civil unrest, which may explain its preoccupation with alcohol. However, given the frequency of reports of drunken soldiers terrifying civilians in newspapers, it is obvious that they were not as immune to the lure of whiskey as they claimed.

By analysing soldier’s personal diaries and comparing their experiences with accounts of the lives of the civilians, it is possible to build up a more balanced story of 18th century Ireland. For the law-abiding citizen, the army presence was tolerated and occasionally welcomed. For the rebel or rioter, it represented the oppressive establishment and was to be loathed or attacked. The soldiers themselves shared similarly diverse attitudes towards their Irish hosts. Some were Oughtons, some were McCranns, but the stories of both should be considered when examining this period of Irish history.