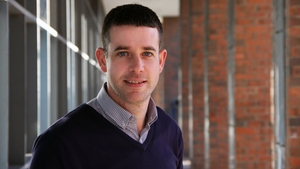 Analysis: Irish schoolchildren in the late 1930s collected stories about the effect of the "Big Flu" pandemic on their community

In the late 1930s, the Irish Folklore Commission engaged the co-operation of the Department of Education and the Irish National Teachers' Organisation to enlist about 50,000 schoolchildren from approximately 5,000 schools around the country to collect folklore in their home districts. A guidebook was prepared by officials in the Commission which outlined 55 essay topics including old Irish tales, festival customs, fairy forts, local place names, and so forth. The material amounts to 1,128 volumes and all these are available online, where story titles, transcribed texts, people and places can all be searched online.

Under the subject of "Local Happenings" (Cruatan in the Irish language stories), pupils were encouraged to collect stories concerning plagues or epidemics which had visited the district as well as their causes and the harm that resulted from them. The collection also has details about how people dealt with epidemics and sicknesses, as well as observations on how these helped people to get by.

From RTÉ Archives, Michael Walsh reports for RTÉ News on a 1987 exhibition of photographs from the collection of the Irish Folklore Commission

One of the last great epidemics to hit Ireland was the Spanish flu of 1918-9. This occurred just 20 years before the folklore collection scheme and there are numerous local accounts of the effects of the illness on communities throughout Ireland. Some accounts are rather general in nature but others, like this one collected by Maureen McColgan from her mother near Muff, Co. Donegal, describe the personal hardship in one townland:

One blessing from God we never do be troubled with diseases except the year of the Flu … In Granny's home here all the family were lying sick at the time except my Mammy and Auntie Kathleen and they never took it at all. Auntie Roseann died and the other five got better. Dr. O'Rielly said it was the greatest miracle only one died they were so bad. There was another house down in Lower Sappagh and two sisters died only a week between the two.

As with the current coronavirus, public meetings, dances and concerts were cancelled, and schools were closed. The village of Cliffoney, Co. Sligo, had apparently remained free from the sickness until St. Patrick’s Night, 1919. A concert was held in the village hall and the "next day every single person who was at the concert was down with the 'Flu, and the organizers were blamed".  In the case of death in Rathwire, Co. Westmeath, wakes were not held as usual due to the contagious nature of the disease and also because it reportedly made the corpses turn black.

Local doctors were rushed off their feet and their exploits sometimes got a mention. The people of Walterstown, near Skreen, Co. Meath were apparently left largely unaffected due to the diligent Dr. Byrne. In the same district, whiskey was found to be a great remedy for the sickness and, indeed, it is claimed in Cliffoney "that the confirmed drunkards recovered, but the teetotallers died".

Home remedies are an important aspect of Irish folklore and feature quite prominently. According to this account from Tallow, Co. Waterford, onions could be used for various ailments and to draw out a sickness: "cut an onion in two halves and put one half in one corner of the room in which the person is sick and put the other half in one of the three other corners. The onion will attract the germ". Filling the house with sheep is mentioned as a disinfectant used in the case of scarlet fever with the sheep’s breath allegedly killing the germs.

Holy wells are often visited for cures, especially for sore eyes, toothache, headache and rheumatism, though the water of certain wells may be said to cure a range of sicknesses. Marshell's Well in Gubacreeny, Co. Leitrim, apparently "can cure any sickness in man or beast", though the collector of the water must go straight home and not enter any house after lifting the water. According to the database of the National Monuments Service, this well is no longer visible and the area has since been planted with trees.

A well in Little Cullenstown, Co. Wexford, was blessed by the local priest to cure measles during an outbreak in the area. People visited it during the "Big Flu" and it is said that no parishioner died of the illness in the area. In West Kerry, the people came together in 1918 and erected a cross over Tobar Fíonáin in Kinard and "níor cailleadh leis an bhfliú aoinne laistigh de Thearmann Fíonáin" (no-one within the Sanctuary of Fíonán died of the flu).

Likewise, the parish of Kilkeevan (Cill Chaoimhín), Co. Roscommon, was protected from the disease by St. Kevin who "came to the River Suck and spread out his mantle and prophesised that any dangerous infectious disease would not have any effect on this district". In Belcarra, Co. Mayo, a priest, and not a saint, blessed the village so that no epidemic or plague would befall it and it is said that not one villager was affected by the flu of 1918-9.

READ: What was life in Ireland like during the 1918 flu pandemic?

READ: Snails, bacon and prayer: how our ancestors dealt with warts

The oral accounts collected nearly 20 years later show that the flu of 1918-9 had a serious impact on many communities, though some seem to have suffered less than others. Amongst the sombre accounts, there are also stories of people and communities pulling together to help each other at a difficult time. Maureen McColgan’s moving story from the townland of Sappagh, Co. Donegal, finishes on such an uplifting note: "Mammy says the neighbours were all very all very good … only for that they would have been much worse".