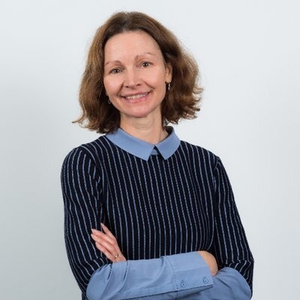 Opinion: talking on the phone is one way to maintain relationships with friends, family and a range of acquaintances

The current approach to the coronavirus rightly asks us to maintain our social distance from others. However, it might be better to understand this as maintaining our physical distance from others and it does not have to mean we become socially isolated. This distinction between physical and social distance is important. It is fundamental to understanding the value that technical forms of voice communication have for overcoming physical distance and maintaining social relationships.

When the telephone was new, people resented its ring as a public intrusion into the private space of the home. People were taught telephone etiquette through advertising. They were taught how to answer a telephone and say hello. They were told it was good manners to say goodbye and then hang up. Early advertising focussed on the value of the telephone for businesses and for businessmen. People could order goods and communicate information efficiently over space. Over time, inventors and users realised that the telephone was also useful to maintain social relationships.

Telephone networks were rolled out at the end of the 19th century. One of the first acts of the 1916 Rising in Ireland was seizing the General Post office in Dublin and crucial radio technologies. By the mid-20th century, telephone networks became a publicly owned utility in Ireland. Post offices in rural towns had phone boxes and small villages had phone boxes. Once the costs of installation and use had reduced sufficiently, most homes in Ireland installed a telephone. The telephone was viewed by the government as a "universal social service" and it was generally accepted that every home should have one. By the late 1980s, the Irish telephone network was amongst the most advanced in the world.

From RTÉ Archives, a RTÉ News' report by Colm Connolly on Telephonist of the Year Joan Collins in 1986

Studies of telephone use in homes quickly found out that telephones were being used for talking and chatting. Talking on the telephone was sometimes perceived as a waste of time and something that teenagers and women did, but studies of telephone use found that both men and women "chat" on the telephone. Academics have found that communication technologies help to maintain social bonds within a community and can be used to build social relations across and between communities. Telephones are crucial technologies for those who are isolated in their homes such as single parents, people with mobility problems, families with children abroad and grandparents. Talking on the telephone is one way of maintaining strong relationships with friends and family and weaker relationships with a range of acquaintances.

Today’s smartphones are replete with symbols and sounds that mimic older forms of telephone communication. This is called skeuomorphic design and includes mages of old-fashioned telephones, ringtones that remind us of a telephone ringing in a house and our list of "contacts" displayed in a telephone book. They sit alongside a plethora of other functions including cameras, messaging apps and social networks.  As we tweet and post, ping and frag, perhaps we should give a little more attention to the voice functions on our phones and computers. Those who are working and studying at a distance are being advised to check in with their teams to maintain social bonds and connectedness. This is at least as important as accessing entertainment content and ordering services.

While these forms of communication may not have the richness of a face to face chat over a pint, a coffee or dinner, voice communication technologies have been designed to overcome social distance. The current crisis offers us an opportunity to reassess how we spend our time.

With broadband networks suffering from lag and buffering, streaming services like Netflix having to reduce their bit rates and some areas without good broadband at all, it might be time to return to our telephone networks and dust off our telephones. Our parents and grandparents are used to using them and we can use our smartphones or voice applications to seamlessly interface to older telephones. Such behaviour may become a crucial part of maintaining intergenerational social contact in this time of social distance.

Why have over a million Irish people downloaded the Covid-19 app?