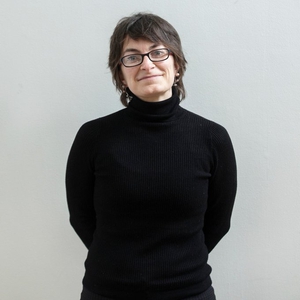 Analysis: it turns out that many of our popular notions and beliefs about dinosaurs are not scientifically accurate

Dinosaurs have been a major part of pop culture for decades, featuring as the main protagonists in various films, video games, children's TV shows, documentaries and countless books. But how many of our popular notions about dinosaurs are scientifically accurate? Here are some common myths and the sometimes surprising science that shows them to be false.

This is perhaps the biggest popular misconception about dinosaurs. Many of us are familiar with the concept of the great mass extinction of life that occurred at the end of the Cretaceous period 66 million years ago. This event did kill off the dinosaurs – but not all of them.

The term "dinosaur" refers to the group of animals including ornithischians (e.g. armoured dinosaurs such as Ankylosaurus and Triceratops) and saurischians (e.g. sauropods such as Brachiosaurus and theropods such as Tyrannosaurus rex and Giganotosaurus). Intriguingly, palaeontologists and evolutionary biologists now classify birds as belonging to the group Maniraptora, which are theropods. Technically speaking, birds are a type of dinosaur, and so dinosaurs are not extinct. "Non-avian dinosaurs" went extinct at the end of the Cretaceous, but "avian dinosaurs" are still with us today, in the form of birds.

Dinosaurs were killed off by a meteorite impact

Popular images of the last days of the (non-avian) dinosaurs typically feature a huge meteorite crashing into the earth. The evidence for a major meteorite impact at the end of the Cretaceous is well accepted: this includes a large (partially submerged) crater over 100km wide in Mexico’s Yucatan peninsula and a worldwide spike in the element iridium, an element that is extremely rare on earth, but abundant on meteorites, in Late Cretaceous rocks.

However there is increasing evidence that the meteorite impact wasn’t the only factor in the dinosaurs’ demise. Massive volcanic eruptions in the Late Cretaceous transformed the Indian subcontinent into a hellish setting of huge fissures gushing lava, lava lakes hundreds of kilometres wide and lava flows hundreds of kilometres long. These eruptions were accompanied by outgassing of massive quantities of carbon dioxide and sulfur dioxide, changing the composition of the atmosphere and oceans, and putting ecosystems under stress. The relative timing and importance of the meteorite impact and volcanic eruptions are hotly debated but for many scientists the meteorite impact was merely the straw that broke the camel’s back.

All dinosaurs were big

Much of the popular appeal of dinosaurs rests on the fact that they were big. You can't deny the awe-inspiring size of plant-eating beasts such as Argentinosaurus (over 30m long and 50 tonnes in weight) and carnivores such as Spinosaurus (up to ca. 18 m and 20 tonnes).

All dinosaurs were scaly

Well-preserved imprints of dinosaur skin from around the world show us that dinosaurs had scaly skin, but palaeontologists have recognised that many dinosaurs also had feathers. This paradigm shift is largely thanks to spectacular discoveries of feathers preserved on over 50 dinosaur species from the famous Early Cretaceous Jehol fossil beds of China, including small, bird-like dinosaurs such as Microraptor, and large cousins of T. rex such as Yutyrannus. In fact, feathers are known from dinosaurs from around the world, preserved in sedimentary rocks and also in amber.

If geological time were a 24 hour clock, the dinosaurs would have gone extinct around 10.45pm and modern humans wouldn't appear until 15 seconds before midnight

Until relatively recently, many scientists believed dinosaurs to be cold-blooded like their living reptilian relatives. Nowadays, however, there are various lines of evidence that suggest many dinosaurs were actually warm-blooded. These include details of the chemistry of dinosaur eggshells, which show that at least some dinosaur eggs were grown at temperatures higher than the surrounding environment. Other evidence includes the preservation of downy feathers over the body of dinosaurs such as Sinosauropteryx.

The progressive shrinking of theropod dinosaurs over time would have meant that less energy would have been required to keep warm. Even the giant herbivorous dinosaurs may have had a style of warm-bloodedness called gigantothermy thanks to heat generated by the fermentation of ingested plant matter and stabilisation of their internal temperatures due to their sheer bulk. Being warm-blooded is often considered an "expensive" lifestyle for animals as it requires more energy and more food, but it allows animals to remain active at night and during the winter when there are no heat sources in the environment.

Dinosaur colours are made up

Popular depictions of dinosaurs often feature striking colours and patterns that are easy to dismiss as the product of artistic license. But we now have scientific evidence of the colours of many dinosaurs, in the form of preserved granules of the pigment melanin – melanosomes – in the feathers of several dinosaurs (and ancient birds).

From RTÉ News, report on the Dippy the dinosaur exhibition at Belfast's Ulster Museum

During the Triassic, Jurassic and Cretaceous periods of Earth history, various reptile groups roamed the Earth, such as the giant flying pterosaurs and terrifying marine reptiles such as the ichthyosaurs, plesiosaurs and mosasaurs. These fossils, plus other prehistoric creatures such as the predatory Dimetrodon with a striking large bony sail on its back, are often considered dinosaurs.

But these fossils are all separate groups and are definitively not dinosaurs. Pterosaurs and dinosaurs share a common ancestor that lived in the Triassic, the lineages leading to the marine reptiles and dinosaurs split in the late Permian or early Triassic, and Dimetrodon existed over 40 million years before dinosaurs. Crucially, all of these fossils lack the distinctive arrangement of hip bones that is unique to dinosaurs.

The T. rex was a predator

The size, jaws and ferocity of T. rex has been an obsession of the media for decades, with classic depictions being of a giant, flesh-tearing predator. Yet some recent studies suggest otherwise. Biomechanical analysis and computer modelling of how the skeleton connected shows that thanks to its long limbs, running after prey would place excessive loads on the skeleton, enough to break T. rex’s bones. This contrasts with earlier models that produced higher, running speeds for T. rex, and suggests that T. rex was limited to walking speeds. In turn, this raises questions about T. rex’s ability to catch prey, and supports other evidence that T. rex was a scavenger, especially as a fully-grown adult.

From RTÉ Archives, Michael Fisher reports for RTÉ News on the 1992 Dinosaurs Alive exhibition in Belfast

Many depictions of prehistoric earth feature a cornucopia of ancient beasts and early humans with hunter-gatherer lifestyles co-existing. While our ancestors certainly did share their environments with some creatures that are unusual or downright bizarre by modern standards, including the woolly mammoth, sabre-tooth cat, giant ground sloth and giant carnivorous terror birds, they lived long after the extinction of non-avian dinosaurs 66 million years ago.

Our genus – Homo – originated just over two million years ago, and anatomically modern humans – Homo sapiens – and the Neanderthals emerged sometime between 300,000 to 200,000 years ago. If geological time were a 24 hour clock, the dinosaurs would have gone extinct around 10.45pm, humans would have branched off from other primates around 11.58pm and modern humans wouldn’t appear until about 15 seconds before midnight. 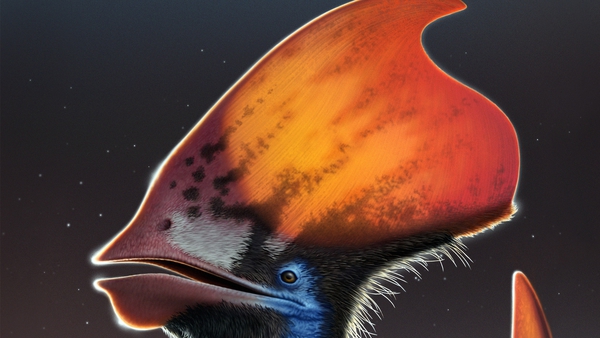 How a new discovery solves ancient mystery about flying reptiles