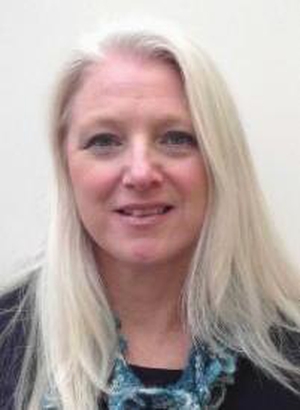 Opinion: less than 7% of the Irish Defence Forces are women despite leadership commitments to gender equality

The Irish Defence Forces were exclusively a male only organisation until 1980, when women were given the opportunity to join. Since the lifting of the non-combatant policy in 1992, they have also been free to engage in all roles, yet as of April 2018, they represent only about 6.9% of Defence Force staff (596 of 8,847). 50% of women serving are mothers. Women also represent only 4.2% of total military personnel in UN peacekeeping missions, to which the Forces contribute.

As of 2019, just 33 women have joined and remained over the past four years. These numbers persist, in spite of leadership that professes commitment to gender equality and policies designed to enable it. Numerical, adjustment (an increase in women) redresses gender imbalance and can affect institutional character in long run. Rosabeth Kanter's critical mass theory postulates that minority percentages past 35% can equal institutional and societal change, so change occurs solely with numerical increase.

But greater numerical parity will not necessarily challenge women's inequality in a traditionally masculine dominated institution. What is required is fundamental, structural change, affording women the opportunities of genuine influence, achieved by equal power sharing. This entails equal access to decision-making and the resources to implement decisions. As well as asking if women are present and in what proportions, we need to know the amount of power they hold. Given "equal opportunity", will women show up in equal numbers if structures treat them equally?

From RTÉ Archives, RTÉ News report on the 38 women who marched into history in 1981 as the first female recruits to the Irish Defence Forces

Women have had equal opportunities since 1992, but a focus on equal opportunities alone ignores the fact that personal choices are influenced by social context and gender stereotypes. As Siobhan Mullally pointed out in Gender, Culture and Human Rights (Hart Publishing, 2006), "individuals cannot be understood outside their economic and social contexts which constrains life choices" and choices are influenced by the unequal distribution of power in society.

Retention of working mothers is linked to family-friendly organisational cultures. Post motherhood, women no longer act like "conceptual men" and organisational culture must respond. If women feel valued, this will effect their recruitment, commitment and retention. "Policies must reflect the fact that career paths of women differ from their male counterparts. Until this is the case, the Forces ‘will experience unacceptable rates of female turnover." Equivalent treatment considers existing realities of disadvantage to enable the possibility of real equality.

From RTÉ Radio 1's Doc On One, Keeping the Peace - Her Story looks at Sharon Duggan, one of the first women recruits to the Irish Defence Forces who embarked on a lifelong ambition to serve in Lebanon as part of the UN peacekeeping forces

The "value-added" women bring to military scenarios makes their participation essential. Mark Mellett, Forces Chief said "we need more women in our Defence Forces not just for peacekeeping but for everything else. It is a capability issue and an essential enabler to maximise our capabilities. Better gender balance in key leader decision-making gives better outcomes." These comments are indicative of cultural change. It's an acknowledgement that gender inequity is a moral issue but equally impedes capability, as it does not maximize the potential of all.

The UN Secretary-General similarly stated "more women in uniform have been shown to increase the protection reach of our missions", and he spoke of the value of  ‘different thinking’. The value that women have been able to bring to military contexts is widely recognised and studies concur that an increased percentage of women is beneficial to operational effectiveness.

Some argue recognisance activities force "token" women into traditional, roles, by compelling female staff to serve in liaison rather than combat positions. This may reinforce inequality, via reliance on gender stereotypes. Female troops have referred to "secondary negative effects", whereby they are pigeonholed into civil-military positions instead of combat, in line with gender requirements. Advocating gender without addressing the political project of gender equality risks "selling gender while selling it out".

To contribute equally, women must be empowered to do so

How can more women be recruited and retained in the military? To contribute equally, women must be empowered to do so. A move towards genuine equality requires a change to entrenched norms in the structures, management and internal hierarchy that cause disadvantage, and the implementation of special policy measures to ensure equivalent treatment. This is not only the correct thing to do, equity-wise, but also the most efficient thing to do as well, in terms of achieving policy and military objectives.

Sally Anne Corcoran is a PhD candidate at the Irish Centre for Human Rights at NUI Galway. She is an Irish Research Council awardee