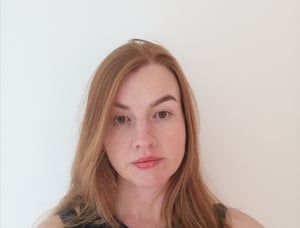 The word hero comes from heros, the Greek word meaning protector. The concept of hero has existed for centuries, first appearing in Homer's Iliad. In ancient folklore and mythology, heroes were often the strong, warrior-type characters who offered physical protection to others.

People continue to use the term hero frequently in everyday life and the media. In our research, 66% of people sampled across 25 countries indicated having at least one personal hero. But what does the label "hero" mean in modern life?

To answer this question, we embarked on a series of studies to understand better the defining characteristics of people that are labelled heroic. To our surprise, 26 characteristics were consistently mentioned when describing a hero, highlighting the complexity of the term. The most defining characteristics of heroes included bravery, moral integrity, courage, conviction, honesty, willingness to protect others and self-sacrificing. That research shows that heroes are celebrated for both their agency (asserting the self, striving for achievement and competence) and communion (merging and co-operating with others), two aspects of the human psyche that are often described as opposing dimensions.

From RTÉ Radio 1's This Week, Mary McGill from NUI Galway on if it really matters what role models are portrayed in children's cartoons

There are three types of heroes: martial heroes (people trained to handle dangerous situations and routinely put themselves at physical risk for their duty), civil heroes (everyday citizens who risk their lives to intervene in emergency scenarios) and social heroes (individuals who behave heroically in the service of ideas). Often sacrificing their time, finances and social status, social heroes work to serve their community. Whistleblowers, political activists and religious figures fall into the category of social hero. Commonly named social heroes include Nelson Mandela, Greta Thunberg, Mahatma Gandhi, and Malala Yousafzai.

Naming heroes is often a subjective and personal process as there can be disagreements about who is or is not heroic. Some heroes are treasured by entire groups or societies, while others are treasured by a minority few.  Despite the variety of heroes that people name, most display the defining characteristics of heroes mentioned above.

Adults typically describe heroes differently to role models, although there are some areas of overlap. Role models can be good or bad, are often geographically close to us and are people we observe in detail and wish to emulate (or be like). Heroes are not necessarily geographically close, may be dead or alive, and may be people we have never met. Heroes are typically people who risk a great deal to challenge the status quo in pursuit of their values or ideals, many of whom have endured great hardship and self-sacrifice and therefore, we would not wish to emulate. While heroes are often flawed, they are, for the most part, considered virtuous and moral. Some heroes are also role models and vice versa.

From RTÉ Radio 1's Drivetime, Joe O'Connor on why Hugh O'Flaherty is the true Irish hero

Role models offer us guidance for how we might like to behave. In the workplace, a role model may be one or two steps ahead on the career ladder. In sport, a role model may demonstrate superb competence and motivate us to keep striving for self-improvement. Research indicates that role models in a self-relevant domain can help us feel more positive about ourselves and inspired when we feel that we can accomplish a similar level of success. However, when we feel we cannot live up to the standards or accomplishments of our role model we feel self-deflated.

Although we typically do not wish to emulate our heroes, they do influence adults psychologically in several ways. Unlike role models, heroes are not described as self-deflating. Perhaps because we know that a hero’s behaviour is exceptional or extraordinary, so we do not make direct social comparisons. According to our research, there are three broad psychological and social functions provided by heroes: (i) enhancing the lives of others; (ii) modelling morals and (iii) protecting others both psychologically and physically.

Heroes enhance our lives by inspiring, motivating, guiding, instilling hope and improving morale and make other feel more positive about the self and others which boosts feelings of social connectedness. They model morals and values, remind others about the good in the world, and make the world better (and inspire us to do likewise). Heroes are sometimes described as moral symbols that serve to shift our focus away from self-centred concerns.

Heroes protect others by saving others, helping others, acting against danger or injustice, acting when others do not, and acting on behalf of vulnerable individuals or groups. They protect us from death or injury by intervening in emergency situations and protect us psychologically by helping us to get through tough times. Thinking about the great challenges endured by our hero may make our own challenges lessen in comparison.

Several sociologists, psychologists, and philosophers have noted that humans need external reference points for goals, standards, and ways to behave – needs which can be met by role models and heroes. At times in our life (such as life transitions) or at times in history (including time of economic or political uncertainty), our need for role models or heroes may be greater. When honourable heroes are not available, we may turn to pseudo-heroes, celebrities, online "influencers" and negative role models to fulfil our needs.  The challenge is, perhaps, to become aware of the people that are influencing our lives – including our heroes and role models (if we have them) – and question the extent that we admire and embrace their values and behaviours.

Dr Elaine Kinsella and Dr Eric Igou will be hosting the third biennial Heroism Science Conference at the University of Limerick on May 7th and 8th 2020. The title and theme of this international conference is "Exceptional Leadership and Heroism: Enriching Communities and Enhancing Lives".

Dr Elaine Kinsella is a lecturer in psychology and Director of the RISE (Research on Influence, Social Networks and Ethics) Lab at the Department of Psychology, at University of Limerick. She is a former Irish Research Council awardee