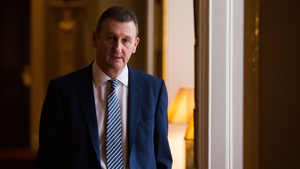 Analysis: the outbreak has the potential to cause unprecedented damage to tourism businesses home and away

According to the World Health Organisation, there have now been over 3,000 deaths associated with the coronavirus outbreak across the world. What may have been seen as a Chinese issue is now very much a global problem. A reflection of the fast pace of change has been the steep falls in global stock market indices linked to the spread of the virus.

This new development marks a significant change in sentiment and clearly shows the global potential of the virus to disrupt both global supply chains and the conduct of all other business outside of manufacturing. Ironically, the virus may have a greater negative short run impact on "globalisation" and the conduct of business than the protectionist sloganeering of "Trump" and the "Brexiteers".

A crisis can often focus attention on important issues and activities that generally go unnoticed when the world is functioning normally. The outbreak of the virus has put a clear focus on just how globalised and interconnected economic activity has become, particularly since the emergence of China and other emerging economies to world commerce since the 1980s.

From RTÉ Radio 1's News At One, Tourism Ireland's Niall Gibbons assesses the likely impact of the coronavirus on tourism events, including the St Patrick's Day festivities

The manufacture and distribution of products increasingly involves integrated supply chains that require inputs from many countries before final assembly and distribution. The recent collapse of supply chains associated with the closure of factories in China has already led to shortages of certain products across the world and has underscored the globalised nature of the international economy.

The spread of the virus has particularly focused attention on the globalised nature of international tourism and how the sector may be affected by the spread of the virus. The growth of international tourism has been one of the enduring and most significant forces driving the world economy since the 1950s. From a mere 25 million international tourism arrivals in 1950, the numbers reached 450 million in 1990 and then quickly exploded to 1 billion arrivals by 2010. By 2018, the number of arrivals had increased to 1.4 billion and is estimated by the United Nations World Tourism Organisation to account for $1.4 trillion and 7% of the value of world goods and services.

This phenomenal growth has been driven by various factors over the years, most particularly the growth of new technologies, new lifestyle trends associated with growing global prosperity and the advent of low cost airlines, which made international travel affordable for the masses. The explosion of tourism numbers over the last 30 years can also be attributed to the emergence of the middle classes in the newly affluent and highly populated countries of the world such as China, Brazil and India.

From RTÉ News, a report on how tourism is one of the sectors expected to take a big hit from Brexit

The movement of such a massive number of people and the associated expenditure of such tourists (for leisure and business purposes) has a profound impact on national, regional and local economies across the world. Moreover, tourism activity often happens in places that industry finds unattractive as a location for investment. Spending by visitors on sporting and cultural events, shopping, accommodation, restaurants, visitor attractions and as business visitors at conferences, provides a massive stimulus to local economies and employment.

Such expenditure is vitally important in a country like Ireland and Failte Ireland estimates that foreign exchange earnings from international tourists amounted to €7.4 billion in 2018. Add in expenditure by domestic tourists and the overall value of the industry is in the region of €9.4 billion. As a result, any disruption to tourism activity can have a major impact on employment across the country.

The news that the virus had spread to Italy and to other countries in Europe has caused considerable anxiety for tourists, potential tourists and the wider tourism industry. Research from the Global Business Travel Association shows widespread business meeting cancellations and postponements are taking place worldwide. The International Air Transport Association has predicted that the coronavirus will reduce global airline revenue by $29.3 billion in 2020, arising from a contraction in global air demand. While this is the first such contraction since the global financial crisis of 2008 to 2009, it needs to be recognised that virtually 95% of this projected loss will be for Asia/Pacific carriers.

From RTÉ Radio 1's Morning Ireland, Simon Calder, Travel Editor with the London Independent, discusses the cancellation of Ryanair flights due to the coronavirus outbreak

Increasing incidents of tourists having to be quarantined in apartment blocks and hotels has added considerably to anxiety and uncertainty. Google searches reveal a surge in enquiries related to insurance cover related to the virus if trips are cancelled. Potential tourists are more likely to adopt a "wait and see" approach before booking as the crisis unfolds. In Ireland, we have seen the virus cause the cancellation of the Ireland/Italy international rugby fixture in order to protect "public health". We may yet see curtailments around the St Patrick's Day festival.

As this crisis unfolds, our policymakers are faced with the predominant concern of protecting public health, yet must also be mindful how any decisions made will impact on business. Last week, the United Nations World Tourism Organisation and the World Health Organisation issued a joint statement which underlined "putting people and their well being first" and emphasised that the World Health Organisation "did not recommend any travel trade restriction based on the current information available". As of now this is the best advice to guide decision-making.

As information is relayed and decisions are made in relation to the spread of the virus, Irish policymakers would be wise to be cognisant of the interests of all stakeholders in tourism. For the last 70 years, the tourism sector has always rebounded quickly once a crisis has been averted so let's hope that our public health officials can soon contain this crisis