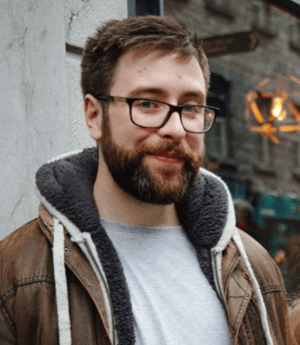 Imagine describing pain to a robot. Where would you begin? A good start might be to describe it as an alarm system. You could draw a diagram of nerve cells sparking electrochemical messages to one another: Touch a hot stove, a nerve ending is triggered and a signal is sent. The spinal cord bounces back the reflexive flinch away from the heat before your brain even feels the first jolt of pain. After that comes the dull, throbbing, slow-wave pain of damaged tissue, the ache that makes you mind your hand while it heals. Scientists call this alarm-system model "nociception": the perception of harm.

But pain is more than just a check-engine light on a dashboard. It's a cognitive and emotional state as much as it is a physical state, and fully understanding pain means understanding how each of these factors interact. In one case reported by the British Medical Journal, a screaming builder was brought to the emergency room after jumping from a scaffold onto a seven-inch nail. The nail had punched straight through the bottom of a steel-toe boot and out the far side. Touching the nail was agonising, and, fearing the worst, doctors gave him the powerful opioid painkiller Fentanyl before pulling the nail out from below. But the boot came away cleaner than expected because the nail hadn’t even broken the skin. It had simply passed between his toes like a sandal strap. The patient had felt a pain so intense he needed to be sedated for an entirely simulated injury.

So if there was no physical injury, where did the pain come from? The answer is partially down to how the brain combines information sources from different senses. As anyone who gets carsick can confirm, the brain often has trouble assembling an accurate picture of the world when it receives contradictory inputs. If your inner ear tells you you're moving but your eyes tell you you're sitting still, you get queasy. In the builder's case, visual input seemed to indicate an injury, despite what his foot might have been telling him.

RTÉ Brainstorm podcast on back pain

A vivid illustration of this type of sensory contradiction is the fact that up to 85% of amputees by some estimates still feel some degree of "phantom pain" from the missing limb. The neuroscientist V.S. Ramachandran reports a case of a patient who felt as if their missing hand was painfully clenched shut.

Ramachandran put together an ingeniously simple solution. He had the patient place their remaining hand on the table next to a mirror, so the mirror-image overlapped the phantom hand, and told the patient to unclench both fists. Seeing the mirror-hand unclench, the patient's brain released the phantom limb’s grip and the pain disappeared (for the curious/morally flexible reader, a nasty prank version of this experiment also exists where the experimenter hits a fake arm with a big hammer).

These cases show that you don't need to experience real physical harm to experience very real pain. But what about the opposite, people who we would expect to feel pain but don't?

From RTÉ News, a report on a woman with rare genetic mutation which means she doesn't feel pain

Genetic mutations can give rise to congenital insensitivity to pain. This might sound like gaining superhuman invulnerability, but it’s actually a huge liability and many sufferers die young from injuries that go unnoticed and untreated. Perhaps even stranger are patients who can still feel pain, but don’t have any negative feelings about it.

Writing in 1928, researchers Schilder and Stengel encountered a seemingly pain-proof brain injury patient. When pricked with a pin, pinched or tapped on the hand with a reflex hammer, the patient would laugh and say "oh, pain! That hurts!" before curiously turning her hand over to try it again. She wasn’t numb – she knew it hurt, as distinct from simple touch – It just had no real emotional significance for her.

This condition is known as pain asymbolia. Schilder, Stengel and others noted that their asymbolic patients didn’t flinch from sudden movements or startling noises, and they didn’t react to verbal threats like "I’m going to pinch you now".  They were so shockingly indifferent to immediate danger that one man was badly burned by standing serenely while his apartment went up in flames around him. These cases highlight how the experience of pain doesn’t always cleanly correspond to the underlying physical trauma.

This distinction has serious clinical importance for the many sufferers of chronic pain. Chronic pain can be defined as pain which continues after the originating damage has healed, and it can sometimes last for years more than it should. At this point, the pain itself becomes a separate medical issue, requiring specialist care. According to a recent EU survey it affects one in five Europeans, and the impact on quality of life can be serious enough that sufferers have double the suicide risk of the general population.

But despite the seriousness of chronic pain, sufferers continue to face stigma. People affected by chronic pain are constantly asked to prove they aren’t hypochondriacs, attention-seekers or malingerers, even to their carers. A quarter of chronic pain sufferers reported that their doctors were unhelpful or dismissive of their complaints and only 8% of chronic pain patients were referred to specialised pain clinics.

However, increasing awareness and new medical technologies should be grounds for optimism. Spinal cord stimulation (SCS) implants can be placed into the lower back, where they use a small electric current similar to a pacemaker to effectively add static to the pain signal in the spinal cord, significantly lessening its intensity. In cases where drugs or other therapies have failed, the relief these devices can provide can be life-changing. An end to pain lets people play with their kids, exercise, work, feel, and live unhindered again.

Chris Lally is a PhD student in biomedical engineering at NUI Galway. He is part of Cúram, a Science Foundation Ireland centre for research in medical devices.