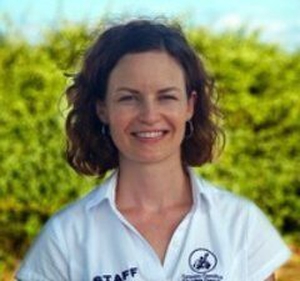 Opinion: they are a proven solution to many of the problems around the staggering loss of biodiversity in our oceans

The global ocean covers 71% of the surface of the planet, contains 97% of the earth’s water and is rich in biodiversity. It provides essential ecosystem services which make life on earth possible, including food, water, oxygen and climate regulation.

But despite this vital role, the oceans are in crisis, facing unprecedented threats as a result of human activity. Throughout 2019, several alarming reports were issued by respected cohorts of international scientists highlighting that biological diversity, including marine biodiversity, is declining globally at rapidly increasing rates. The Global Assessment Report on Biodiversity and Ecosystem Services, known as the IPBES report, revealed that two thirds of the marine environment had been "severely altered" by human activity and approximately one third of reef forming corals, sharks, and marine mammals face extinction.

The human drivers contributing to this staggering loss of biodiversity were cited as overfishing, pollution, land and sea use change, including coastal development for infrastructure and aquaculture, with climate change intensifying their negative impact on marine biodiversity. The IPCC issued two special reports in which it described how warmer waters and ocean acidification are leading to major shifts in species distributions, resulting in changes to ecosystem structure and functioning, eventually leading to loss of globally unique biodiversity.

From National Geographic, why we need more marine protected areas

Marine protected areas are a proven solution to some of these problems. In a nutshell, these areas are a management tool which involve the restriction of human activities, at some level, in order to conserve the marine environment. They can vary widely in their degree of protection, depending on the pressures to the site and conservation needs, and can include a large variety of zoning and management schemes, ranging from single to multiple-zoning and from no-take to multiple-use areas.

In recent decades, they have been widely endorsed by scientists and policy makers alike as an effective conservation tool when designed, managed and enforced appropriately. Benefits include improved fisheries, increased ecosystem resilience, enhancement of ecosystem services and socio economic benefits such as job security and food provision.

2020 will be a pivotal year for the future of the oceans. Already dubbed a "super year" for nature, 2020 will see the culmination of several deadlines for key international processes concerning biodiversity and the conservation of the oceans, including the 2010-2020 Strategic Plan for Biodiversity and the status of Sustainable Development Goal (SDG) 14, both of which included a target to protect 10% of coastal and marine areas by 2020. The post 2020 global biodiversity framework, due to be agreed in October, aims to renew the 2010-2020 Aichi Targets, many of which were not met.

From the International Union for Conservation of Nature, a guide to the Global Standard for marine protected areas

The first draft of the new framework increases the global target of protected area coverage to 30% by 2030. This is a positive start and in line with scientific consensus that the previous target of 10% was insufficient to adequately conserve biodiversity and maintain marine ecosystem services. While global coverage stood at 7.6% by the end of 2019, it is a subject of debate among scientists as to whether this amounts to real protection, given that many states simply designated large areas without the corresponding management or enforcement measures. Encouragingly, the post 2020 draft framework states that at least 10% of protected areas should be under "strict" protection.

One of the most anticipated events of the year will be the final round of negotiations for a new international treaty to protect marine biodiversity in the high seas, which will take place in March at the United Nations in New York. The high seas make up 60% of the global ocean and are part of the global commons, managed collectively with no single state having regulatory authority.

High seas ecosystems are particularly at risk of ecological degradation due to a fragmented international legal framework which has led to weak or absent regulation of human activities. There is currently no overarching legal framework in place for the designation of marine protected areas on the high seas, resulting in only 1% of protected area coverage. There are high hopes that the new treaty will resolve this significant governance gap.

From RTÉ News, a 2016 report on how part of the Antarctic Ocean was designated as world's largest marine protected area

While marine protected areas can help to restore ecosystem resilience and mitigate some of the damage caused by human impacts, they are not a quick fix solution to the wider ocean crisis. Unfortunately, many areas are merely "paper parks", without a proper enforcement regime in place. They are also primarily static in nature which is insufficient to protect highly mobile species or shifting species distributions under a changing climate.

The impact of climate change on the oceans requires a rethink of traditional approaches to the design of marine protected areas, with mobile areas being proposed as a potential solution. The most recent report on the status of SDG14 revealed that expansion of marine protected areas is insufficient to combat the adverse effects of overfishing, ocean acidification and coastal eutrophication without increased efforts and interventions in specific sectors such as fishing, agriculture and industry.

It is obvious that 2020 offers ample opportunities for the international community to do something constructive in response to the dire warnings issued by the IPCC and IPBES. Given that 2019 has just been listed as the hottest on record for the oceans, and with scientists warning that we are dangerously close to tipping points in ocean decline if action is not taken, it is fair to say that the future of human civilisation, which is so closely intertwined with the wellbeing of our oceans and natural ecosystems, depends on these global efforts bearing fruit.

Sarah Ryan Enright is a PhD researcher in the Centre for Marine and Renewable Energy (MaREI) and the School of Law at UCC.