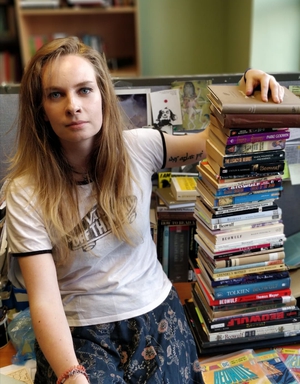 Analysis: here's how the epic poem Beowulf and its 3,182 alliterative lines is in the process of becoming Boyo-wulf

Thus begins the Old English epic Beowulf, a poem which has attracted a huge amount of attention since the Victorian era, being translated by figures like William Morris and Seamus Heaney, and adapted by the likes of Michael Crichton and Robert Zemeckis. The cult of Beowulf is seen in the beloved works of Tolkien, the music of The Mountain Goats and Marillion and has been translated into at least 20 different languages, from Latin to Danish and from Hungarian to Japanese.

While Nobel Prize winner Heaney's translation was sprinkled with numerous Hiberno-English terms throughout its lines (such as "bawn" and "bothie"), it may be said that the alliterative verse of the Old English poem, originally intended for oral rendition, is particularly suited to the sing-song accent of Cork city. And so, Boyo-wulf was born.

As of now, the translation is a work-in-progress. First began as a fun project, it has transformed into something a bit more serious. After all, the act of translation is one that is more complex than it initially appears. For example, not every word has an English equivalent which similarly expresses its sentiment. Take the German term Schadenfreude, the pleasure we derive from somebody else's misery; this does not have an English equivalent. So, how do we translate such a term? When it comes to Beowulf, how do we translate the work of a culture that we know relatively little about?

Translation is also affected by the translator’s own cultural background and biases. Can we ever truly translate a text without also putting some of ourselves, our culture, or our values into that translation? Hugh Magennis, professor emeritus of Old English in Queens University Belfast, notes that "each translator produces an individual take on Beowulf and presents a particular interpretation. All translation, as with reading, is interpretation, by nature always partial and incomplete, and singular"

Translating Beowulf as a young(-ish) woman in a postcolonial 21st century Ireland will no doubt result in a different approach to the poem than one by someone else. It is a singular act of interpretation, shaped by cultural background and by personal experience.

From BBC4, historian Michael Wood looks at Beowulf and other Anglo-Saxon classics to trace birth of English poetry back to the Dark Ages

There is also the issue of how language and dialect affect translation and how that language affects how the translation is interpreted and understood by the reader. Those who are not familiar with Cork slang may find reading (or listening to) Boyo-wulf a perplexing experience. For a Cork native, however, the translation would be much more understandable, and perhaps even more understandable than a translation which uses inaccessible language, such as William Morris’s Victorian translation , a rendition so full of archaisms and false-medievalisms that it is basically unreadable.

And so, the opening lines of Beowulf are transformed into the following:

C’mere to me! Well we’ve all heard of those pure daycent kings of the Spear-Danes from donkeys’ years, and how the mad yokes of princes did alright for themselves.

The origin of the term "langer" and the Munster Fusiliers who were stationed in India and had to deal with the long-tailed and annoying langur monkeys.

Much of the translation uses recognisably and uniquely Corkonian slang, such as feen ("man", borrowed from Shelta), gaff ("house"), class ("great"), young fella ("son"), and mee-aww, a term my mother sometimes uses for someone who complains an awful lot and which derives from the Irish mí ádh, "ill fortune". The translation also, of course, includes langer, usually used to refer to a disagreeable person, and which has numerous possible origins, the most interesting of which is recounted by Darach O'Séaghdha in Craic Baby: Dispatches from a Rising Language. O'Séaghdha discusses the origin of the term "langer" and its possible bearing to the Munster Fusiliers who were stationed in India and had to deal with the long-tailed and annoying langur monkeys.

But probably one of the most interesting slang terms with regards to translating an Old English poem is yoke, a Hiberno-English term which can refer to anything at all, particularly a thing which you cannot recall the name of ("Pass me that yoke there, will ya?"). The late Terence Dolan suggested that the term comes from Middle English yokke, itself from the Old English geoc, a frame worn on the neck of an animal, usually to enable the pulling of a plough. While this is what the term still means in the wider English tongue, it appears that in Ireland it extended its meaning to encompass pretty much anything.

From RTÉ Radio 1's Morning Ireland in 2013, the late Terence Dolan discusses a new edition of A Dictionary of Hiberno-English

When translating Beowulf into Cork slang, it is important not to overdo it with the local lingo to the point that it verges on caricature. While humour is an important aspect of the translation, it should not move into the territory of mockery or spoof. During the translation process, it is essential to recite the lines out loud until they sound natural. If we were to imagine that Beowulf was still a word-of-mouth poem, performed by a storyteller or a seanchaí, or even by one of the locals in a Cork pub, how would it sound?

While Boyo-wulf is first and foremost a humorous take on the poem, it is also an experimental play on language. The translation aims to bring new life to a poem whose canonical status often contributes to the view of it is an inaccessible and even boring poem, and in return the poem highlights the musicality and lyricism of the Cork dialect.